When a fox cub in Germany was orphaned, a motherly Collie and friendly Bengal decided to step in.

Dinozzo, the three-week-old fox, was found after his mother got hit and killed by a car. While most baby animals can’t survive the harsh world all alone, this little guy was lucky enough to be rescued and taken to a vet. 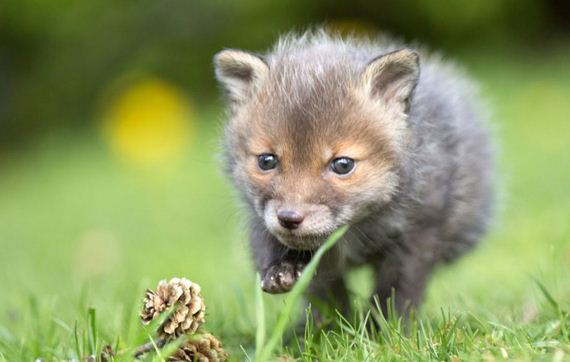 Werner and Angelika Schmaing, a couple in Oberscheld, heard about little Dinozzo and decided to adopt him. Their family includes a Bengal cat named Leopold, a sweet Collie named Ziva, and two piglets. The animals have a huge yard to roam, which Dinozzo can easily access through the cat door! 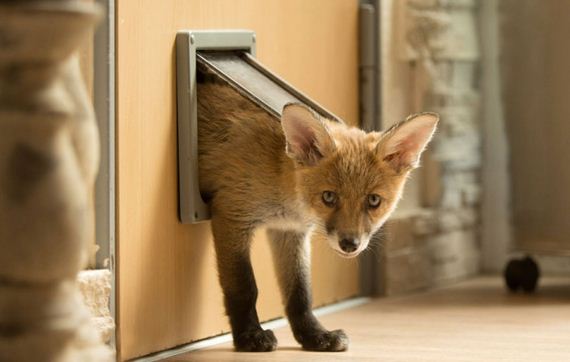 It wasn’t long before Dinozzo formed an especially close bond with new Mama Ziva, and kitty Leopold has also welcomed him into his new home. He has since gained strength and is a happy, healthy young fox! 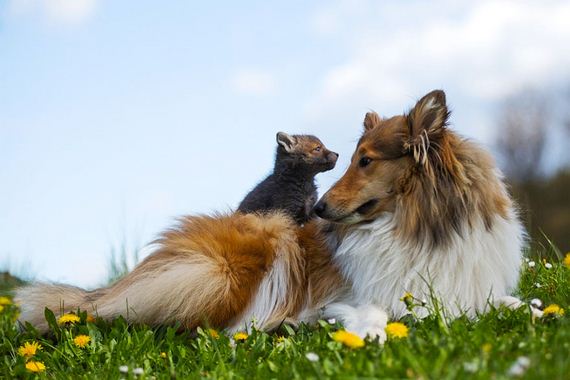 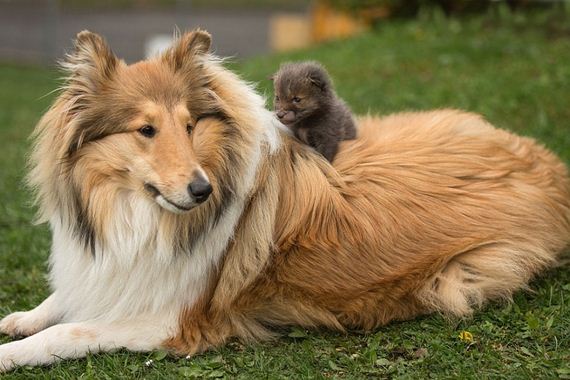 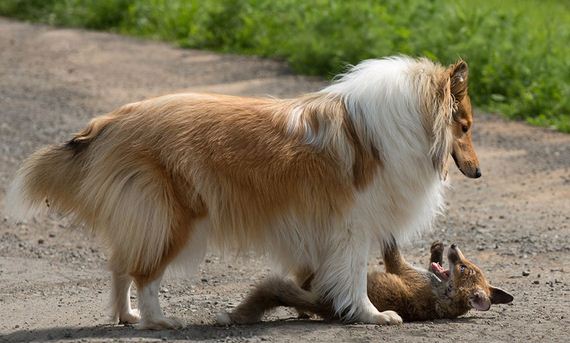 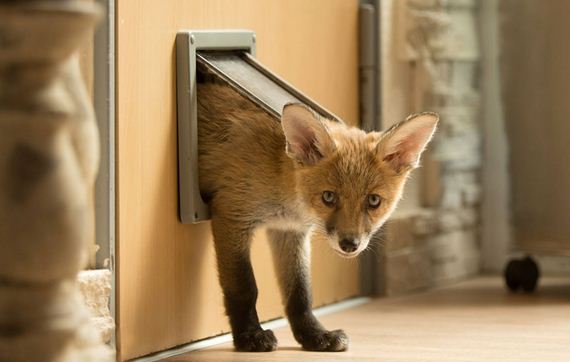 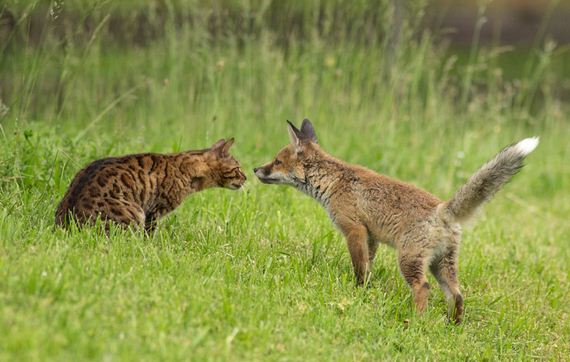 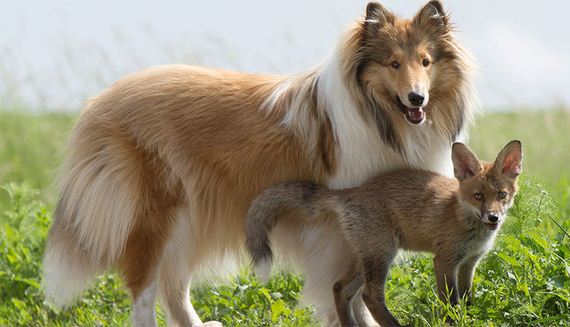 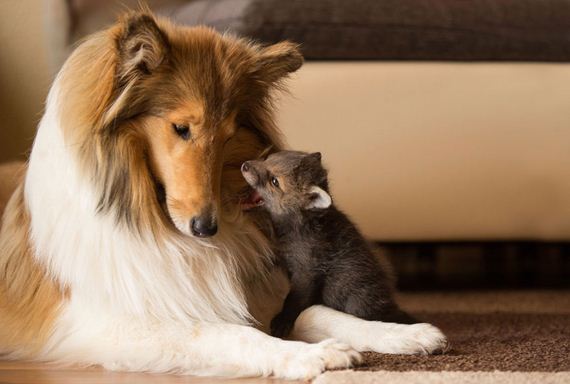 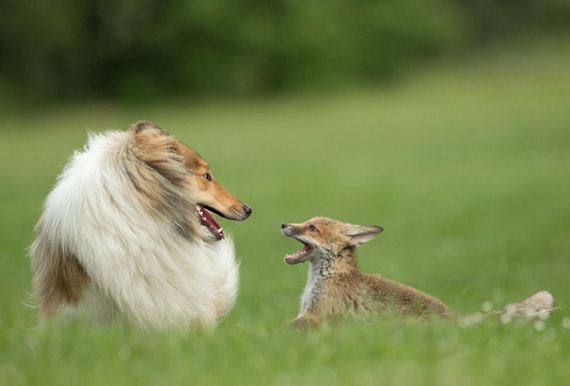