Rescuers encountered a heartbreaking scene of rows and rows of rusty metal cages filled with dogs shaking in fear. Their food and water bowls were empty and no bed in sight. Hundreds of dogs that would have faced a brutal death will now be saved, and brought to a shelter to find loving homes.

Humane Society International (HSI) is on the ground – thanks to generous donations and hard work- they are shutting down another dog meat farm in South Korea. Simon Cowell – famous for being an outspoken television judge on American Idol,The X Factor, and America’s Got Talent- heard about the need for donations to help close down the dog meat farm and donated £25,000 (just under $33,000). 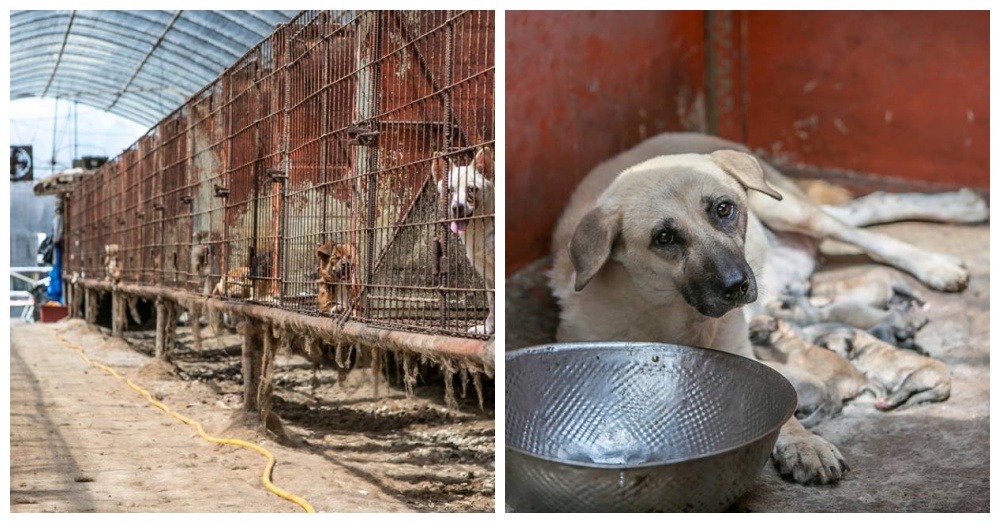 Slowly, a country that is known for eating dog meat is starting to shift away from the heart-wrenching tradition. “Eating dog meat is increasingly falling out of favor, especially with young Koreans, with its popularity probably at an all-time low, and the older (60+ years and largely male) population as the main consumers today. It is mostly eaten during the Bok-Nal days in July and August, the hottest three days of the summer according to the lunar calendar, during which time many South Koreans believe that eating dog meat soup (Boshintang) will cool the blood and boost energy or vitality,” states HSI. 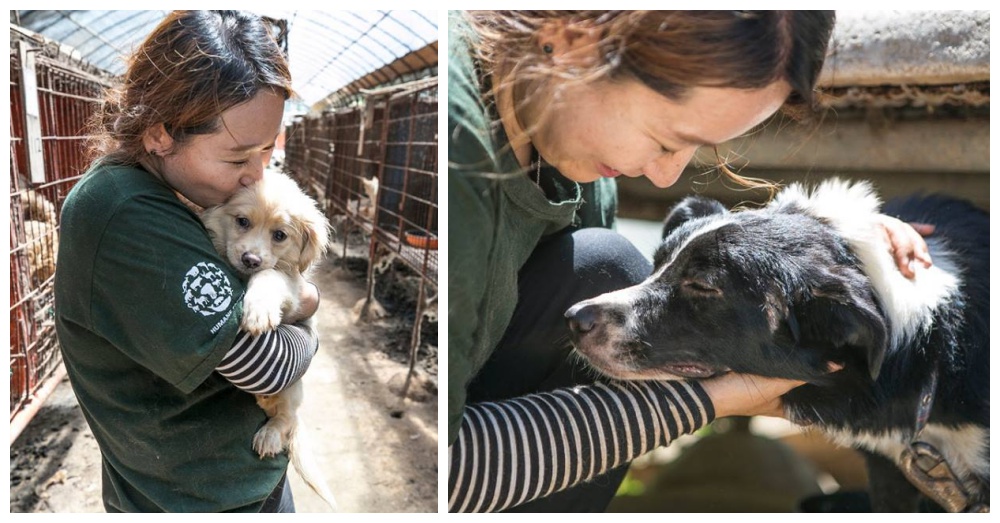 A small rusted crate held a mother and at least eight puppies, who were climbing all over each other begging for attention. The fear and sadness in the dogs’ eyes almost bring the rescue team to tears. It will take time to earn the trust of some of the dogs, while others are just so happy to be held. Over 200 dogs will be rescued from the deplorable conditions in which they live. Rescuers are on the ground preparing the dogs for their flight to forever homes. 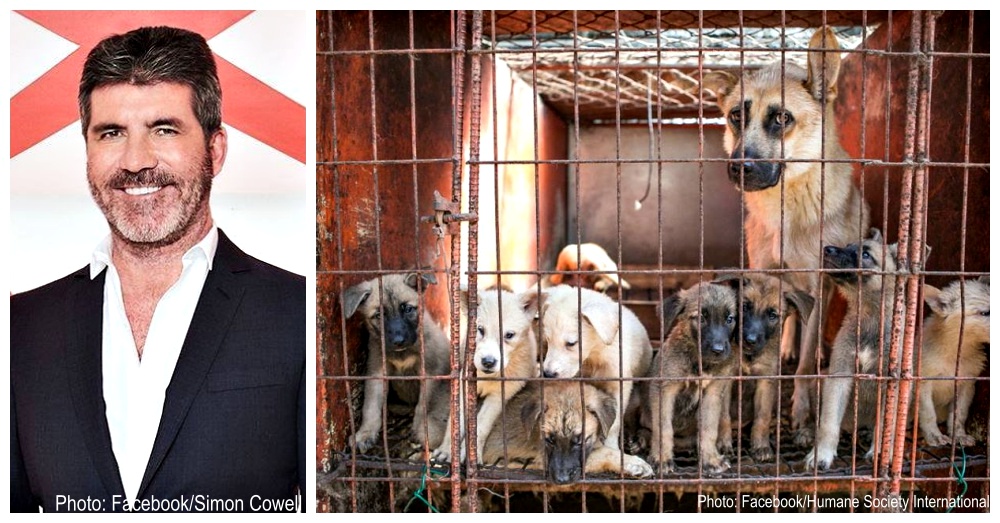 Simon Cowell has supported HSI’s #EndDogMeat campaign other times as well. Last year, he told Good Morning Britain, “It’s like eating your friend. It’s the fact you’re eating such a kind, helpless, sweet animal.” His continued support and generosity is greatly appreciated by all the rescued dogs. 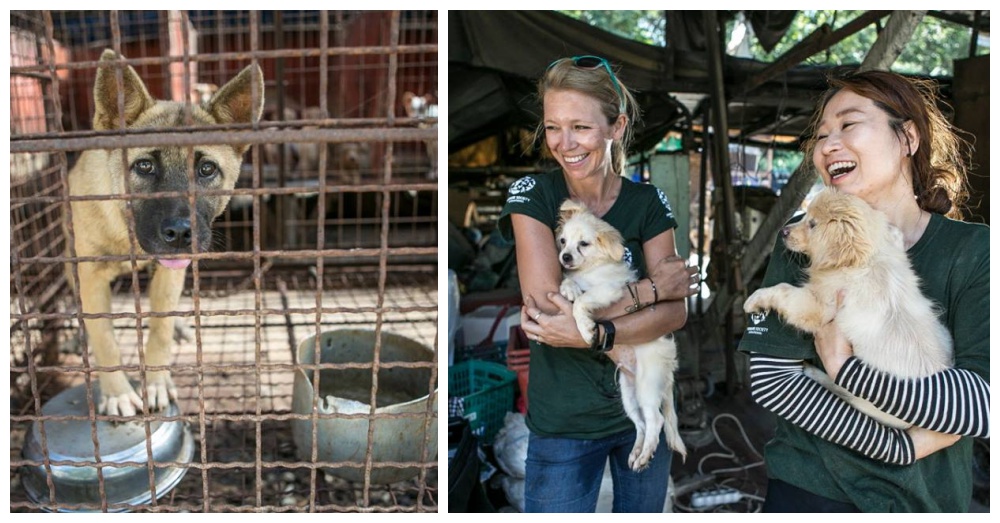 To date, HSI has saved over 1,400 dogs from brutal deaths on dog meat farms in South Korea. With continued support, HSI is hoping to shutdown all of the dog meat farms.

These innocent and adorable dogs will finally experience a gentle touch. For the first time, they will be held and loved. Once the dogs are safely removed from the property, HSI will post where to adopt them.