Crammed in small wire cages, too small to stand up or move, is how most of these dogs spent their days waiting to be dragged off to slaughter. However, thanks to an amazing rescue team, they now have a brighter future filled with love.

Dog meat farms are slowly being shut down by the Humane Society International (HSI). They have been hard at work in South Korea since 2014, raising awareness of the cruelty and working on permanently closing dog meat farms. This will be the 11th dog meat farm they have shut down in the country, saving over 80 dogs at this location. 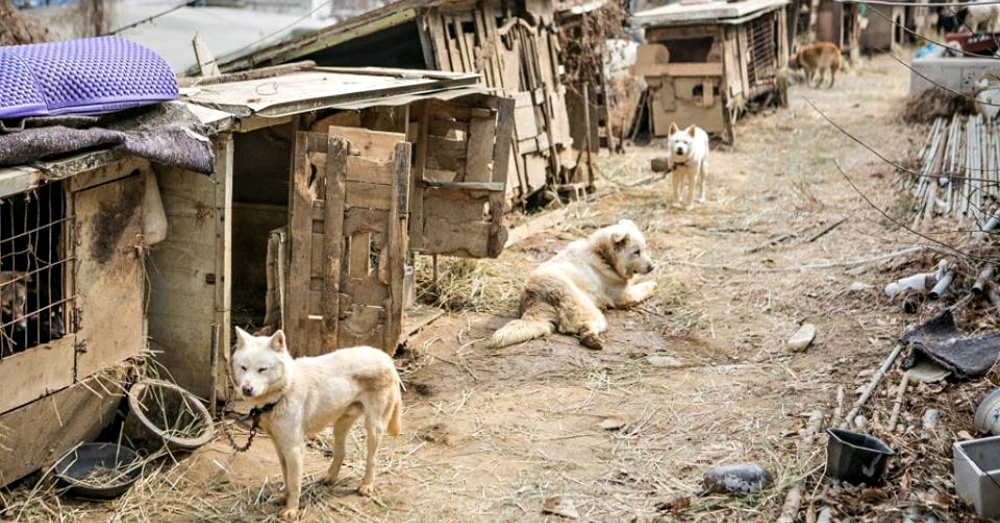 All of the dogs will be flown to Montreal, Canada, to a shelter to begin their journey to recovery and health. For the first few weeks, they will have their health and behavior evaluated. Then they will receive the necessary treatment and training to help them become the companions they were meant to be.

Many of the dogs are Great Pyrenees mixes, but all breeds are found on the farm. Christopher, named by an HSI team member, is a friendly Great Pyrenees who ended up at the farm after his family no longer wanted him. This sweet boy does not know his size and just wants to sit in your lap and be petted. It is heartbreaking to see all the wagging tails, and all they want is attention. 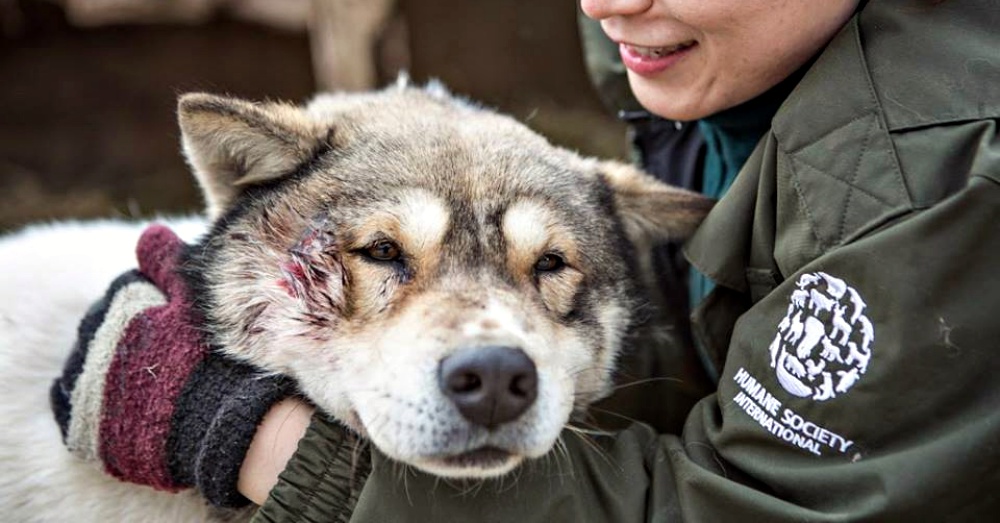 Simba, a husky mix, was found with an open wound that had not been treated. No medical care is given to the dogs, since they are bound for slaughter. Thankfully, he will now receive the care he needs and a loving home.

Puppies are also part of the rescue. Dog meat farms are constantly breeding as well. One puppy, named Beemo, already has a forever home when he arrives in Canada. Gus Kenworthy, who has supported and adopted a dog meat farm dog before, had his heart stolen by Beemo. They met when he visited the farm while he was participating in the Winter Olympics. 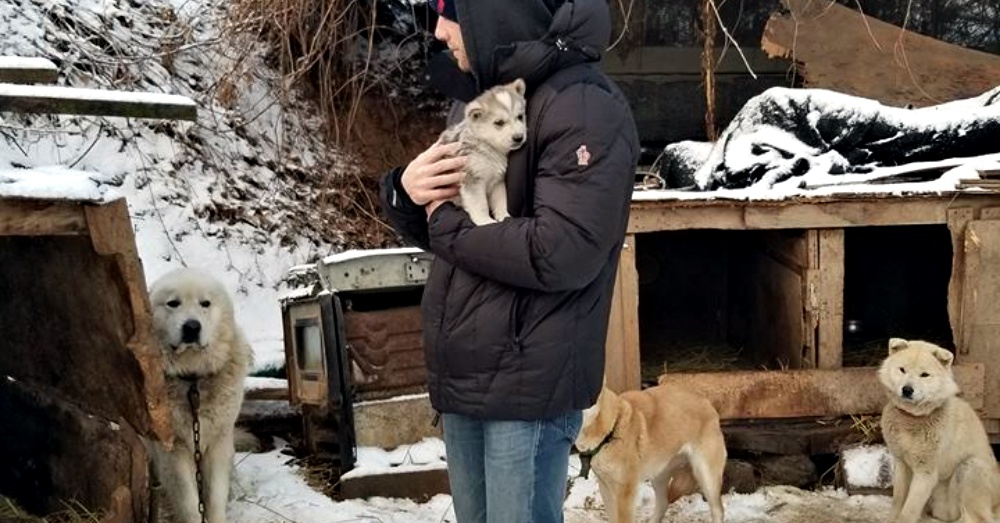 All of the dogs were living in poor conditions, either crammed in a too-small cage with multiple dogs or chained on a 1.5-foot chain to a makeshift cage. The dogs were not even provided the necessities to live, like fresh water, shelter from the elements, or enough food. One of the HSI team members says, “can you imagine how good that must taste,” as she pours fresh water into a bowl for a dog.

Meanwhile, all the dogs are wagging their tails and begging for a pat. They are starving for attention just as much as they are for food. If you are interested in adopting one of the rescued dogs, you can visit the HSI website, where they will list the dogs once they are ready for their forever homes. 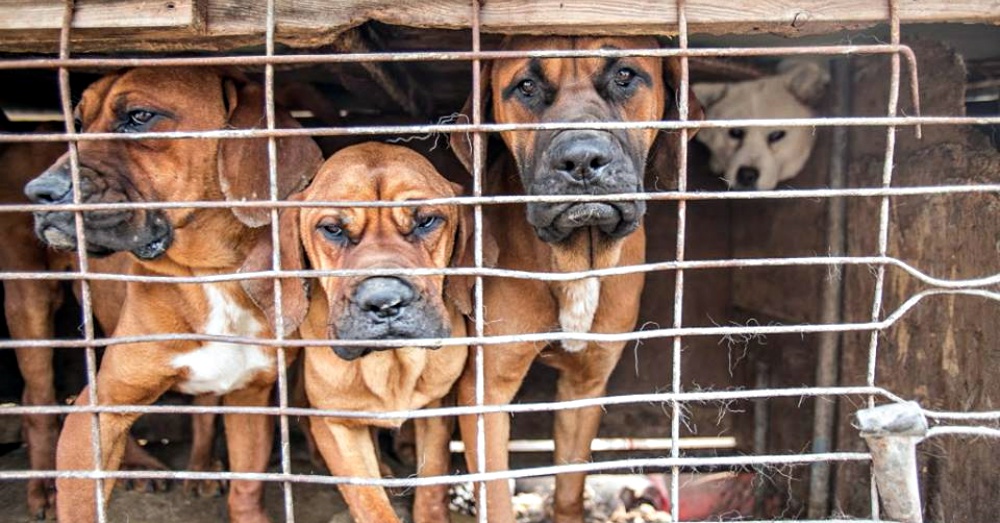 Upon arriving at the farm in February, HSI took pictures and videos to show the public that just a few miles from the Winter Olympics was a dog meat farm with 80 dogs suffering. After signing a contract with the farmer, the team scheduled the rescue and removal of all the dogs.

The farmer has signed a contract with the HSI stating he will never breed dogs again and that the land will be used to farm mushrooms. HSI will assist the farmer in turning the property into a mushroom farm. They will also perform checkup visits after the transformation to be sure the farmer is following the contract. 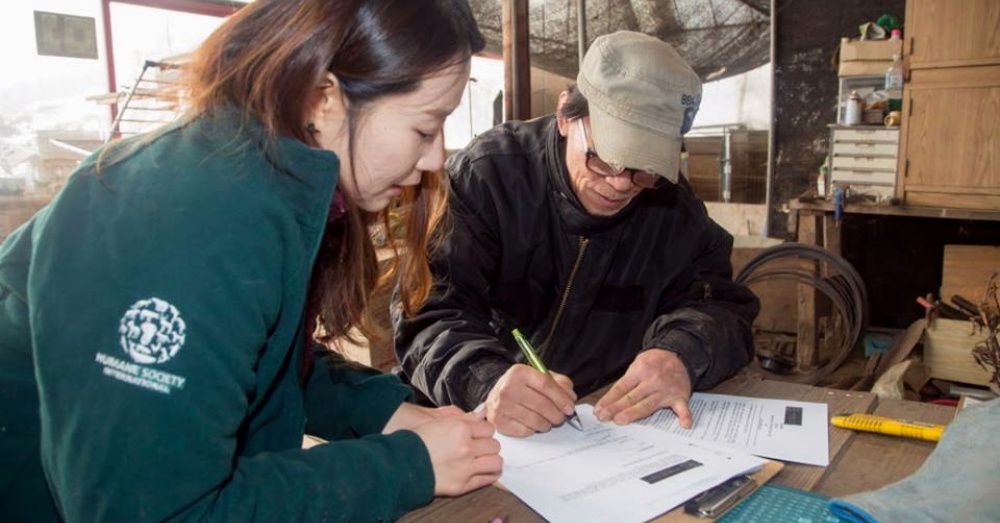 Sunny, one of the over 80 dogs on this dog meat farm, takes a long drink of fresh water. Who knows how long it has been since he has had water.