Everyone has heard the old saying about cats and dogs not getting along, but this isn’t always true. There are many cats and dogs that live peacefully together in the same house. Sometimes, these animals can even become friends!

For a great example of cats and dogs getting along, check out this video of a cat meeting his new foster siblings. 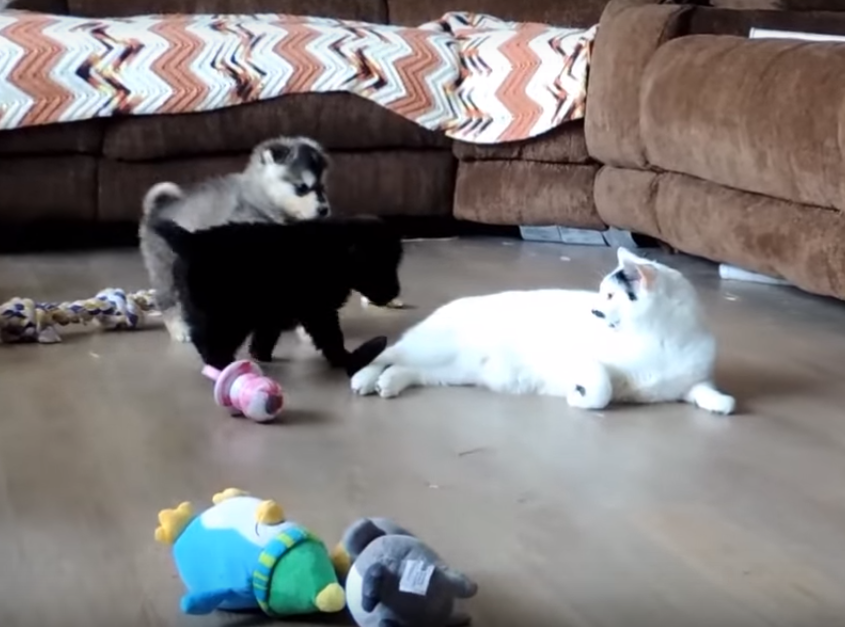 The video shows two puppies, Storm and Shadow, meeting Finn the cat for the first time. The tiny six-week-old puppies are curious about the cat, and they lick him, bat at his tail, and sniff him. Finn is completely calm while the puppies examine him. 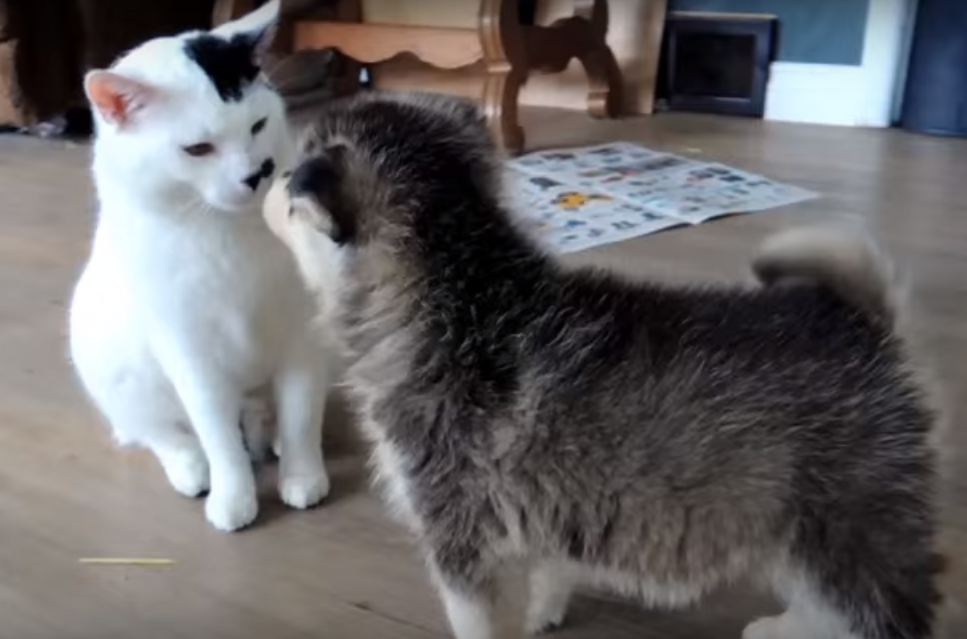 Finn remains calm, cool, and collected while one of the rambunctious puppies licks his chin. And Finn doesn’t run away when both puppies start licking him and jumping on him. Finn seems to know that the puppies don’t mean any harm—they just want to learn more about their new friend. 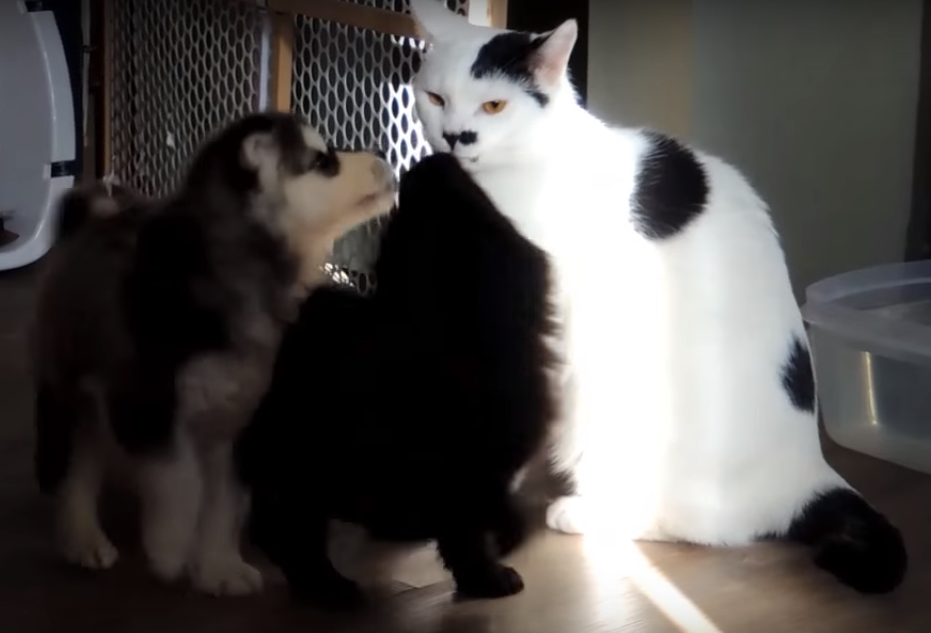 In the YouTube comments for the video, some people worried that Finn felt threatened by the puppies. 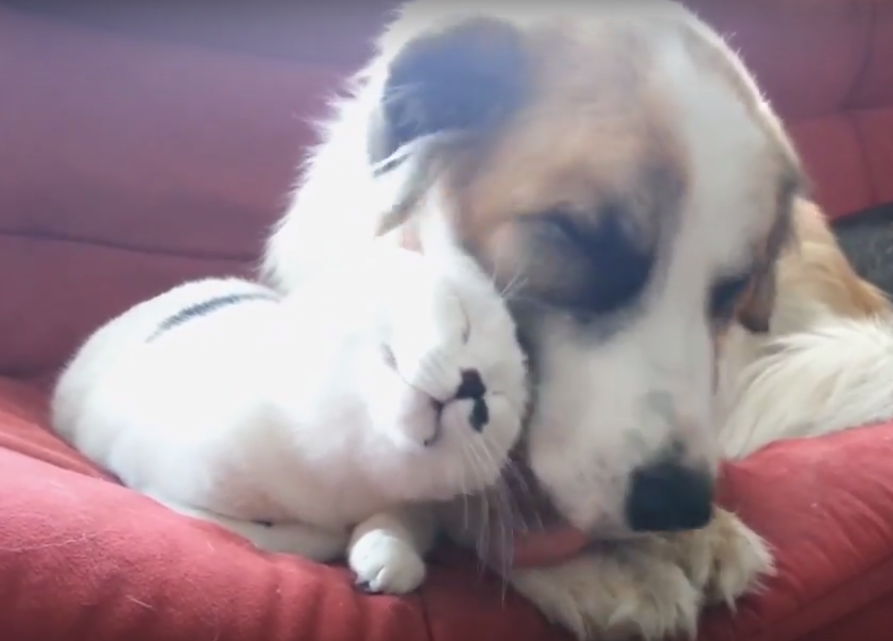 One of the reasons why Finn wasn’t bothered by the puppies’ antics is because he has a lot of practice dealing with dogs.

Finn lives with a Great Pyrenees/Siberian Husky mix named Jetta and a St. Bernard/Mastiff/Rottweiler mix named Gracie. On her YouTube channel, the animals’ owner shares videos of the pups and cat. The videos show how much Finn loves hanging out with the dogs.

Finn is singlehandedly proving that cats and dogs can get along. We’re very impressed with this cool cat’s patience and puppy babysitting skills!