I couldn’t imagine ever experiencing something as scary as thinking that I’ve lost my beloved pet. After a dog fell 40 feet down a snowpack, his woman was beside herself. The incident happened at the Stewart Falls on Mt Timpanogos, which is located in Utah. 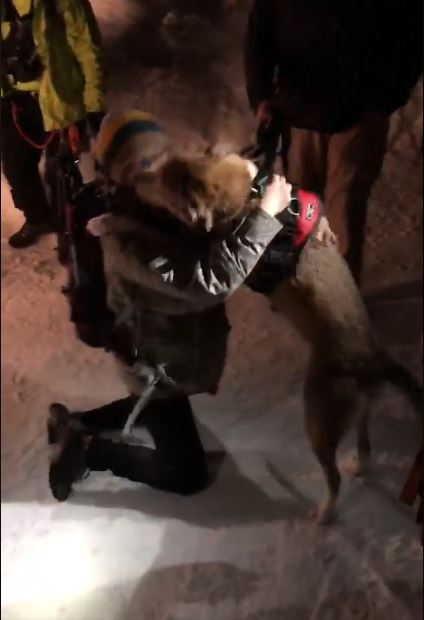 Not sure what to do, or if she’d ever see her beloved dog again, she turned to the Utah County Sheriff Search and Rescue team for help. When they arrived, they were ready to turn the ending into a happy one. As they explained, the dog had become trapped after falling into the crevasse. As it turned out, he’d fallen after trying to cross a snow bridge that had been previously created by an avalanche.

Immediately getting to work, the team began to carefully excavate a hole in the snow in order to create a tunnel. From there they were able to gain access to the trapped dog. Fortunately, the rescue mission was a success and they were able to proudly write on Facebook, “A team member was then lowered down and the dog was successfully rescued.” 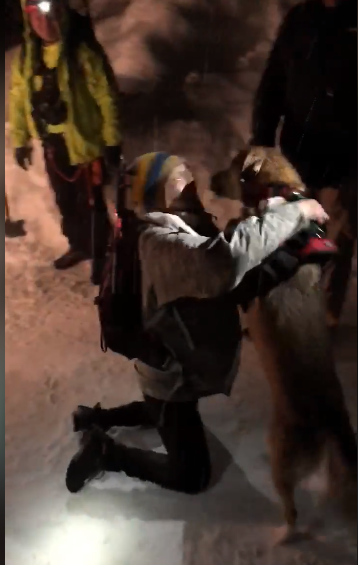 While the rescue itself wasn’t filmed, the emotional reunion afterward was filmed. And it was definitely a tearjerker. It is clear that both the dog and the woman were beside themselves with relief and joy. It’s a sentiment that I’m sure all pet owners can relate to.

Watch the emotional union in the video below: