Being a pet parent to a puppy can be pretty exhausting. They’re definitely a lot more work than a kitten that is for sure.

I, personally, prefer kittens because the potty training is super easy – takes less than five minutes – and once that is over, it’s pretty smooth sailing and hours of fun. But not necessarily with a puppy.

A puppy practically needs constant supervision to make sure they’re not chewing on things they shouldn’t be, or going to the bathroom indoors. As a result, a lot of pet parents might look to helpful means of keeping their pups from getting into trouble. 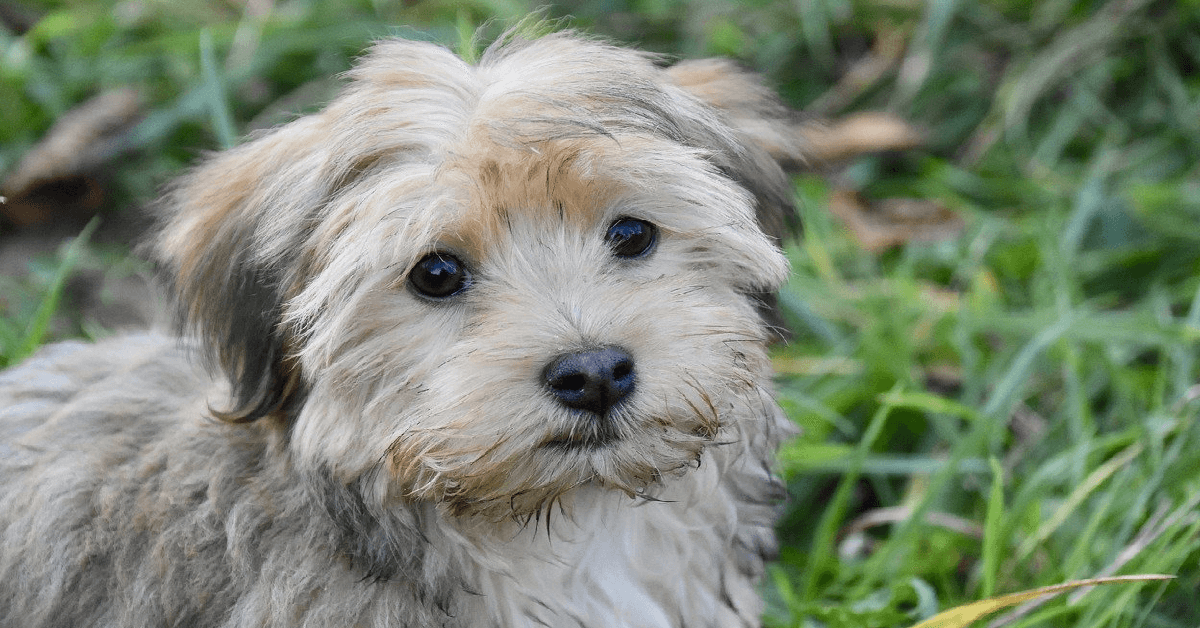 Enter the playpen! They aren’t just for human babies, they also work well for little puppies too – at least when you can keep them inside a playpen.

As we all know, some puppies can be rather devious tiny escape artists. But there was one little puppy that didn’t necessarily have to come up with a master plan to get out of his playpen. He simply just had to walk out, much to the chagrin of his owner. 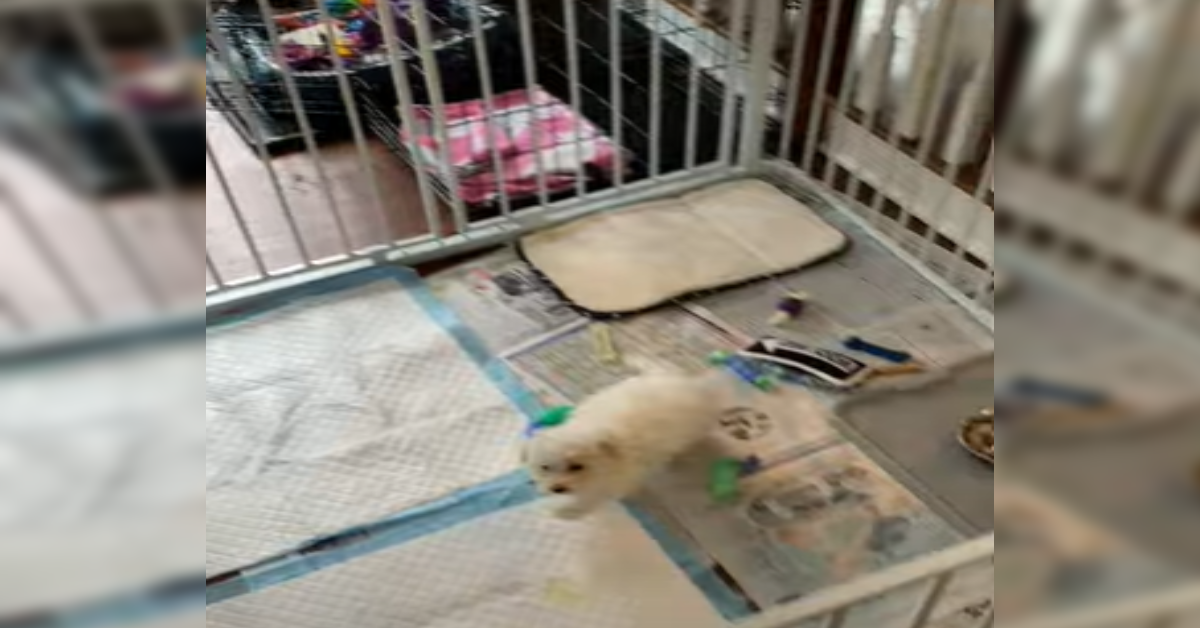 The puppy, Buster, was filmed on camera just walking casually through the playpen’s bars. We can only imagine how annoying it must’ve been for his owner to spend time putting together the playpen, only to watch it fail to work like it’s supposed to.

His owner wrote in the video caption, “Buster, our 8 week-old HavaPoo was just put into a built playpen. The playpen was unassembled and I have two other puppies so sitting on the floor, putting it together was a challenge and it took about 3 hours to assemble.” 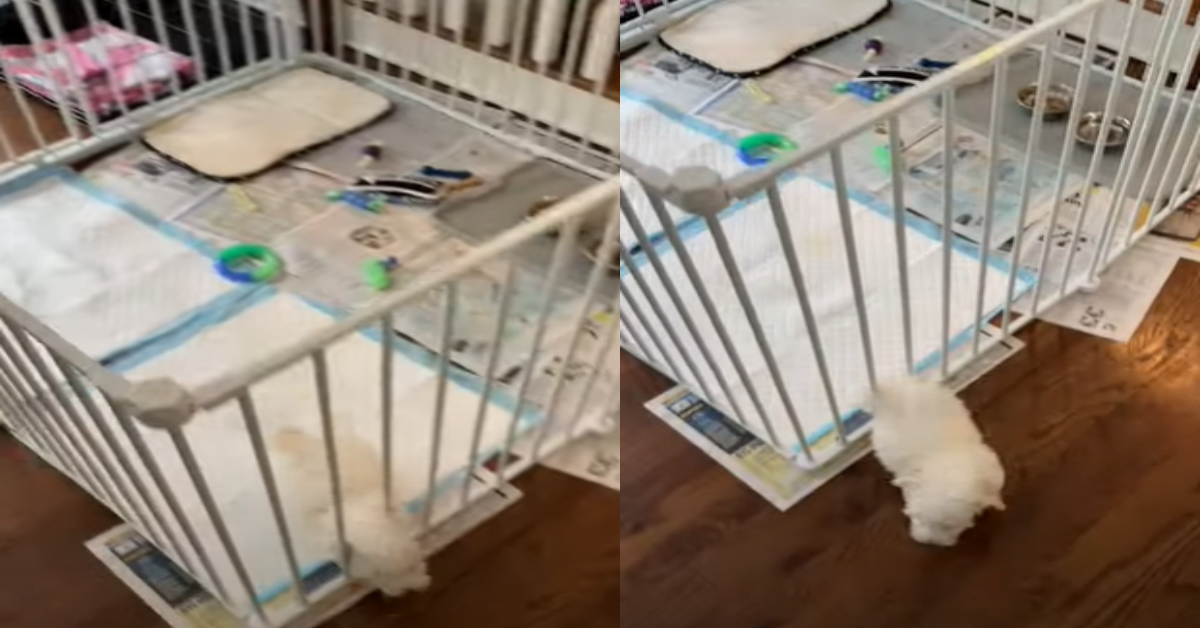 His owner further added to the story, “This is the video of me putting him in the pen for the first time. I did not account for the floor.”

Watch the hilarious video below: