This story originally appeared at Shareably.

Baby animals have to make up 99% of all the content on the internet – who doesn’t love watching that stuff? Lots of us have these little animals in our homes (we call them pets) and still can’t get enough!

We could all learn a bit (as pet owners) from watching this hilarious video of a dog and kitten.

Bailey is a famous golden retriever whose YouTube channel is huge! She has close to a million subscribers over her different channels and is watched by people all around the world. She is absolutely hilarious and has special segments that people love to see her react in.

In one of the segments, Bailey meets all different sorts of animals. She has met ducklings, babies, bunnies, and more!

Through the series, Bailey has had the opportunity to meet some pretty cute friends. Thankfully, he is such a gentle dog that he takes these new meetings in stride. For such a cute dog, his heart is even cuter.

Bailey finally got the chance to meet a kitten and it’s pretty amazing. 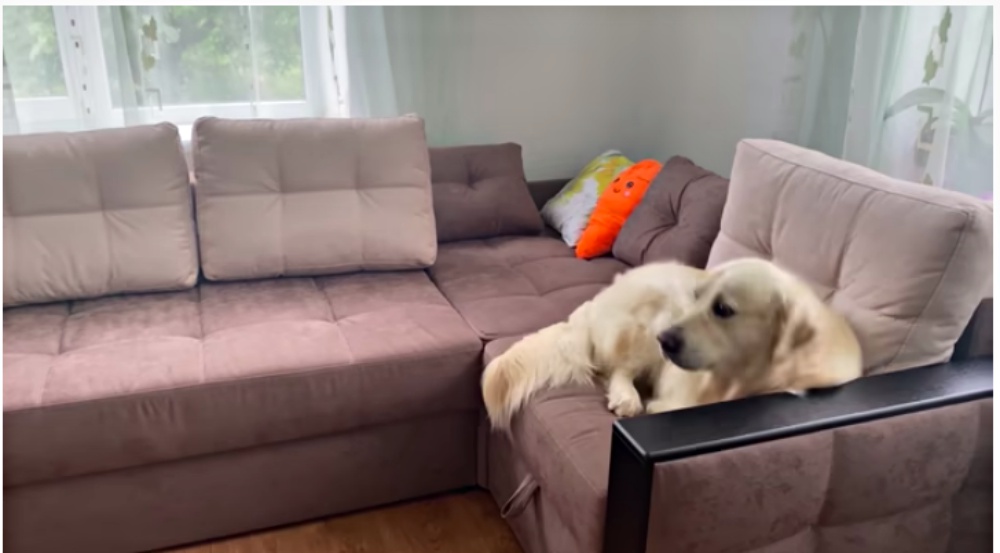 Sitting on the couch, Bailey shows his laid-back personality. He is straight chilling. After a moment, his friend comes in with a tiny bundle of fur in his hands. Bailey has no idea what it is but we do!

Hopping off the couch, he hides behind the armrest because he doesn’t know what the man is holding!

He’s a fraidy-dog! Bailey jumps off the couch and hides because he is afraid of what the strange object could be. 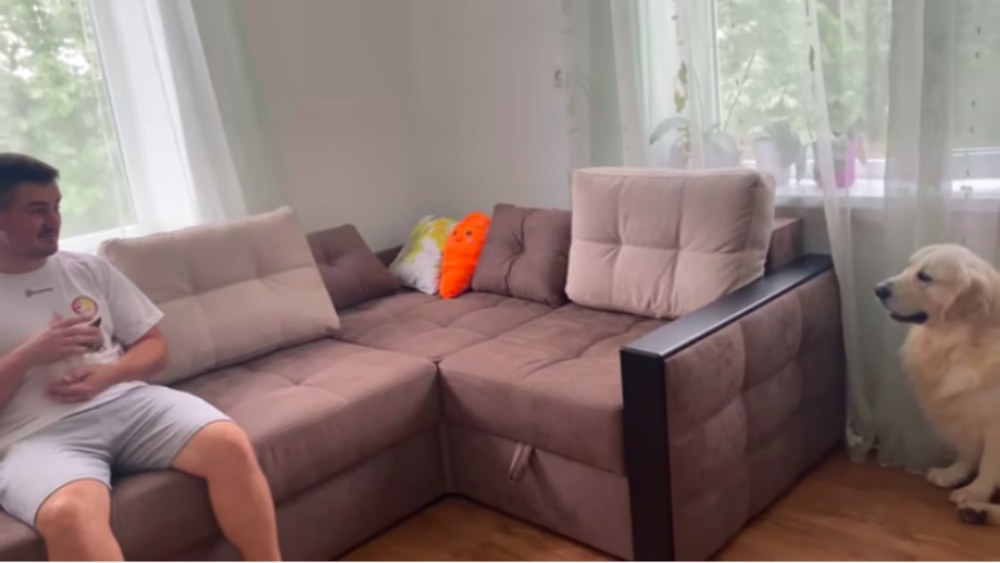 Letting out a few “gruffs”, he sits and watches carefully. You can never be too cautious when it comes to humans! The man gets up and brings the little thing closer to Bailey – then Bailey runs away! He seems to think something is up.

In order to make this work, the humans needed another plan. 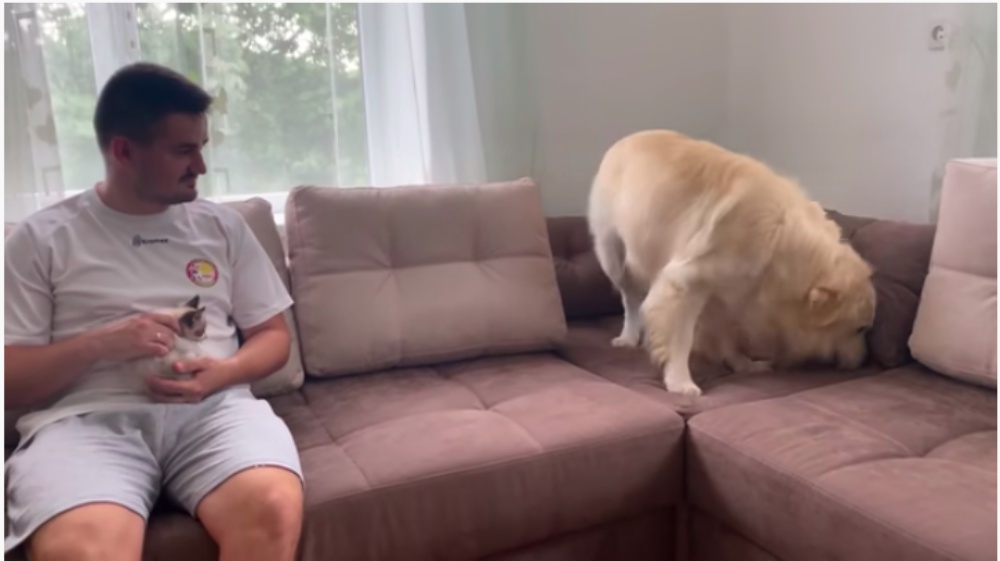 After he gets settled, they bring the kitten in. With the furball in hand, they slowly bring his attention to the little kitten in their hands. In an almost rebellious way, Bailey refuses to even look at them!

There must be some serious cat trauma in his past! 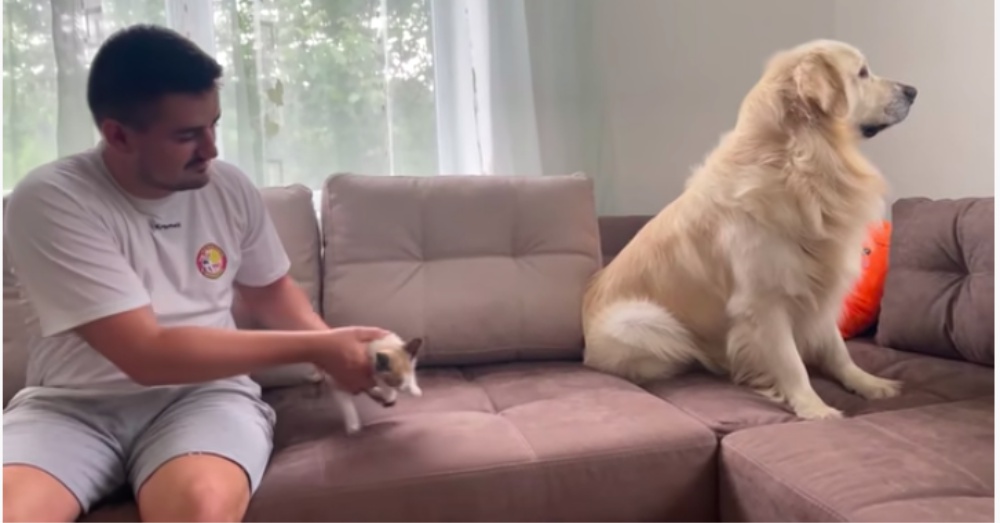 Who knows what happened to Bailey as a pup, but every time he sees the cat, he jerks his head away. Climbing up onto his friend’s lap is a great way to get over his fear. Bailey has to get carried like a baby to see the little kitten!

Bailey barks and doesn’t seem to be all that pleased with the little kitten. 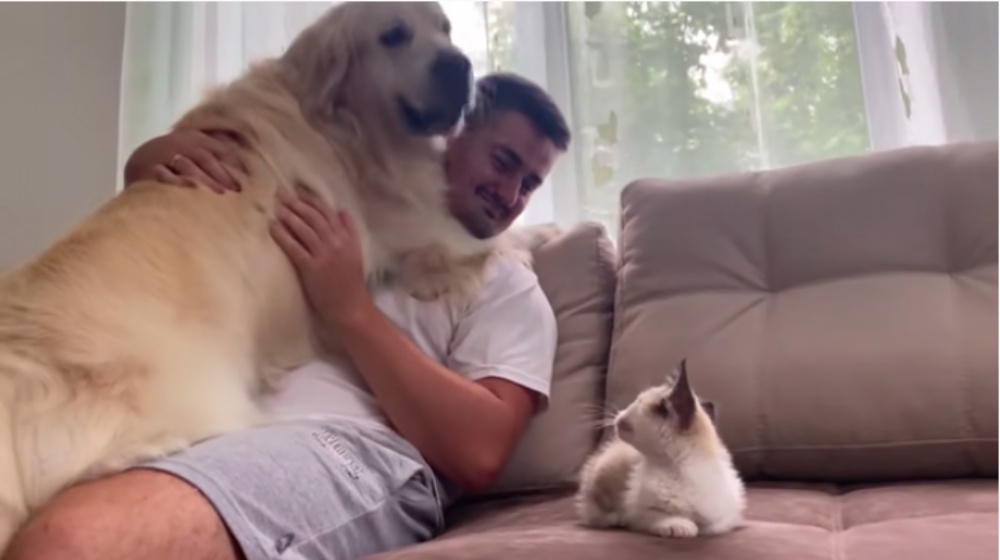 Even after some time, pets, and hugs, Bailey isn’t having it. The humans thought that some coaxing and love would remind him that he isn’t being replaced, but Bailey was still upset! After a few more attempts, it’s clear that Bailey is quite literally in denial of the presence of a kitten in the home. 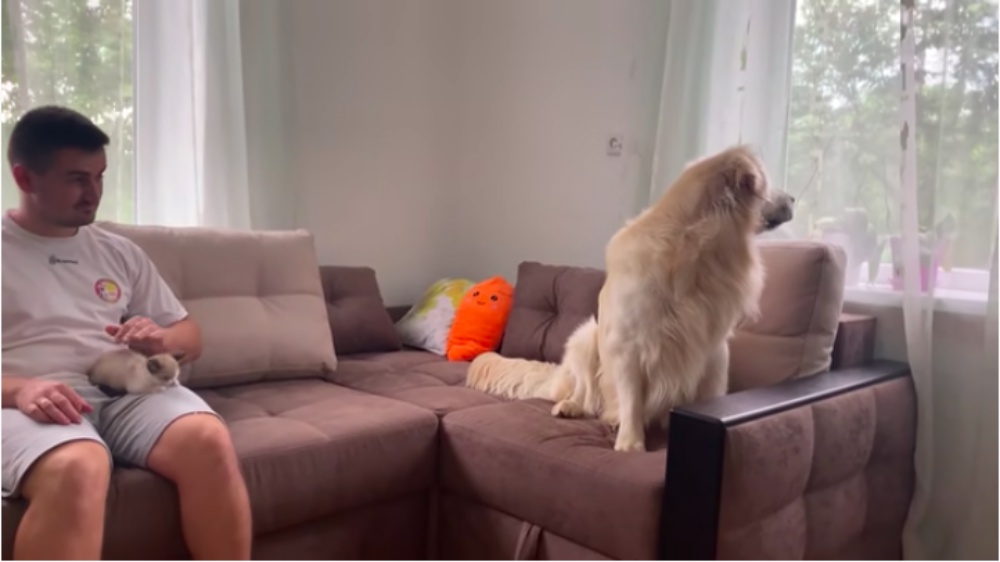 Finally giving up, we are waiting for a second video to give us more details! 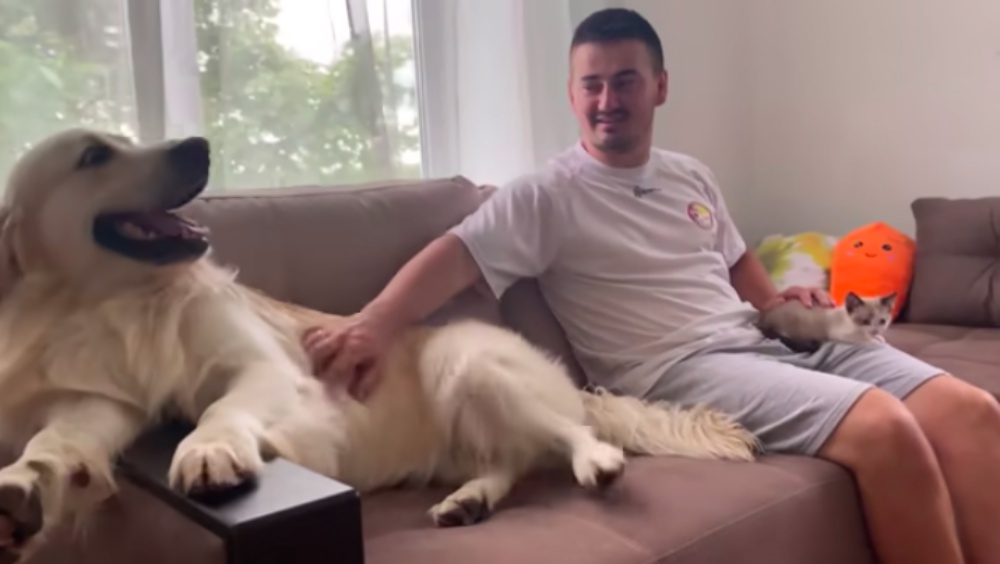 We want a second video to see if they made any progress! Bailey has a sweet heart and probably just needed more time to warm up to the kitten. Let’s hope they give us an update!

Check out the hilarious video below!