For Pablo and Andrea Castagnola, life without their French Bulldog Tayron wasn’t the same. The dog got lost on Jan. 31, 2016, after going out on a walk with his fur siblings and since that day his owners searched high and low for him. Twenty-four days later he was safely returned home thanks to social media, a massive Lost Dog flyer campaign and a good Samaritan. 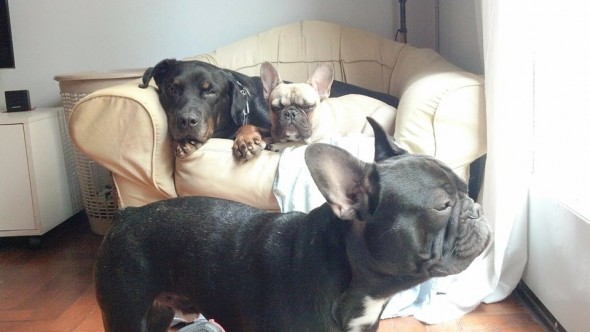 Pablo told Clarin.com he took his three dogs, Tayron, Ayken and Afro out for a walk in his Buenos Aires, Argentina, neighborhood. When they returned home he thought all three dogs had gone up to the apartment with him but that wasn’t the case. Only Ayken and Afro went up and Tayron stayed outside the complex. The pet owner didn’t realize his dog was missing until hours later and by then Tayron was gone.

The couple say the black French Bulldog is a very special dog. The Argentinean couple had been trying to conceive a child and had even experienced two failed IVF treatments. During this difficult time Tyron provided them with the love and peace they needed. Fortunately, the calm environment the dog helped create allowed the wan-to-be-parents to naturally conceive.

When the dog went missing, the owners didn’t hesitate to pull all stops and spend whatever was necessary to bring their dog back home where he belonged. They created a Facebook page and hired a printing company to produce 6,000 lost dog flyers they plastered all over the city. Thanks to the flyers Tyron was found and returned home. 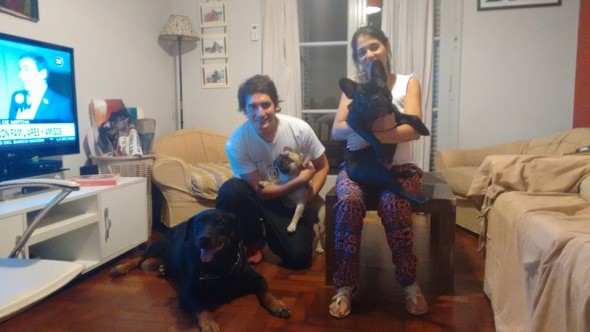 On Jan. 31st, Tyron was accidentally left outside the gate, but the loyal dog waited on the sidewalk for his owner to come get him. As the dog waited for Pablo or the gate to open, a fifteen-year-old boy walking by saw the pet and knew he was lost. The teenager sat next to the dog for an hour waiting for someone to come by looking for the pet, and when no one did, the good Samaritan called his father, told him about the lost dog and asked to be picked up long with the dog.

For 24 days the teenager and his father, named Fernando, took care of Tayron. They walked him four times a day, bought him a new leash and even allowed him on their beds. All this time, the rescuers hoped to eventually reunite the dog with his owner. 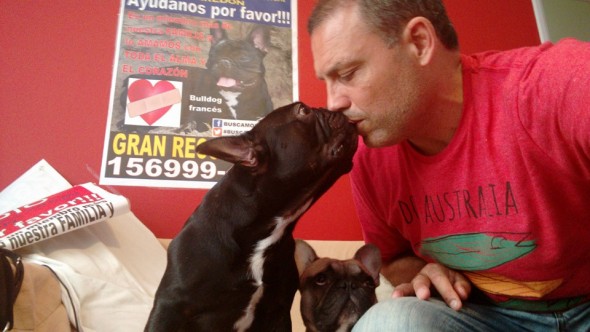