The Long Beach Police Department is in mourning as they look into an incident where one of their K-9s, Ozzy, was left in his handler’s patrol car while they were off duty and ended up passing away. The temperature that day got up to 84-degrees. Ozzy was immediately taken to a vet who determined the death was heat related. 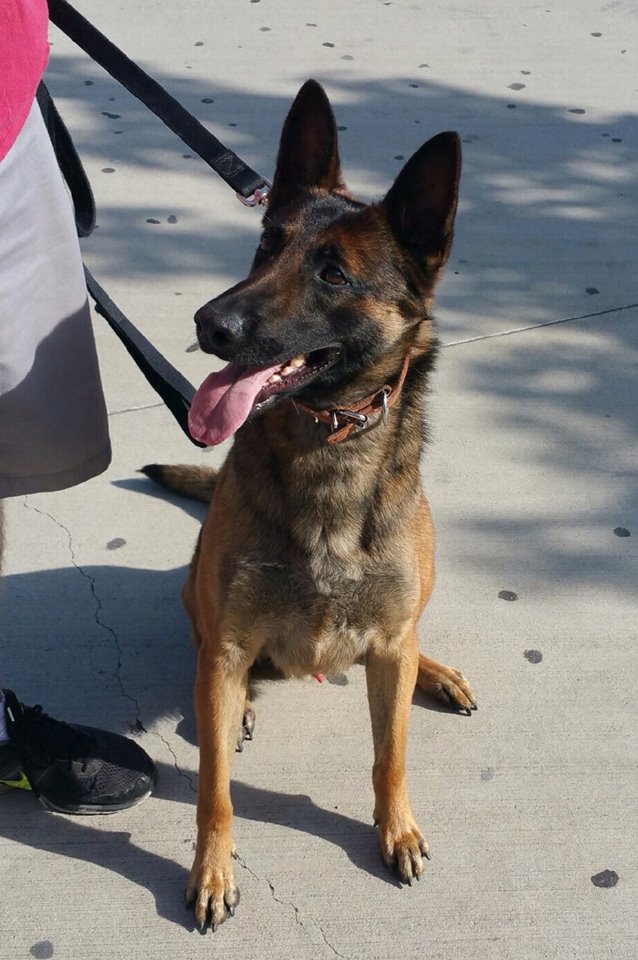 The LBPD released a statement regarding Ozzy’s death on their Facebook page: 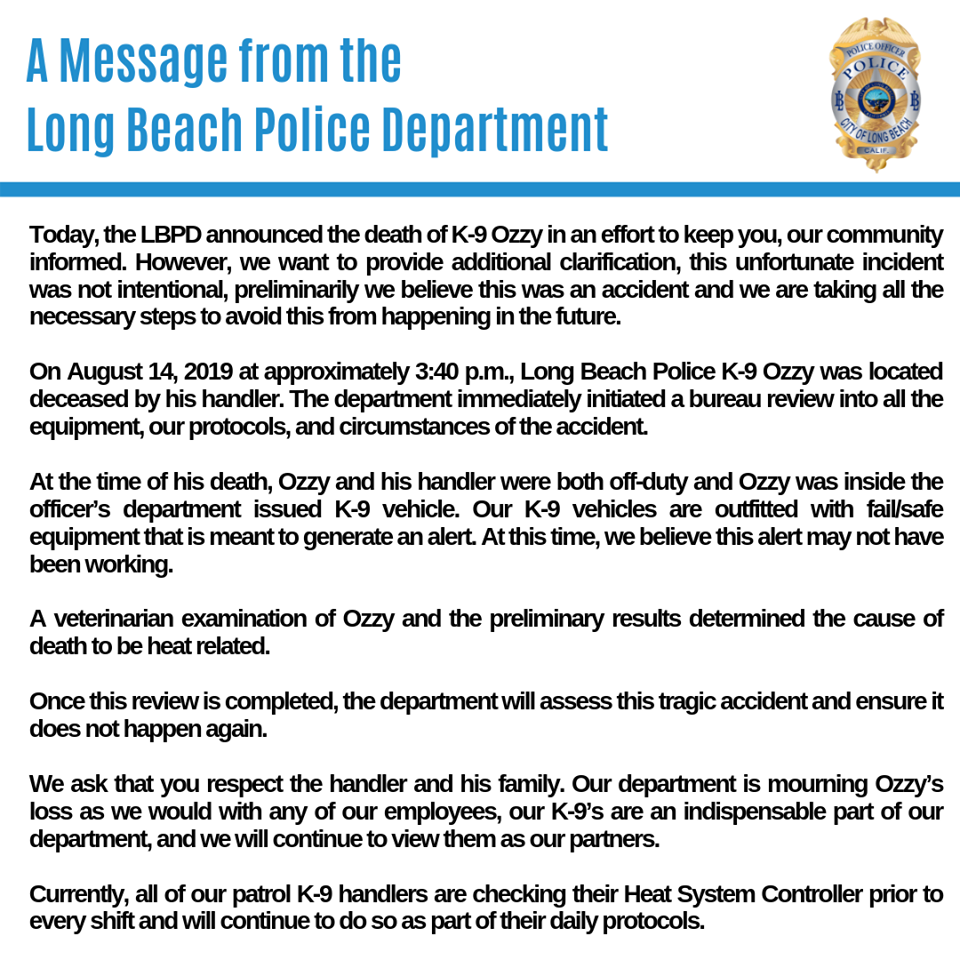 Ozzy had worked for the department for five years in the LBPD’s Drug Investigations section and helped recover more than $25 million in drugs and cash. The heroic dog also served with the FBI, the DEA, ATF, and U.S. Coast Guard.

What an absolute tragedy. May Ozzy R.I.P.