A puppy named Hope truly earned her name when she defied the odds and overcame a rough start to life.

Hope, who’s possibly a Lab mix, was saved by the Big Hearts for Big Dogs Rescue in south Florida on New Years Day. She’d been abandoned in a dirty, rusty cage, and left next to a dumpster as if she’d been taken out with someone’s garbage. 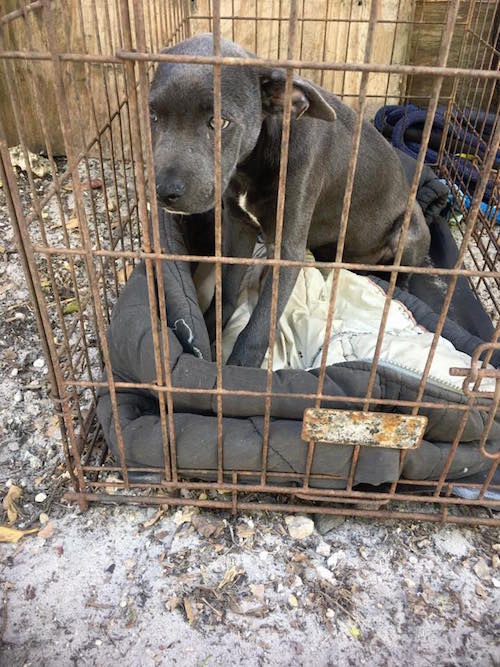 The months-old puppy was taken to Specialized Veterinary Services in Fort Myers where it was discovered that her condition was even worse that it appeared. Hope had Parvovirus, a deadly illness that kills many of the dogs that it affects. (Obviously, the pup had not been vaccinated against the contagious disease.) She also had hookworms and blood in her stool, and had lost so much blood that she needed a transfusion. While fighting for her life and in critical condition, the only way to nourish the little pup was to feed her with a syringe. 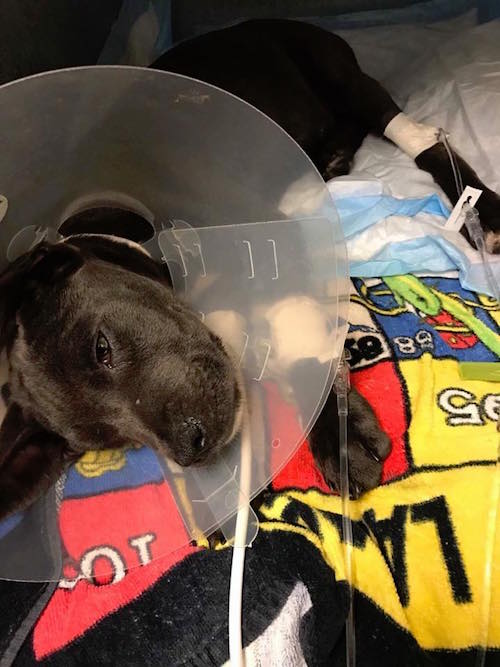 Meanwhile, Florida residents Sara Peaker-Angel and her wife Gina were vacationing in the UK when they saw pictures of Hope on the Big Hearts for Big Dogs Rescue Facebook page. They had been planning on adopting another pup once they returned from their trip, wanting a companion for their 20-month-old rescue who was close in age. But once they saw Hope, everything changed.

“We immediately fell in love with her and followed the updates on her condition,” Sara told iHeartDogs. “We decided that if she was still available when we returned home to the US, we would try and adopt her.” 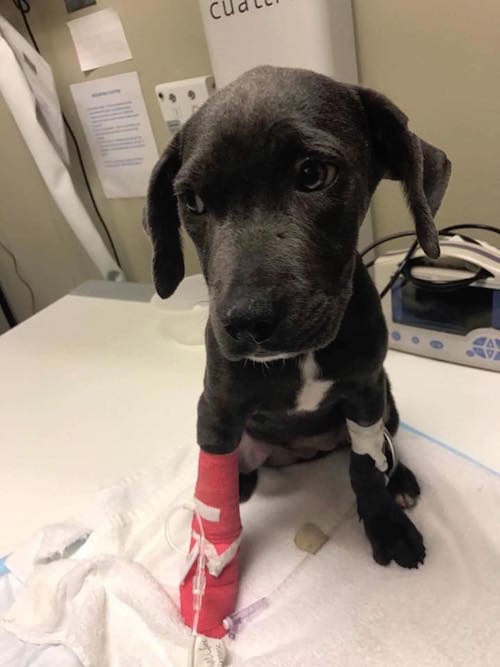 Back in the States, Hope completed two full weeks in the ICU receiving round-the-clock care, defying the odds that were stacked against her. She was brought to a foster home where she could continue to gain weight, and most importantly, learn how wonderful life can be with a family.

When Sara and Gina returned home, they emailed the rescue to see if the pup was still available, and learning that she was, filled out an application. They arranged to meet Hope in her foster home at the end of January, bringing their two other dogs along. Shortly after meeting, it became clear that this adoption was meant to be. 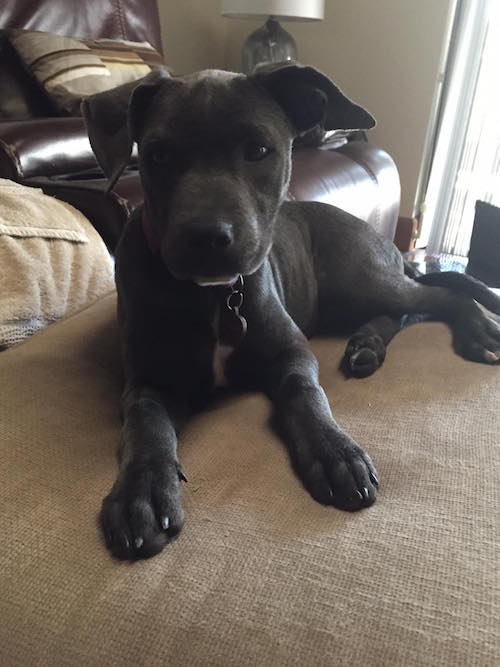 “Her foster mom said that Hope was usually a little stand offish with new people, but warmed to us, and our dogs, immediately,” Sara told us. “We brought her back with us that day and she has made herself right at home.”

It’s been about three weeks since Hope found her forever home, and her mom tells us, “She’s already part of the family.”

Thanks to Sara and Gina for giving this little fighter a chance, and for letting us share this wonderful story.