When Trax was first found he was stuffed in a plastic bag along some railway tracks and he had all four of his legs bound with shoelaces. He couldn’t bark or cry out because his muzzle was also wrapped tightly bound shut.

Lourens van Wyk, a retired pastor in South Africa, was driving by the tracks when he saw the bag. At first, he feared the bag might contain an abandoned baby, but instead, when he ripped the bag open, he found the tiny dog inside. 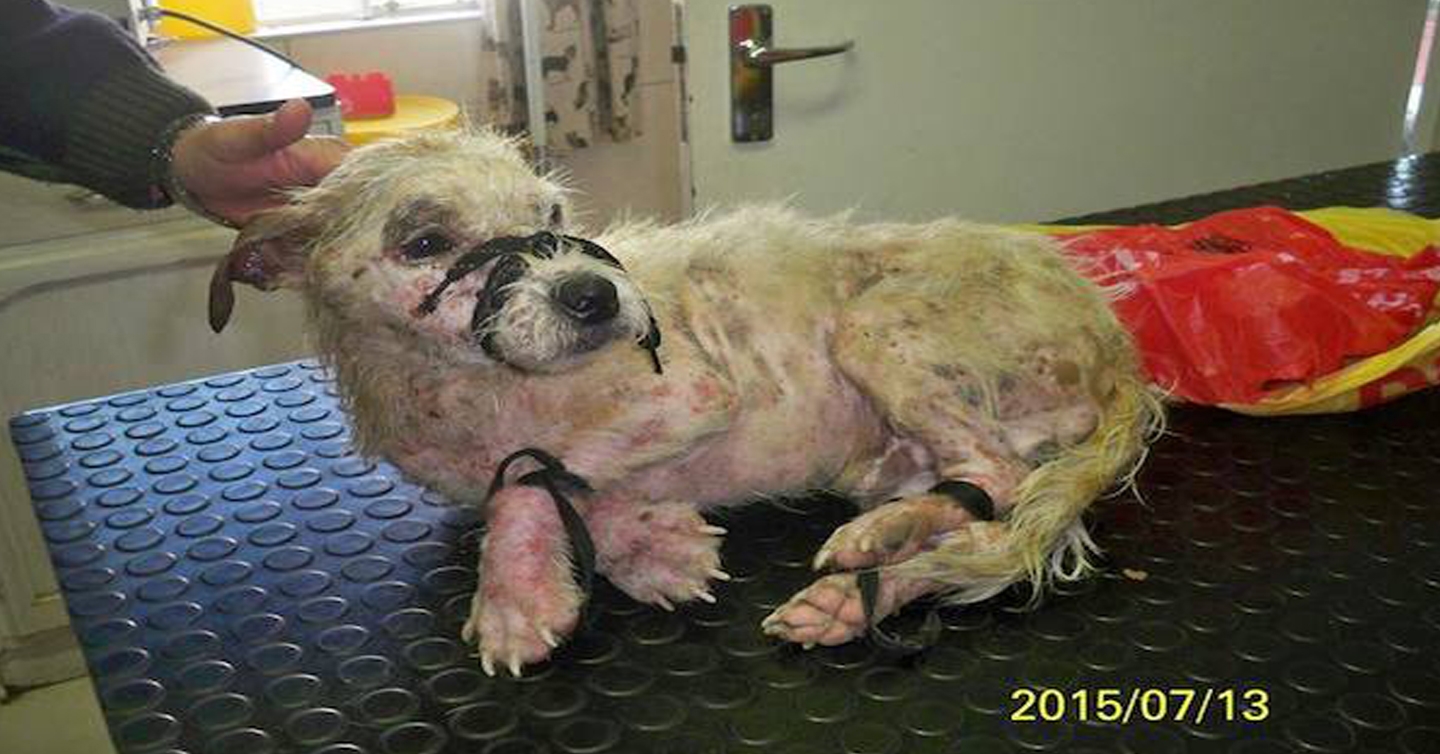 He took Trax to the Animal Welfare Society in Helderberg, which is just outside of Cape Town. 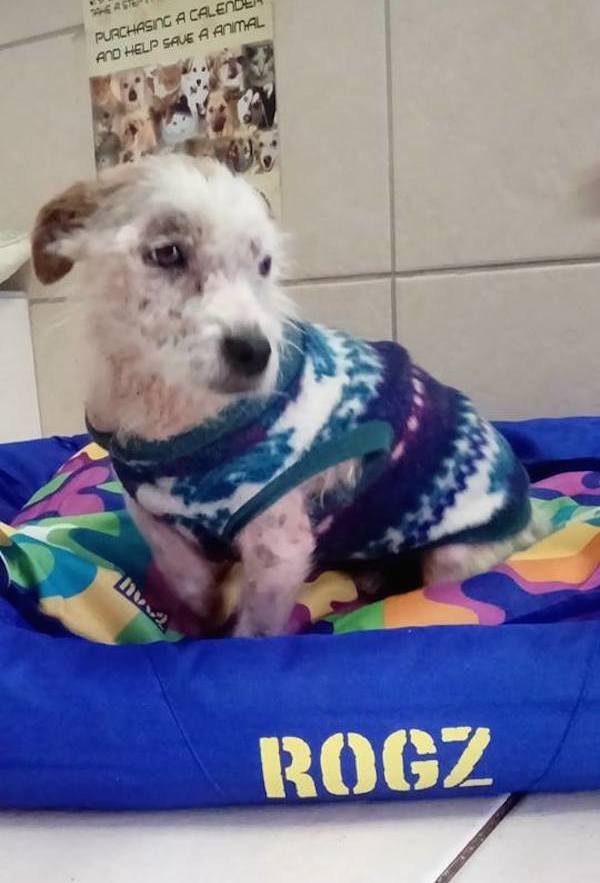 Their vets had to carefully undo the dog’s binds so as to not cause him too much pain. Trax also had mange and a head twitch, that might have come from a concussion or from being beaten on the head. Thankfully, Trax’s tic lessened after a few days of care. 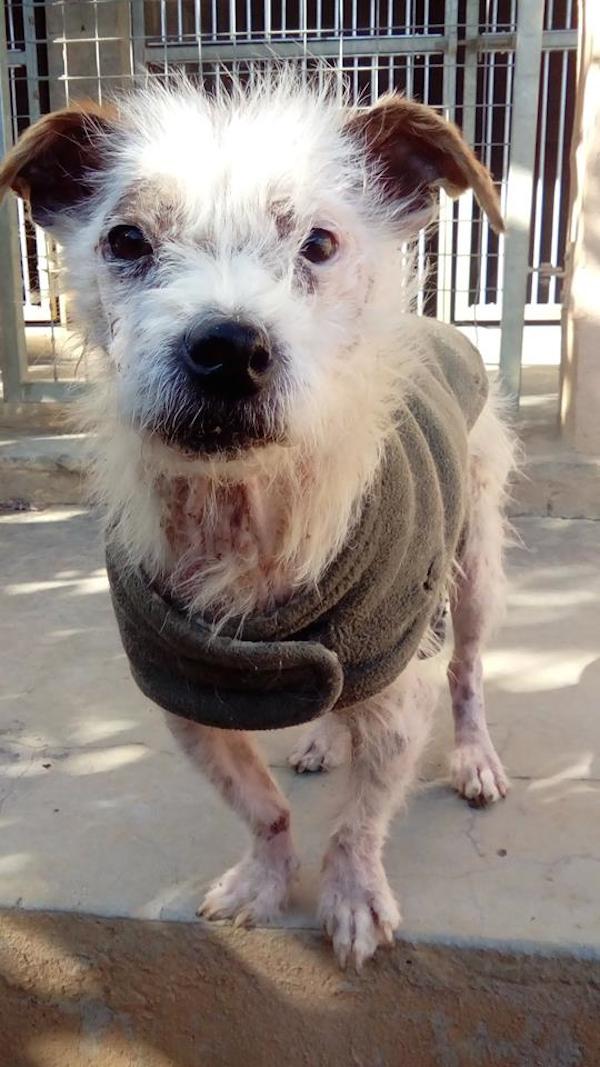 Animal Welfare Society Helderberg wrote on Facebook, “Besides the fact that he has mange and is covered in sores, scabs and wounds- he is otherwise healthy.

He is still quite young. He has had a warm bath, is eating very well, and is responding so nicely to all the TLC and love we are giving him! He loves to be with us and likes to gently paw us for some extra attention. His tail is wagging a little and we know he feels safe, relaxed and loved.” 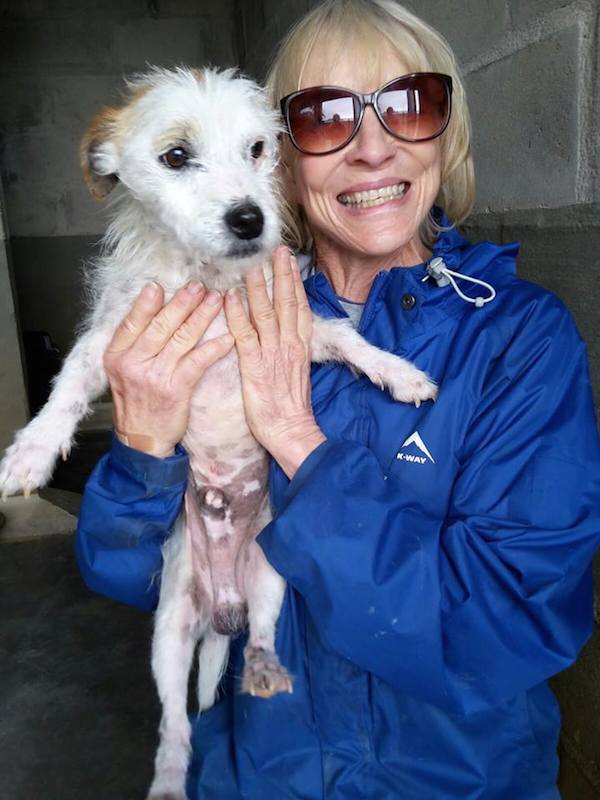 After they posted news about Trax on social media, animal lovers in the area applied to adopt him. After carefully reviewing the applications, Trax has found a forever family in Johannesburg.

“He is recovering very nicely and on these cold days, his favourite place is in his warm bed underneath at least 2 blankets!” 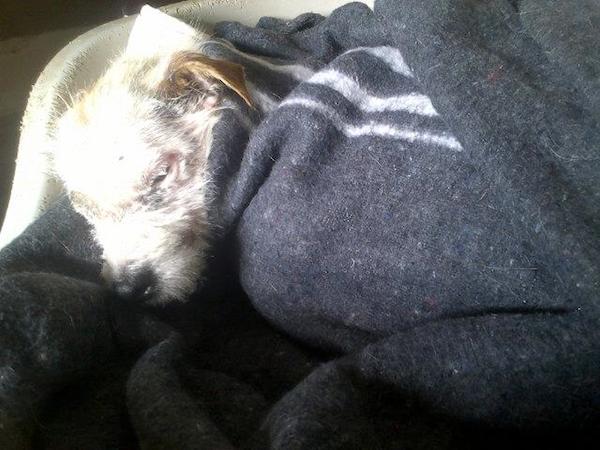 Plans are he will join his forever home in about a month’s time after he’s had a little more time to recover. In the meantime he’s coming out of his shell and winning the hearts of Animal Welfare Society volunteers. “He is such a special little chap with a very loving heart and we are so glad we have had the privilege of getting to know him! 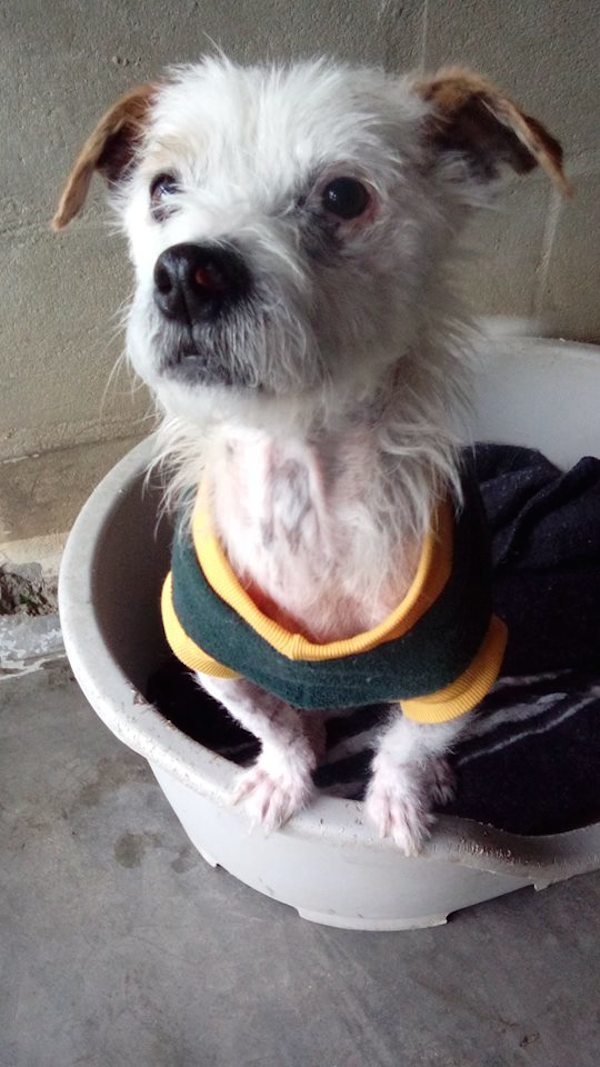 It’s been a little while since Traxx’s rescue and he is thriving in his new home and adores his family. 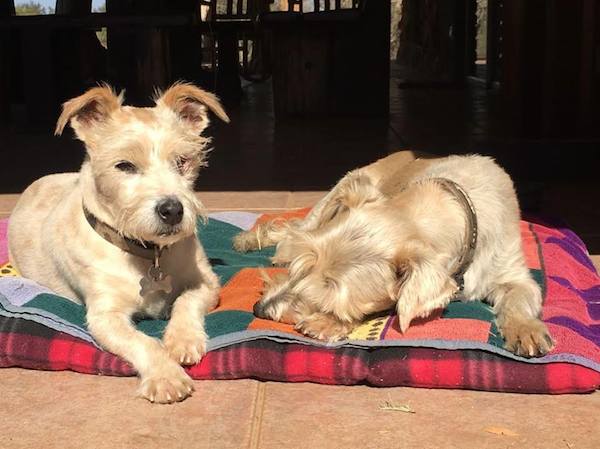 He is equally adored by his family and is a big part of their lives! 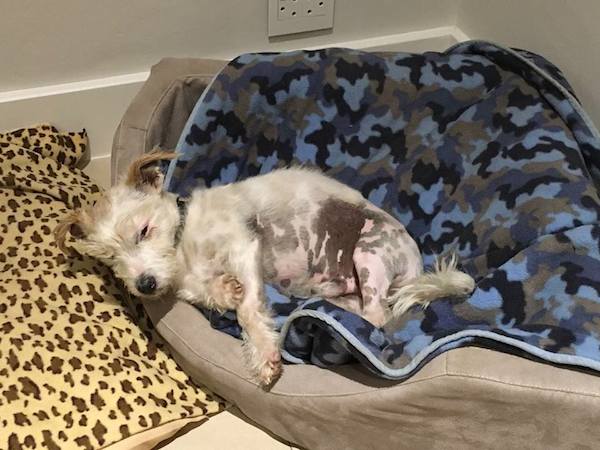 Share Trax’s amazing rescue story with your friends and family!