Animal Aid Unlimited received a call about a dog who was critically injured and bleeding from his nose off to the side of the road. When they arrived, the poor thing was drifting in and out of consciousness. They knew they were in for a fight. 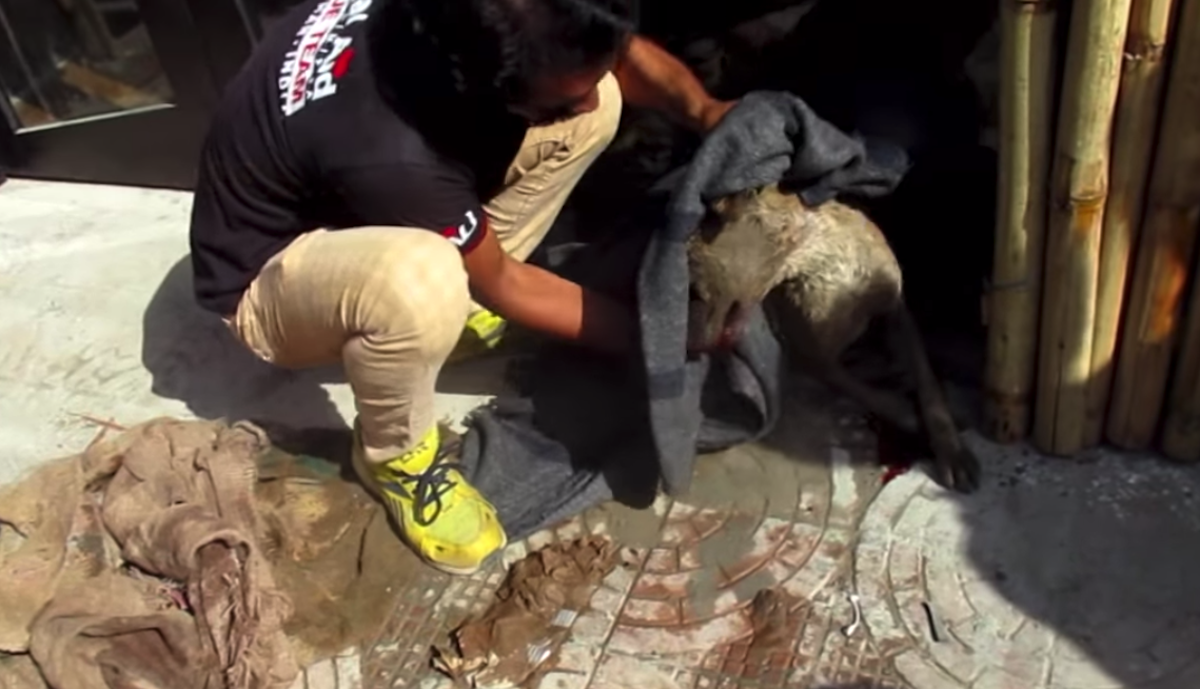 The belief was that the dog had been hit in the head by a vehicle, and the clotting blood was making it difficult for him to breathe. Luckily, no fractures were found. Rescuers gave him medicine to help reduce the swelling and pain. 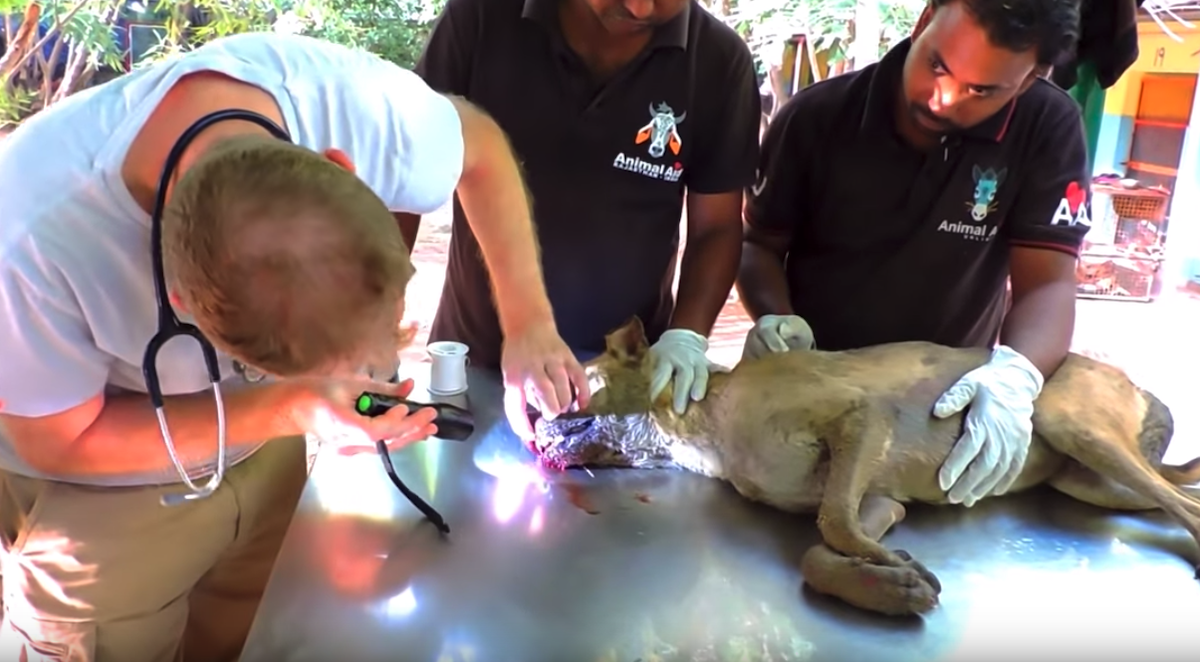 The dog was hungry but had trouble controlling his head. He ended up sleeping the next two days, and on the third he began the long journey of regaining the abilities he had lost. After 10 days, he had improved but still continued to stumble and fall.

The dog was such a fighter, and he only got better and grew stronger during the coming weeks of physiotherapy. Wait until you see Moonbeam today. 🙂