There is a theory that dogs and their owners tend to start to look alike over time and pet photographer Gerrard Gethings has put this to the test by putting dogs and their owners side by side just to see that the resemblance is uncanny. If you look past dogs being just dogs, you will also notice that they might look like anything: famous characters, celebrities, other animals, and even everyday objects.

Today, we would like to introduce to you a pair of internet-famous dogs Ronnie and Reggie who, according to their loving owner Kerry Docwra, look like people. The two brothers, who are part Staffordshire bull terrier, part Shih Tzu / pug, have had human-like features such as pink lips and visible whites in their eyes since they were pups and, apparently, can’t go for a walk without attracting attention around them. Bored Panda spoke to Kerry Docwra about life with her dogs, so don’t miss that below!

Meet 7-year-old dogs Ronnie and Reggie who, according to their owner, look like people 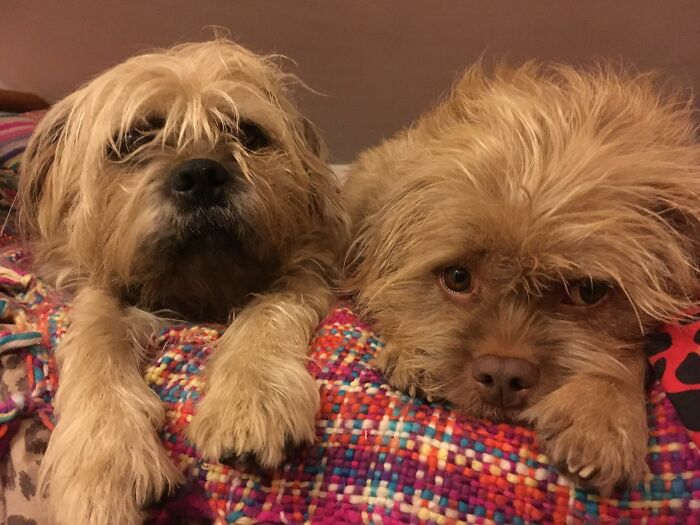 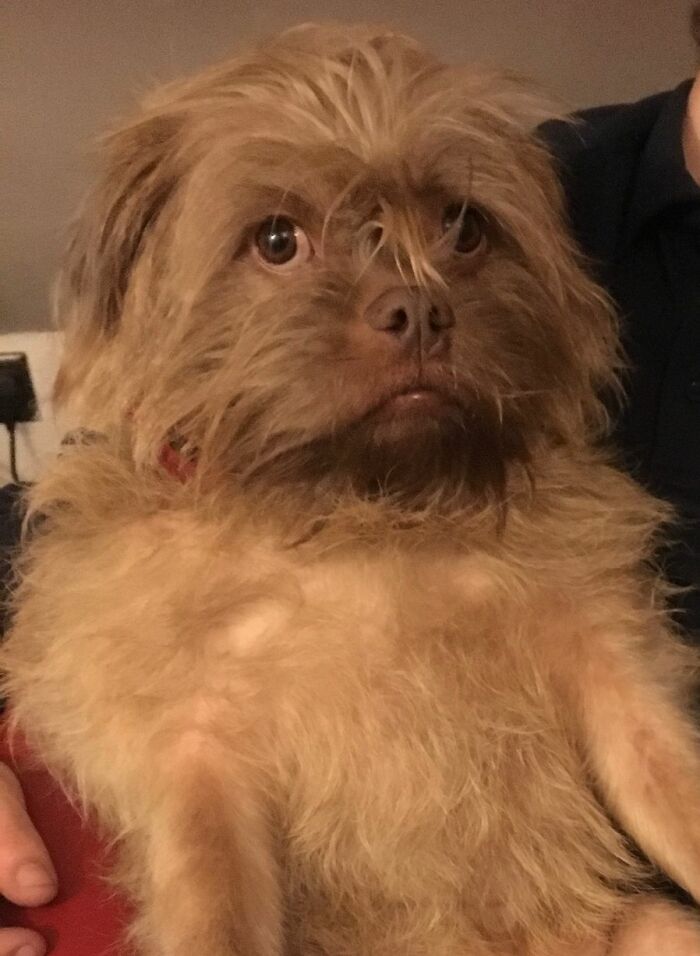 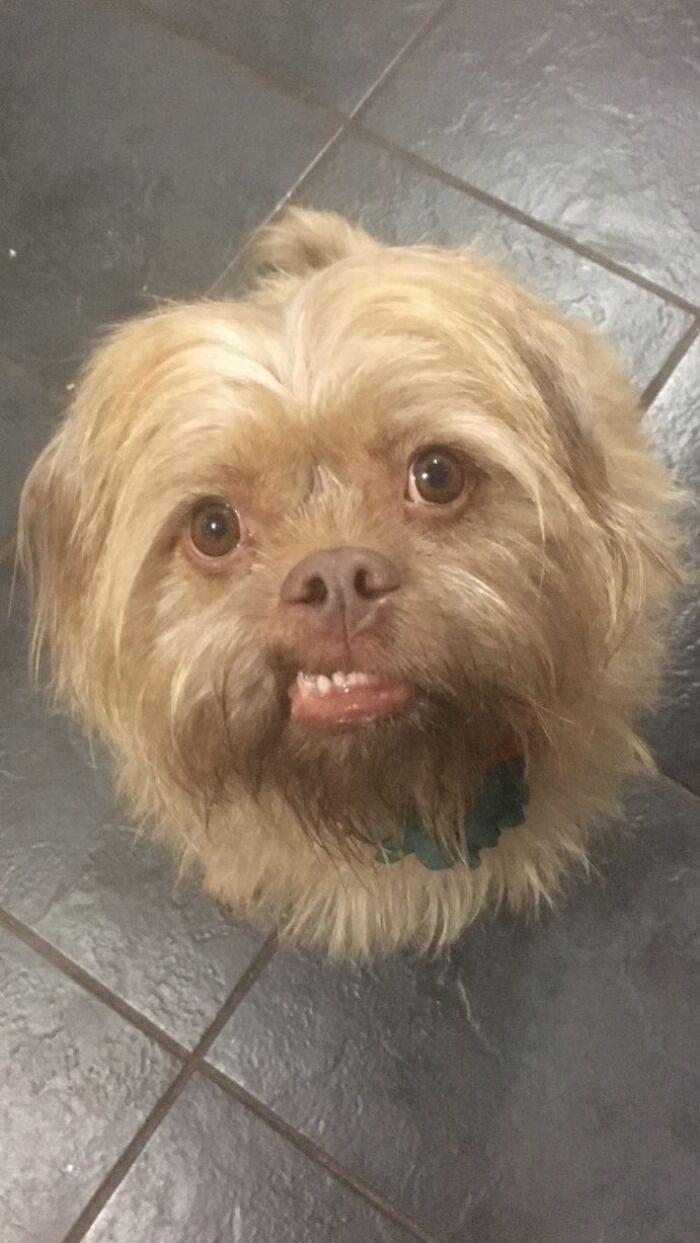 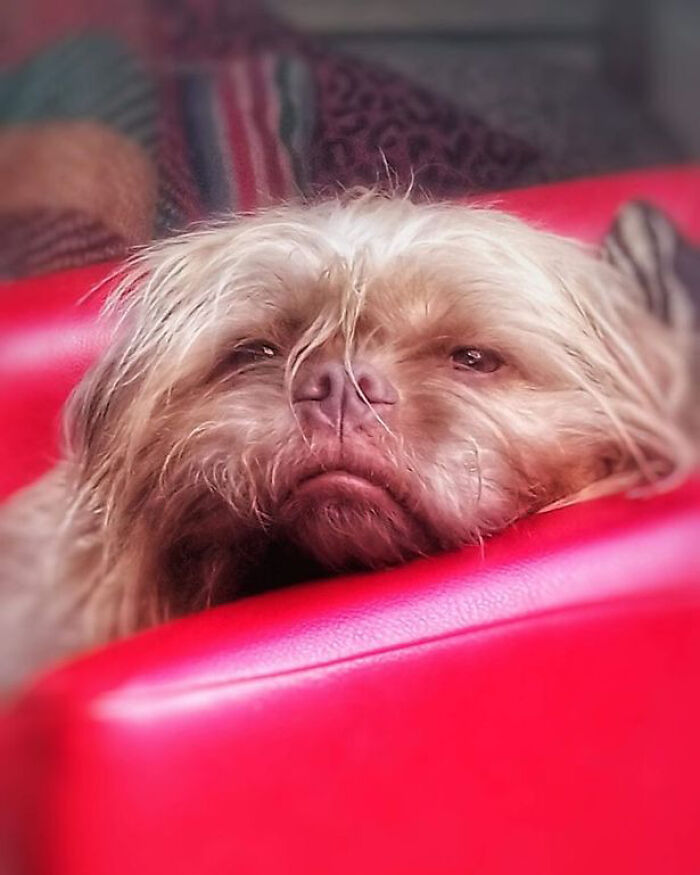 For their unique features, they became local celebrities and not a single day goes by without a comment about their appearance 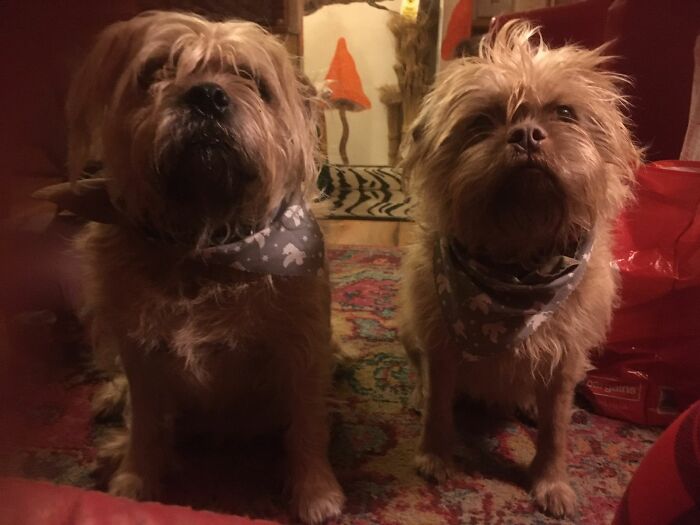 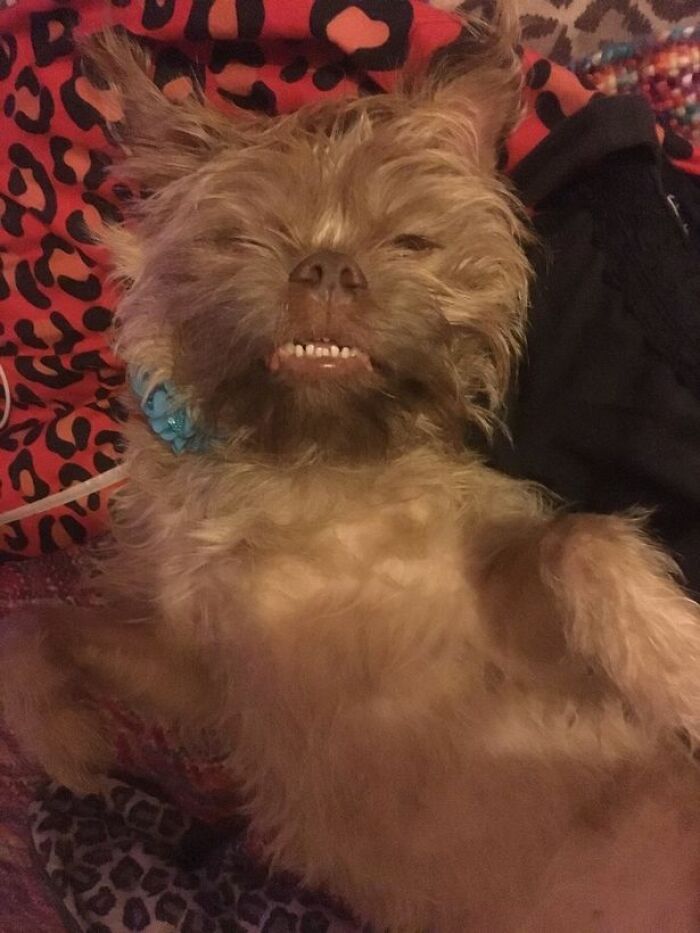 They have been compared to people, Ewok, Falkor from ‘The NeverEnding Story’—anything but dogs 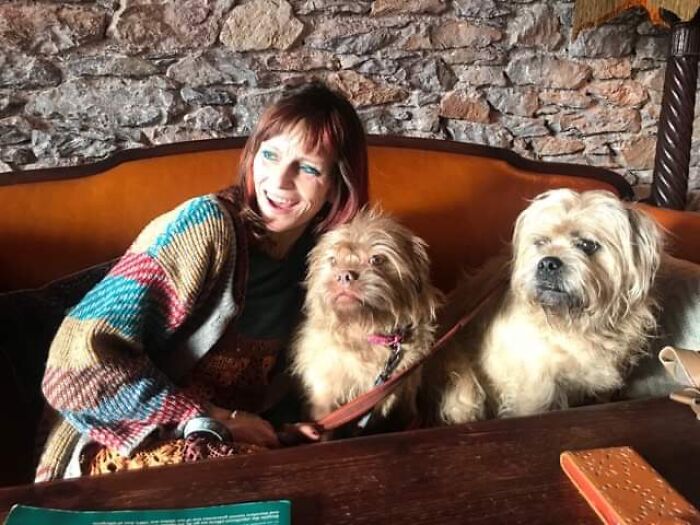 “Both are 7 years old and not a day goes by without any comment about whether they look human or like an Ewok or the creature from the movie The NeverEnding Story. They say they look like anything but dogs,” said Kerry. 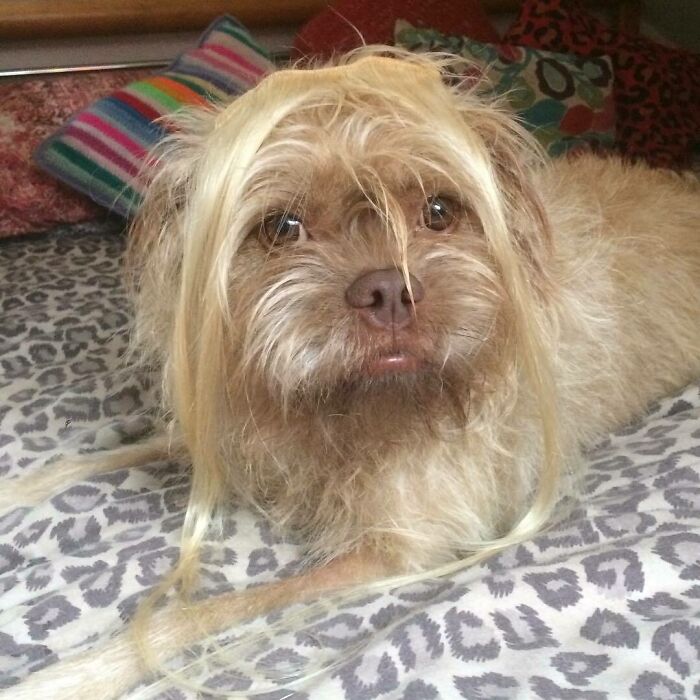 Kerry thinks that her dogs look like people: in particular, Ronnie looks like Gail Platt from Coronation Street. Although Reggie has fewer human-like features, he is perfect at doing great expressions. According to Kerry, dogs also ‘talk’ like humans. 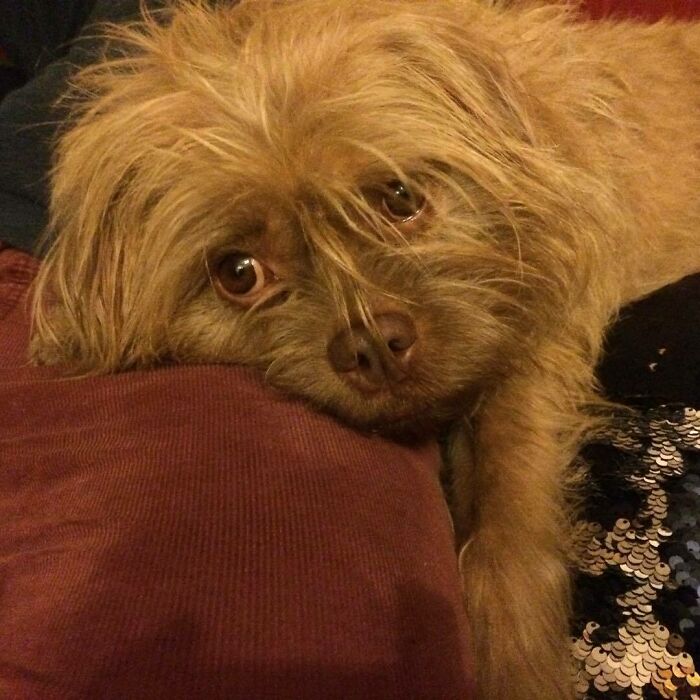 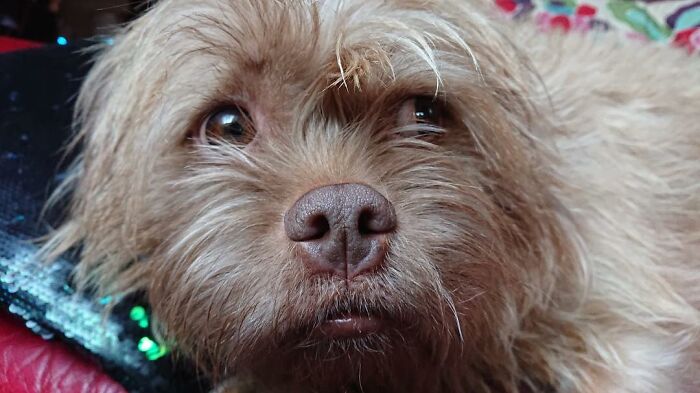 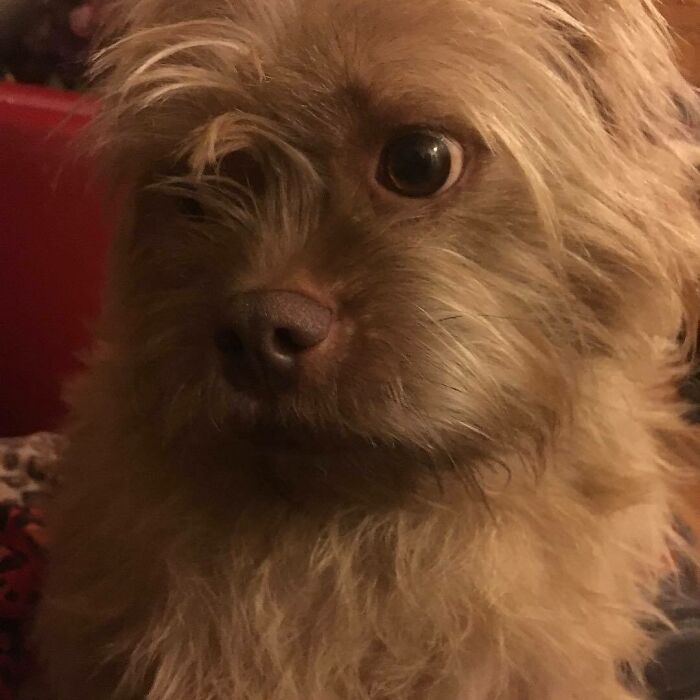 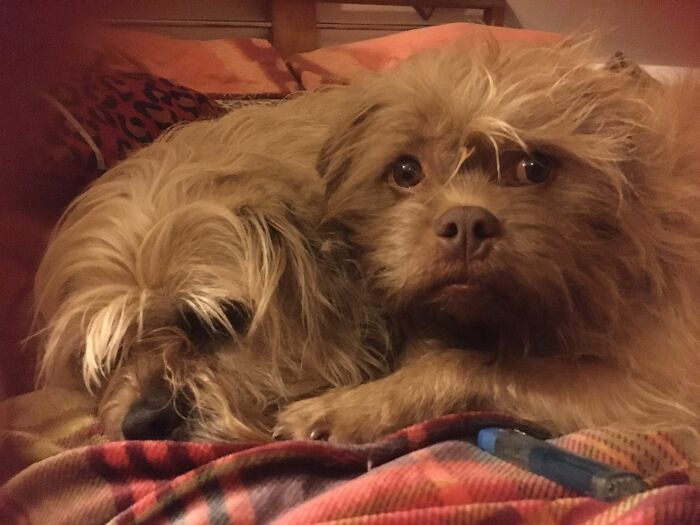 “I got Reggie at 10 weeks old and Ronnie was 7 weeks old. It happened 10 months after I was violently attacked by my ex-boyfriend. This assault ended with me losing 28 teeth, a broken jaw, a heart attack, and 3 nervous breakdowns. My pets were great support for me and comforted me.” 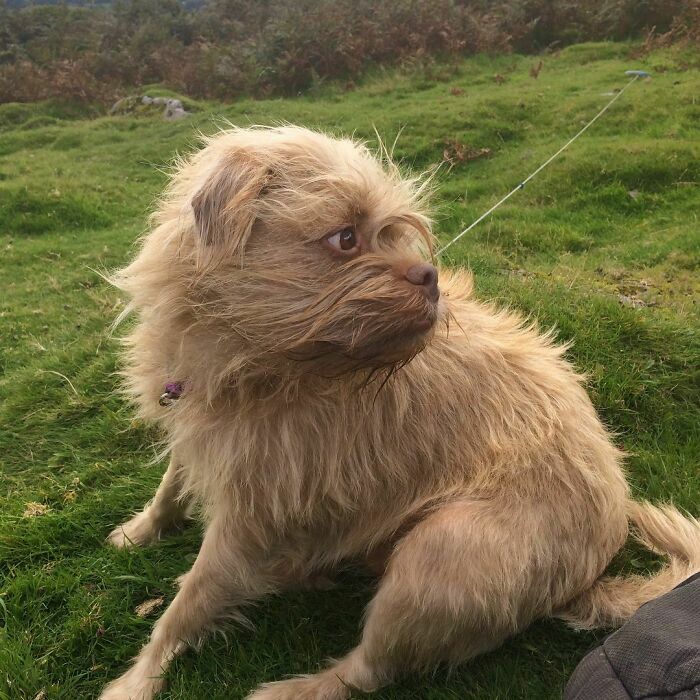 “They are my fur babies, they have been my constant support companions, they are incredible dogs with incredible personalities and a great temper” 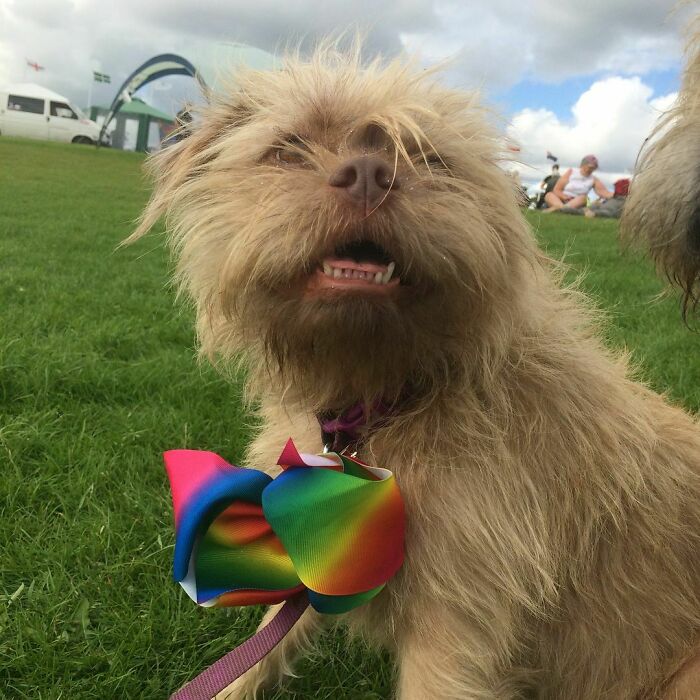 “It seems that they love everything around them, especially children. The only time they are territorial is with the food. I don’t like it very much, but I think it’s animal instinct. I am happy to have with me these incredible creatures that manage to put a smile on people’s faces in the darkest moments, for sure their unconditional love is truly healing.” 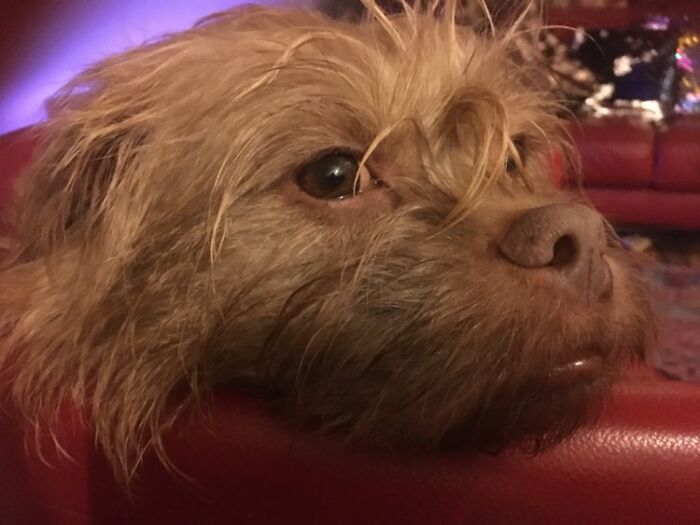 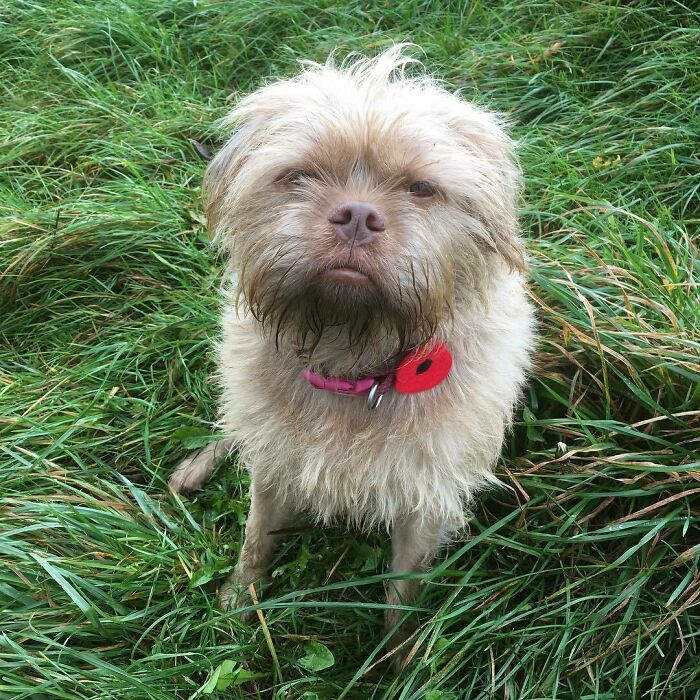 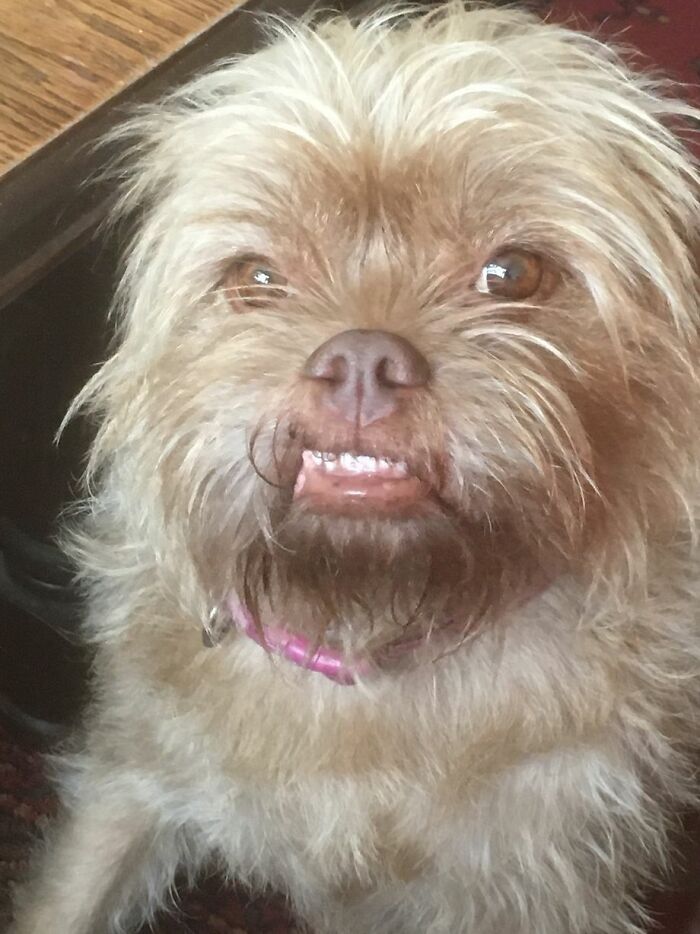 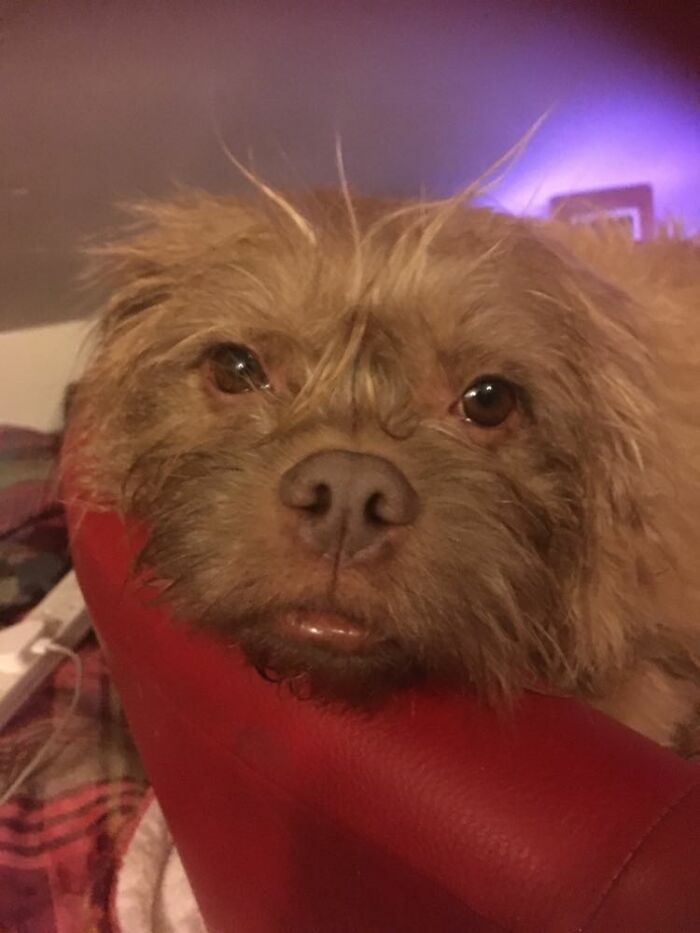 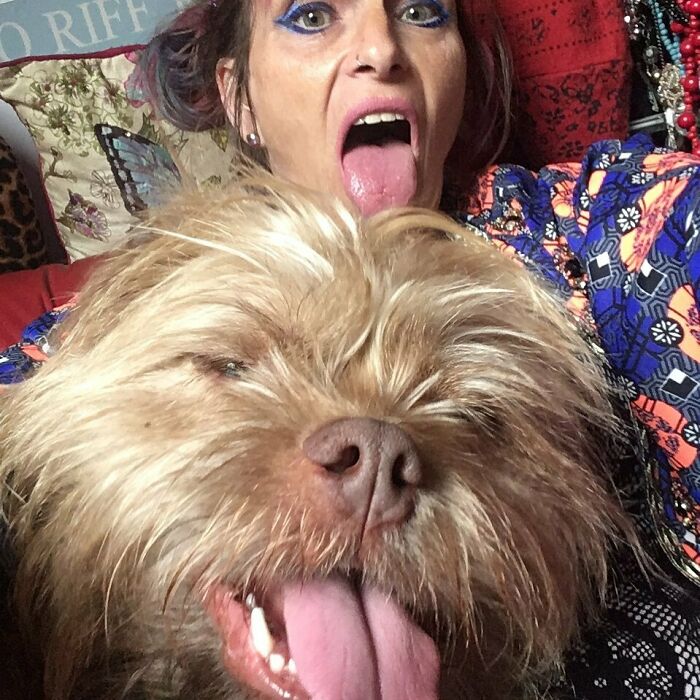 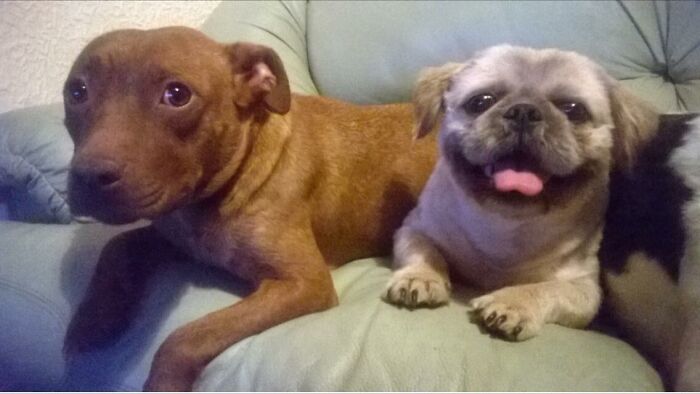