Citizens of Cudahy, Wisconsin, have grown attached to family of foxes in the area and were horrified to see one baby in pain. The fox was seen stumbling around town with a rat trap crushing his front paw.

The concerned neighbors got ahold of the Wisconsin Humane Society’s Wildlife Rehabilitation Center and were able to catch the fox.

“We immediately anesthetized the fox and removed the terrible trap from his right front paw,” the Humane Society wrote on Facebook. “The paw looked and smelled awful. Some of the toes were obviously broken. The paw was badly swollen … and there were maggots.”

“Moments after arrival here and still in the live trap. The rat trap is the black plastic object on his right front paw.” 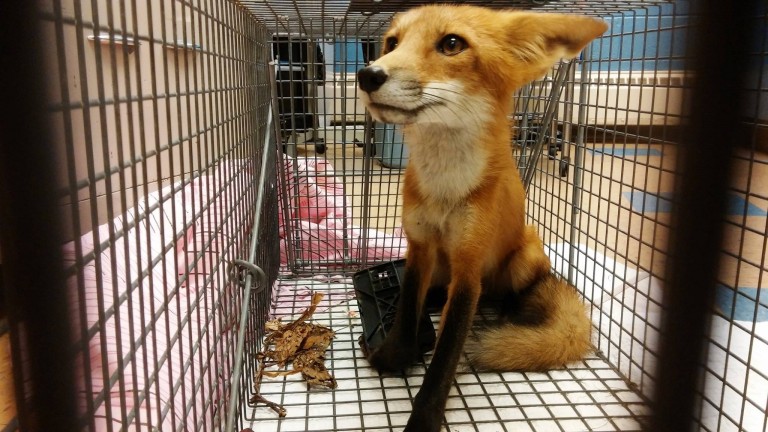 “Under anesthesia, with the temporary plastic-bottle protective bandage on the leg and crushed foot.” 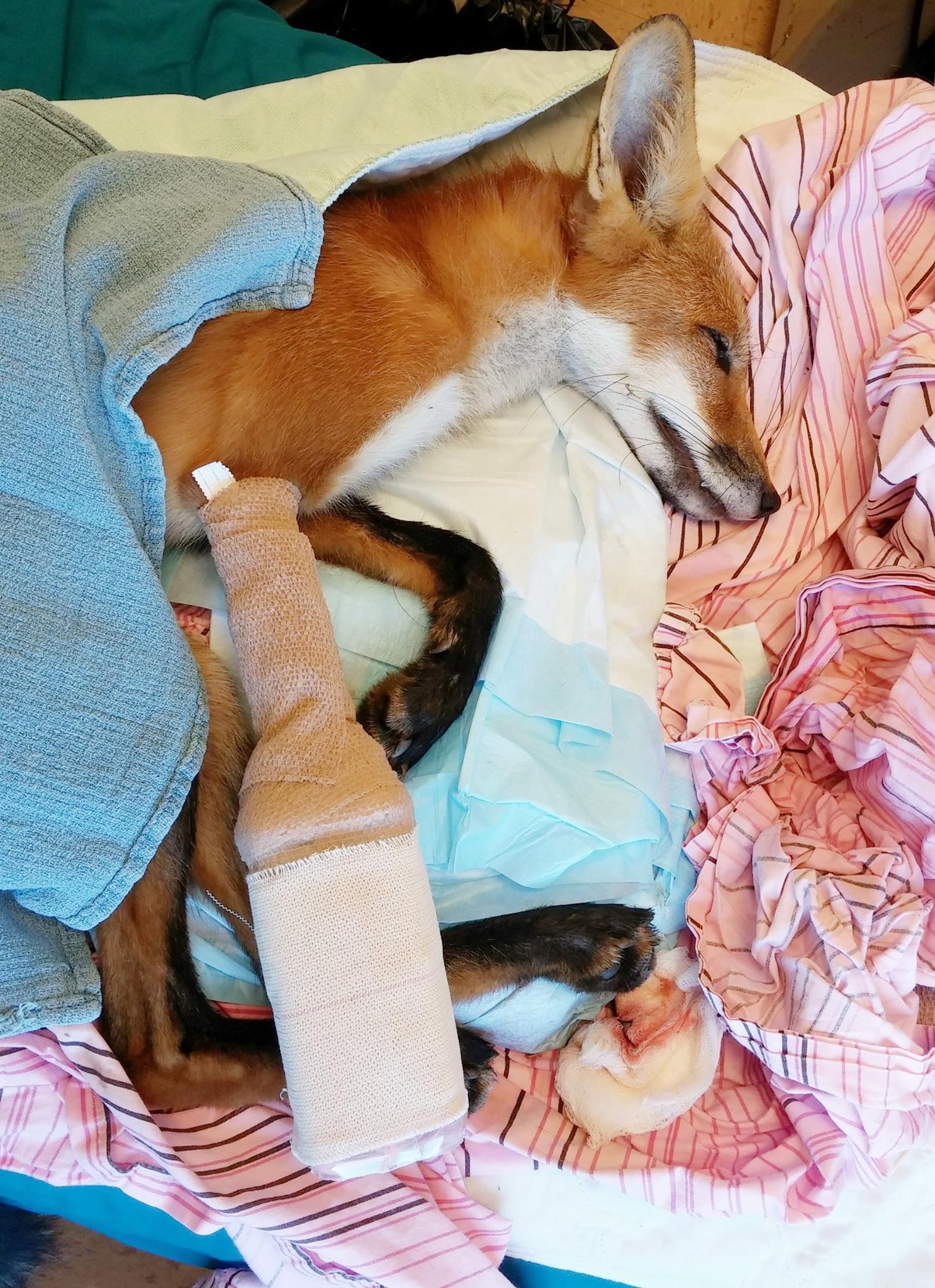 “This photo is from yesterday and shows the fox sitting on a pile of bedding in one corner of his room. Note the toy next to his bandaged foot. We provide him with lots of toys and other “enrichment” to keep him occupied, distract him from pulling at his bandages, and reduce stress.” 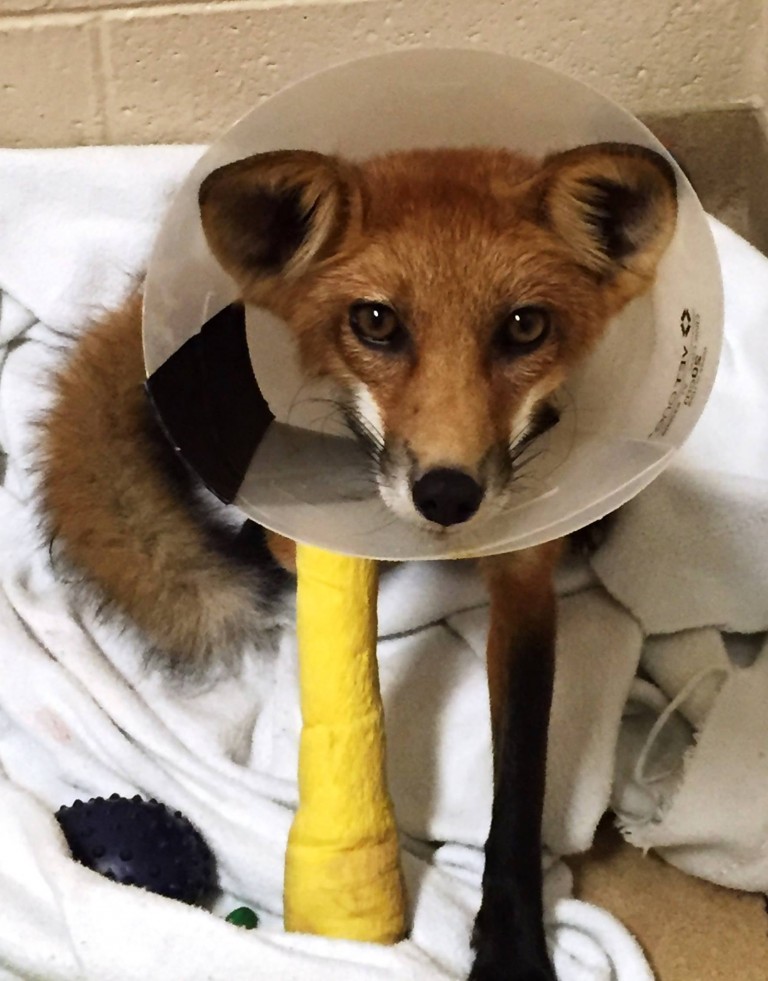 They noted that the fox would have a ways to go on the road to recovery but were very pleased with the progress and how the paw looked. He’d continue to eat and gain weight to work his way back to being a normal fox.