We know our dogs get into places they’re not supposed to get into, like the pantry, the couch cushions, the underwear and sock drawers, the garbage…you name it. Some way or another, our curious four-legged best friends find their way into forbidden territory and more often than not, they chew or eat something they shouldn’t. But what’s the worst thing your dog ate? Monty, a nine-month-old chocolate lab from England ate his 3 ft. leash. How about that? 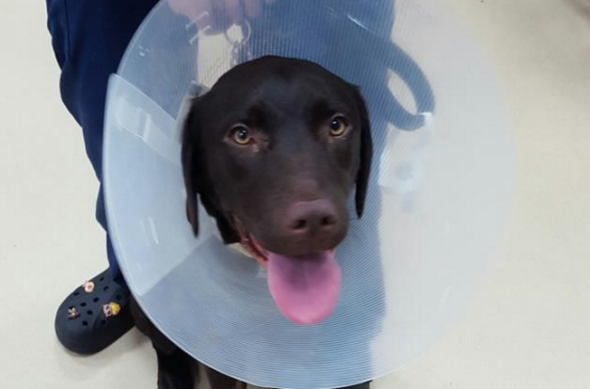 According to the Kent Online, Matthew Winslade planned to take his dog for a nice walk in the woods near Faversham, but he never expected that upon arrival the dog would need emergency surgery instead of a nice relaxing walk.

Winslade placed Monty in the back of his car and threw the dog’s 3 ft. red leash next to the pet. It seems that as the pet owner drove to the woods, the young dog got hungry and ate the leash. When the pet owner parked and got ready to start the walk, he opened the car door and found Monty but no leash, only metal clippings. Winslade knew the leash was sitting in his dog’s stomach.

Even though Monty appeared normal and in no pain, his owner knew he had to rush the pet to a vet clinic. X-rays later revealed the content of the dog’s stomach contained the missing leash, and right there and then, the mischievous pet was prepped for surgery. 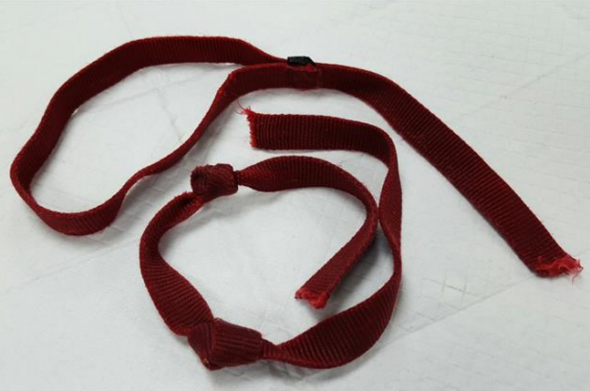 Pet owners know that went traveling with pets it is always a good idea to have a leash handy. In case of a car accident, the leash can help secure your pet and prevent him or her from taking off running, but if your pet is a chewer, maybe keeping the leash away from your dog might be best.

Monty made a full recovery and is as good as new. He’s back to his usual self getting into trouble and chewing things he is not supposed to chew.