Nowadays, you often come across stories that can make you question the integrity of the human race— but on a brighter note, every once in a while you also come across ones like this.

On August 11th, 2017, Metro reported on Adrienne, a dog who had been scheduled for euthanasia, and Paul Steklenski, the 45-year-old pilot who was willing to stop at nothing to save her— even if meant flying over 750 miles! 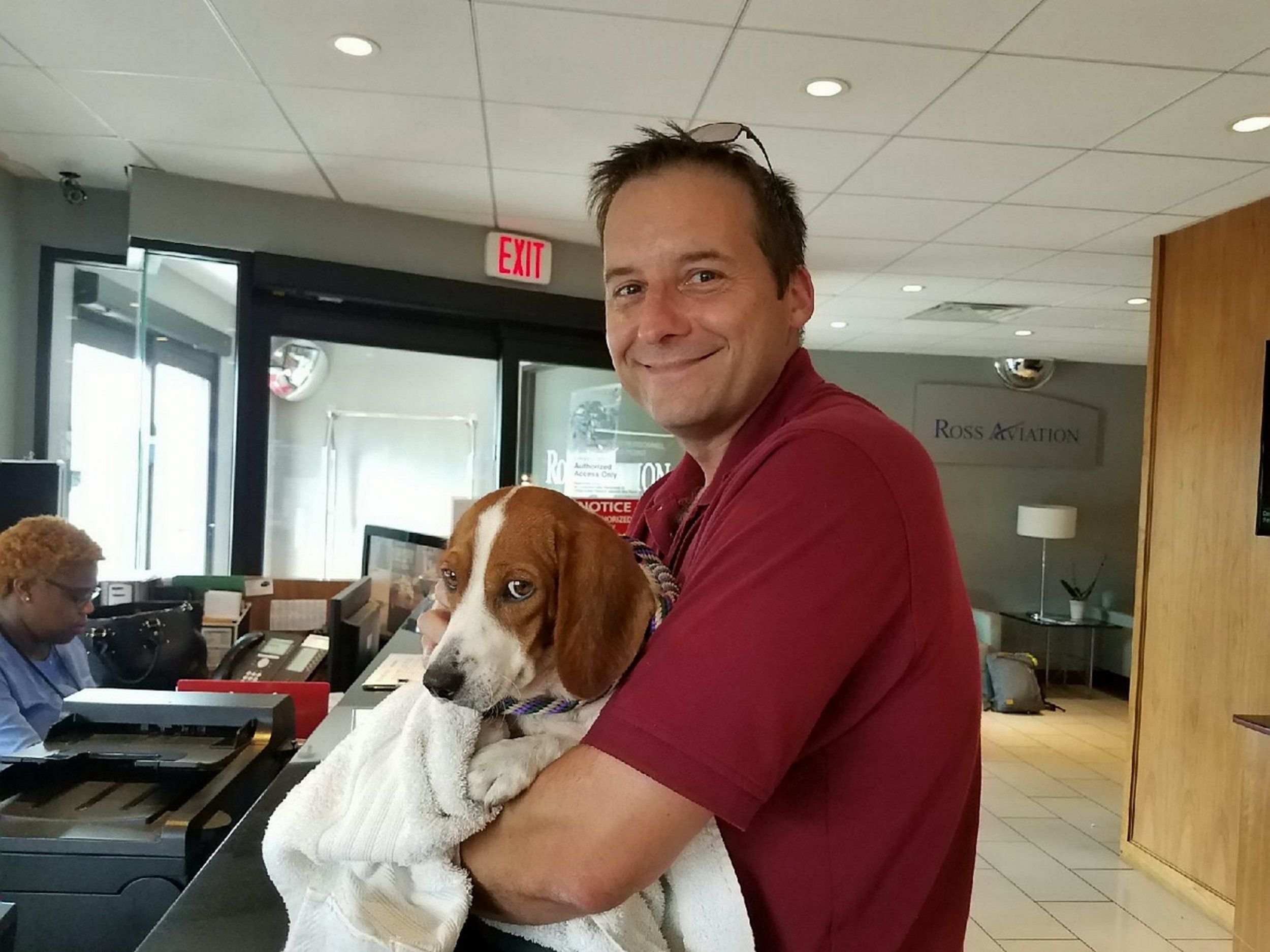 Adrienne, a 2-year-old pup, was found roaming the streets of Granville where she was apprehended and put into the care of the Granville Animal Shelter, a known kill facility. Although it’s possible she would have been adopted out before being euthanized, Adrienne was facing another problem.

The adorable pup was suffering from a severe bladder prolapse, surgery for which the Granville Animal Shelter could not afford. As a result of this problem, Adrienne had been scheduled to be euthanized within 24 short hours.

Animals R Family founder Nicole Bruck tells Metro that injuries such as Adrienne’s are rare in female dogs. She explains:

“It is possible she was trying to give birth when she was injured, or that she was raped by a human. Something large ripped out from inside her with force.” 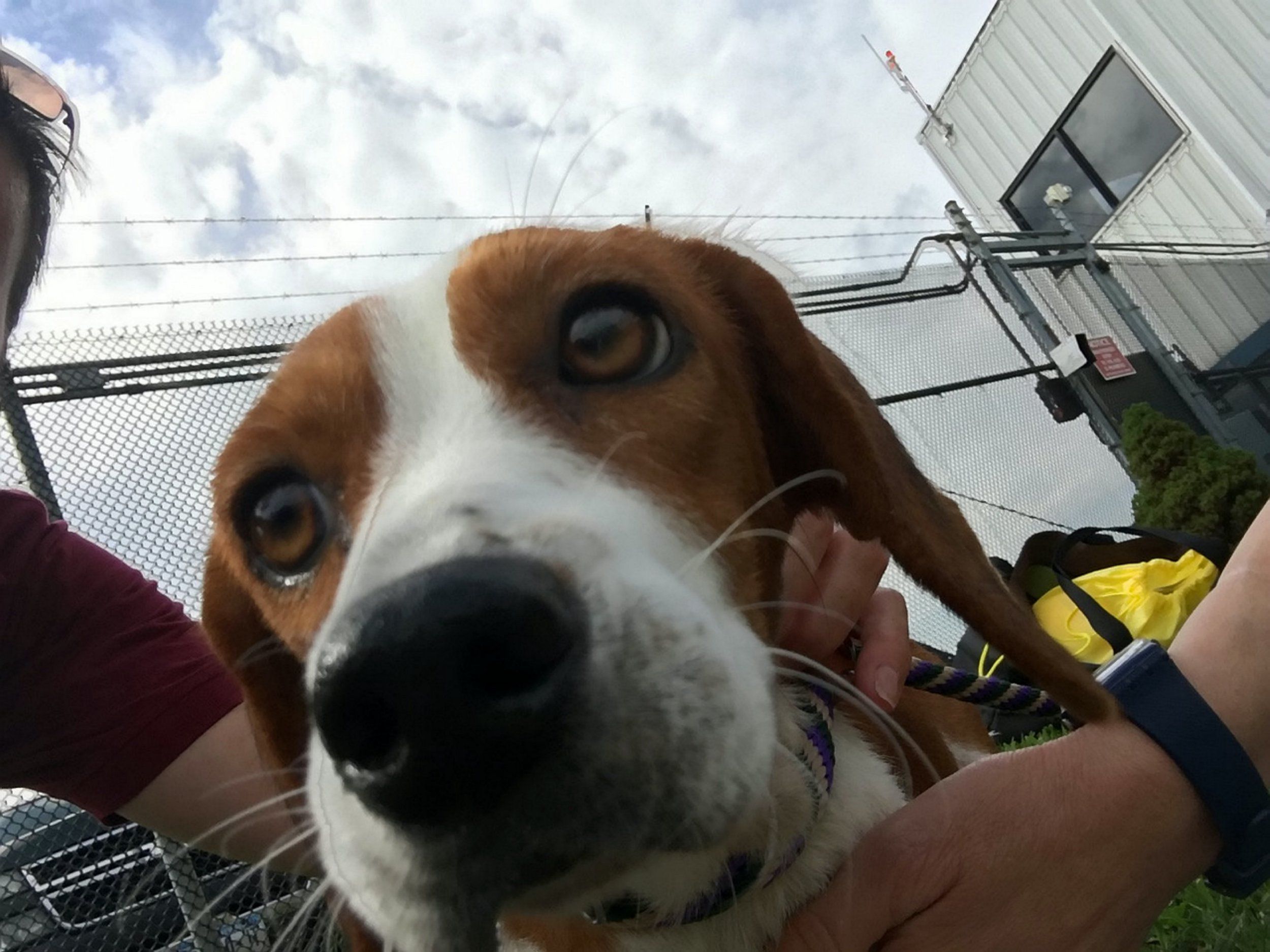 Nicole’s organization Animals R Us had been working with 45-year-old Paul Steklenski, a pilot, former tank trainer, and manager of Flying Fur Animal Rescue. They informed Paul of Adrienne’s condition, noting that if the surgery could not be performed, she would be put down within 24 hours.

Animals R Us had already decided to fund Adrienne’s expensive $1,500 surgery, but there was one problem: the dog would still have to be transported to Stamford, Connecticut, to a vet who had agreed to do the job at a lowered price.

Steklenski tells Metro, “When I heard about Adrienne, I knew I had to help. Animals R Family managed to get the funding for the surgery, and I knew I was the missing link.”

Steklenski, who has spent thousands of dollars on flying lessons, had purchased his own plane for this very reason— now, it would be put to good use.

Steklenski quickly set out on the 750-mile round trip from his home in Schwenksville, Pennsylvania, to North Carolina where he picked up Adrienne, then flying her all the way to New York. 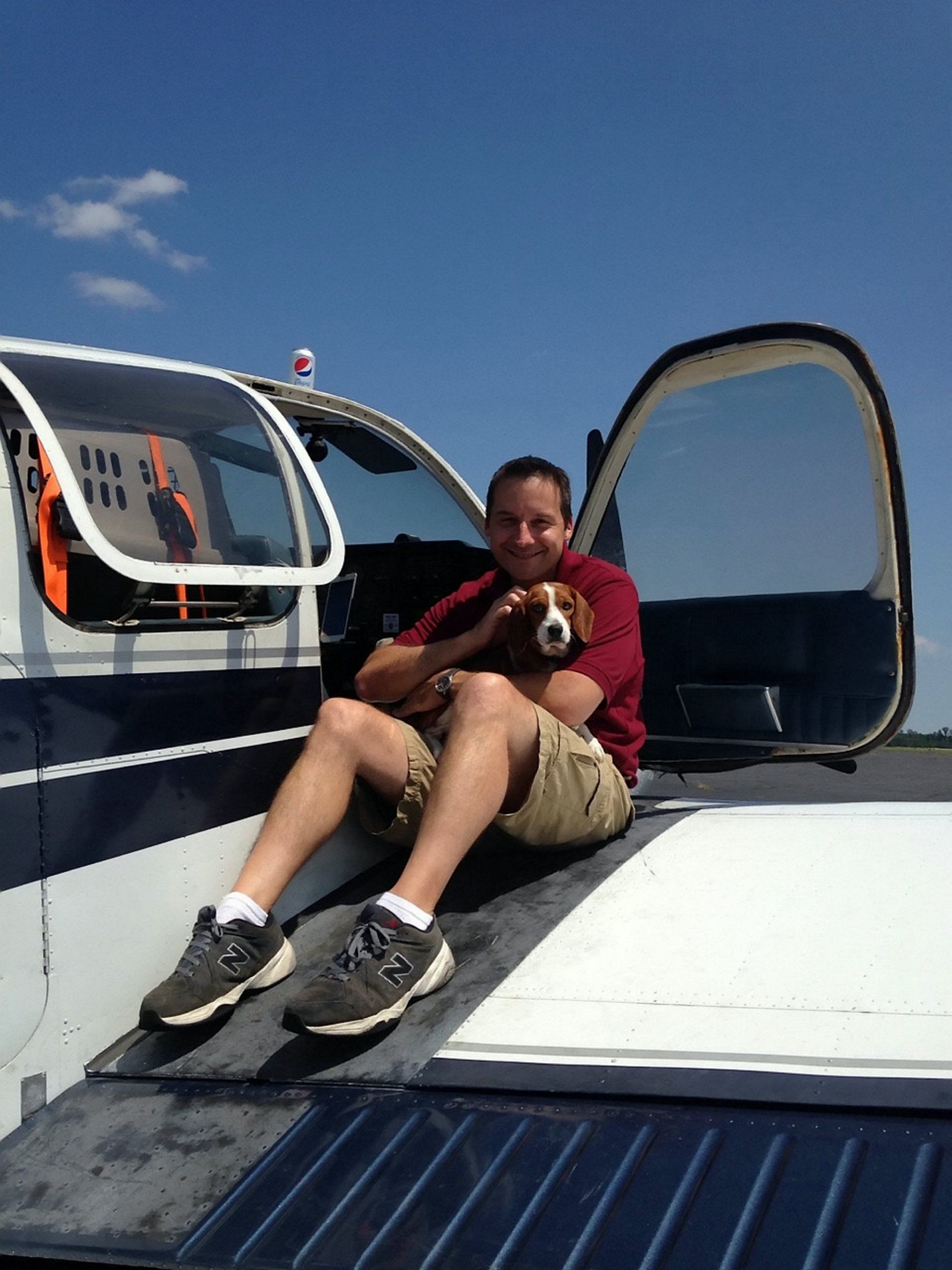 Steklenski tells Metro, “Adrienne was very scared, and timid, and gentle. She sat next to me the whole way because I needed to keep an eye on her […] It was so sad. She was malnourished and all these problems. It was not how a 2-year-old dog should be.”

As if saving Adrienne wasn’t enough, Steklenski decided to make the trip a bit merrier by bringing another 13 dogs along for the ride!

Each of the animals has since been placed in no-kill shelters and is awaiting adoption into a new “furever” family. On August 7th, 2017, Adrienne officially underwent her life-saving surgery and, according to Metro, is recovering well with the help of an IV drip and painkillers. 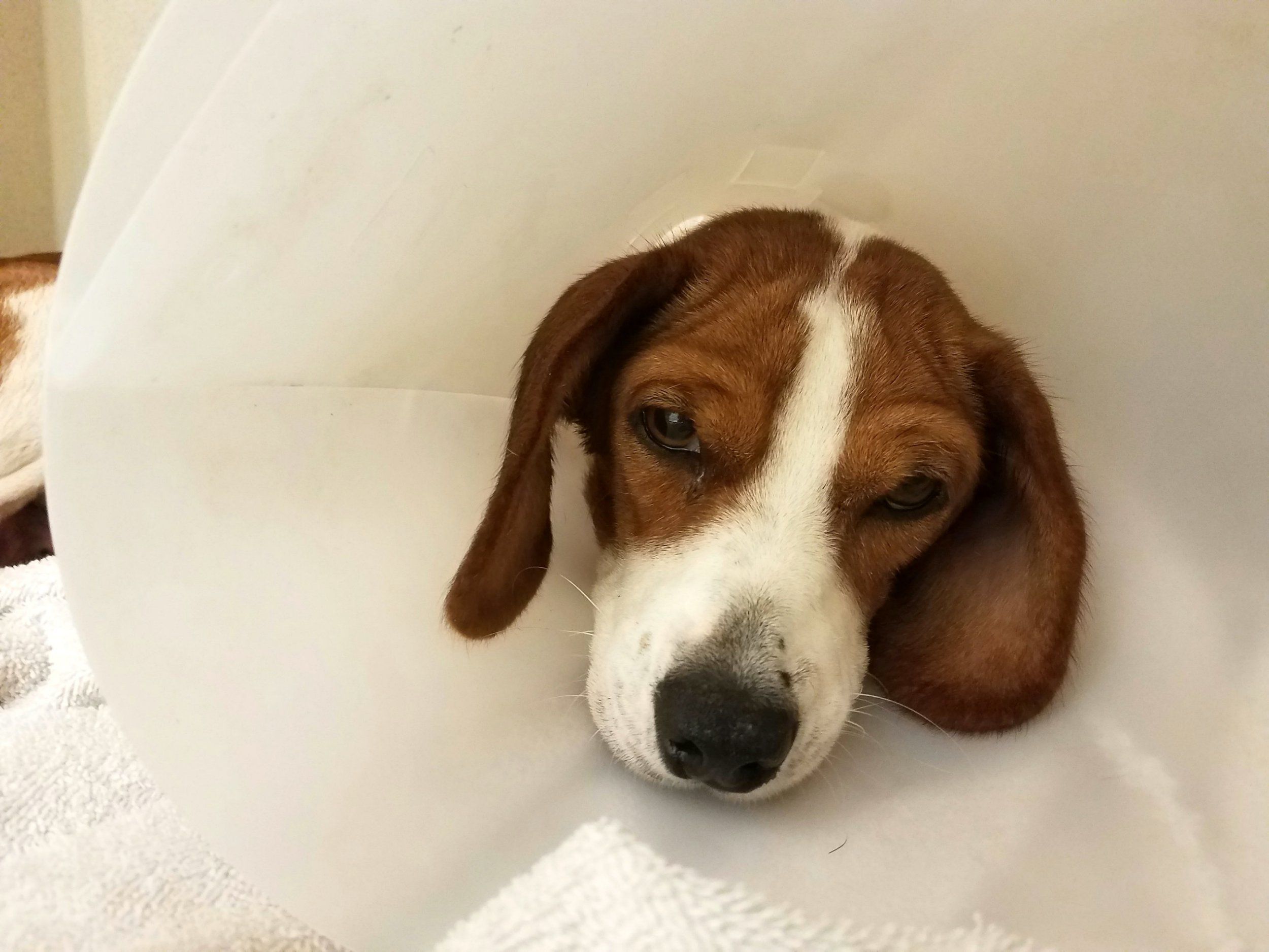 Although Adrienne will soon be going to live with a loving family— none of it would have been possible without the saving grace of a compassionate pilot who was (literally) willing to go the extra mile.