In Des Moines, Iowa, an eight-year-old dog named Pinky, held at an animal shelter for two years after a 2016 spat with a cat and thus labeled “dangerous,” was released on Monday after a long, heated court battle. 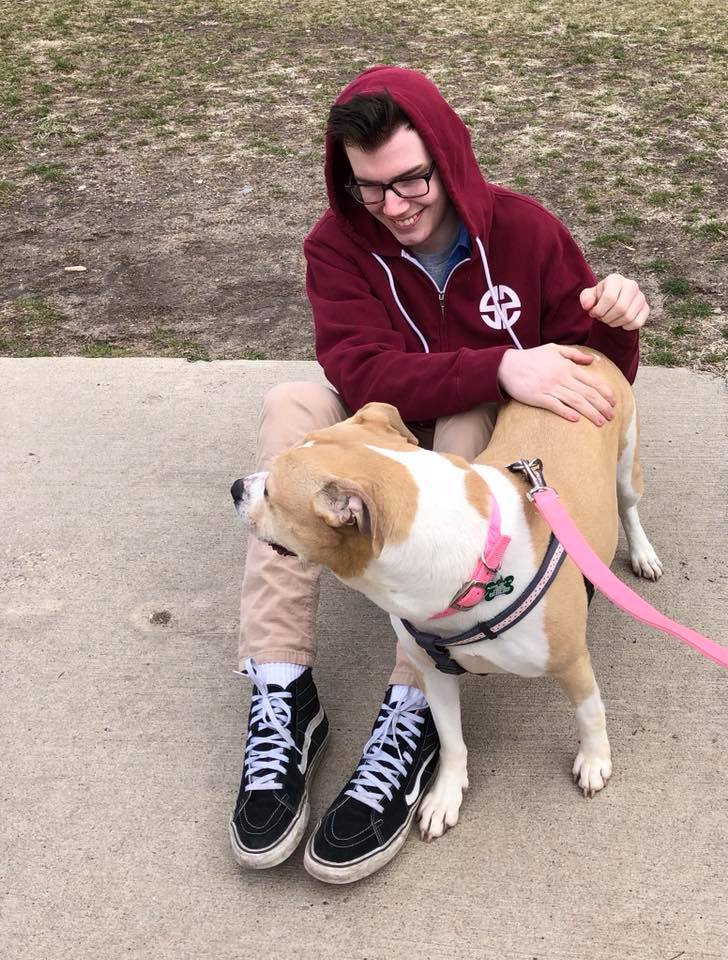 Pinky, who had been held in solitary “custody” for two years  had never bitten a person and did not kill the cat (though the cat was injured) but had been deemed a dangerous dog and designated as a “high risk” breed because she was designated as being a pit bull.

According to the DesMoinesRegister, Pinky had bolted from her owner’s property in March 2016 when a neighbor’s cat was injured. The cat’s owner saw Pinky carrying the cat in her mouth and yelled at the dog to drop her. The cat escaped and ran up a tree. Since then Pinky had been locked away at the Animal Rescue League (ARL) while a battle ensued to determine the dog’s life or death. Earlier this month, the Iowa Court of Appeals ruled in favor of Pinky, stating the city’s ordinance concerning dangerous animals was too vague.

On Monday afternoon, Pinky was able to visit with her previous owner who, because of the court case had sold the dog to shelter owner, Diana Helmers in order to help save the dog’s life.  Helmers insisted the dog was of no danger to anyone and petitioned the court to let her take the dog to Agape Fosters, an animal refuge she has owned and operated for 20 years.

Some of my favs of the day. Jamie Hunter my attorney from the Dickey & Campbell Law Firm should have been there too but couldn’t.