The biggest faults of pit bulls:  they snuggle too hard, they smooch too much, and they try too hard to please their people.  Sometimes they fail miserably, and sometimes they fail adorably.  This cutie gets an A for effort!

Pit bulls adore showing off for their humans, so when four-year-old Kailyn decided to practice her cartwheels, naturally, Oakland wanted to show that he could do them, too.  The pair then finished the floor routine together. 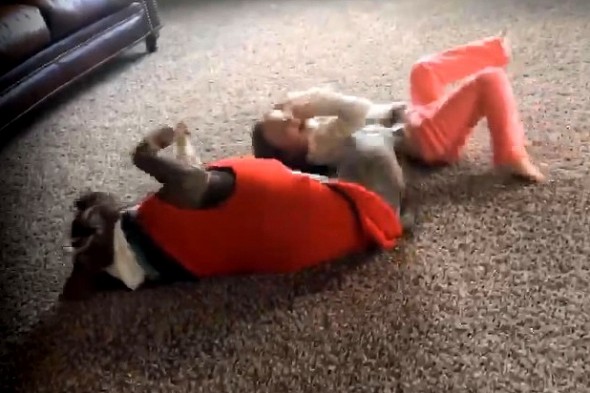 Since this video has gone viral, poster Jacqueline Sloan Ziegler has set up a Facebook page for her goofy boy to show the world just how wonderful rescued dogs – especially pit bulls – truly are. 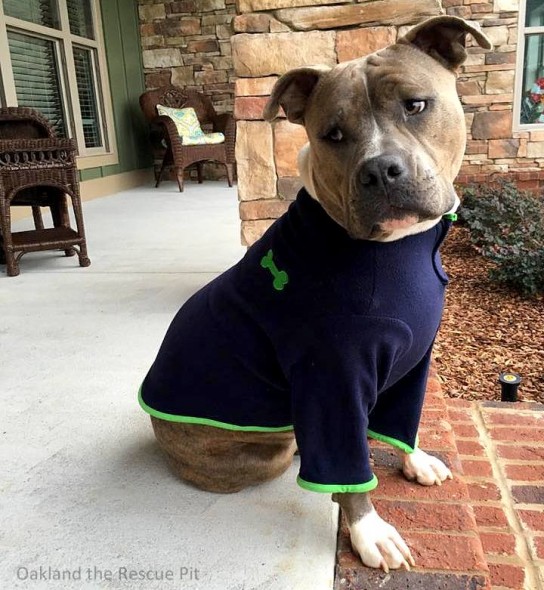 Oakland was adopted from Pit Happens Rescue, which has plenty of other terrific dogs who need homes where they, too, can have a chance to shine.