Shelter staff from the Foothills Animal Shelter in Lakewood, Colorado discovered a loving pit bull who appeared to need help. The pit bull, who they named Betty, was wandering outside in the cold and seemed to be hungry and worried.

The staff noted that Betty had recently given birth, but she didn’t have any puppies with her. 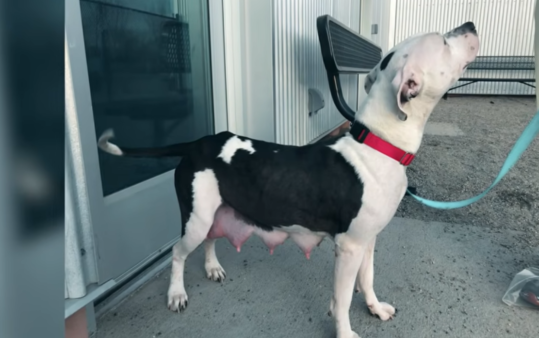 In a video shared on YouTube, the veterinarian for the Foothills Animal Shelter, Claire Vaiden, said, “During my exam, the first thing I noticed is that she was lactating. She had a lot of development on her mammary tissues, which told me that she had some very young puppies she was feeding.” 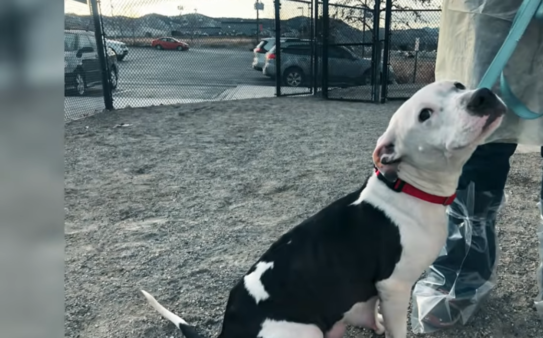 With snow in the forecast, the employees were especially anxious to find the puppies before it was too late.

They decided that the best course of action would be to take Betty to the spot they picked her up, in hopes that she would lead them to her pups.

Thankfully, it all worked out and as soon as Betty was returned to where they found her, she sought out her four three-week-old puppies.

According to Daily Paws, the marketing and community engagement manager for the shelter explained, “We took Betty back to where we found her in hopes that her maternal instinct would lead us to her puppies, and that’s exactly what happened.” 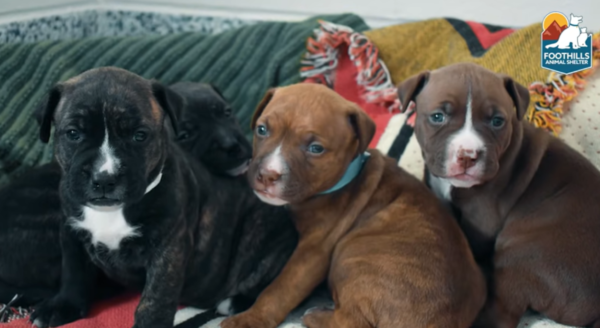 The employees took all five dogs back to the shelter to receive check-ups, a safe place to stay out of the weather, and a whole lot of love. The pups were named Rose, Blanche, Sophia, and Dorthy, all inspired by the Golden Girls.

Naturally, the mama dog was named Betty after Betty White – one of the most loved actresses on the Golden Girls show.

All four babies and the mama dog were successfully adopted into loving forever homes, all thanks to the wonderful staff at the shelter. Without their due diligence and determination, the fate of the puppies could’ve had a much worse outcome.

Watch the inspiring video below: