When you think of a police K-9, the kind of dogs that come to mind are German shepherds and Belgian Malinois.  But the most recent graduate and rookie for the Poughkeepsie Police Department in New York is a feisty pit bull who’ll be breaking stereotypes on the job. 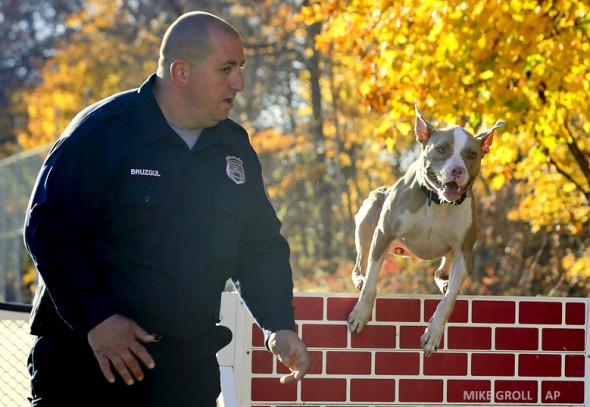 Kiah will be only one of a handful of pit bulls to be a police dog. Military and police dog trainer Brad Croft found her at a Texas shelter after her owner had been arrested for animal cruelty.

“The breed isn’t important,” he said. “It’s what’s inside of the dog that’s important.” 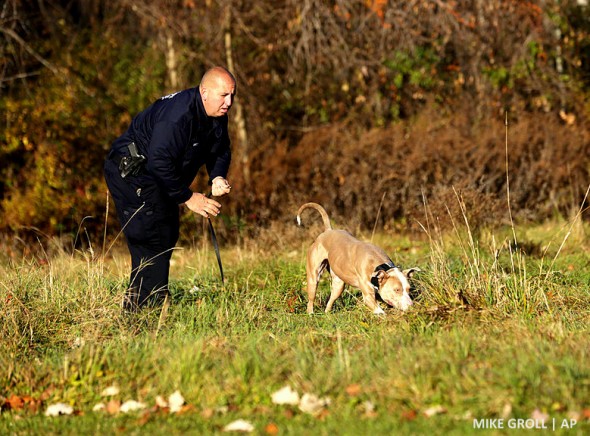 She’s going to be a sniffer dog, used to detect drugs and find missing people. Kiah will also be a goodwill ambassador.

“She wants to work,” said her handler, Officer Justin Bruzgul. “She’s high-energy. Affectionate. I couldn’t ask for a better partner.”

K-9s typically cost around $15,000 to be bred and trained. But shelter dogs can be adopted for much less than that, and certainly don’t require a pedigree. Kiah was given to the department for free because of the partnership between Croft’s San Antonio-based company, Universal K9, the Austin animal shelter she was in, and Animal Farm Foundation, a New York group that works for the equal rights of pit bulls. 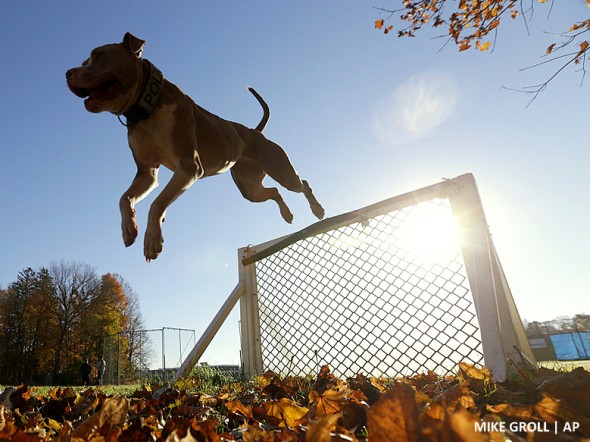 According to to George Carlson, the Ulster County sheriff’s deputy who trained Kiah in Stone Ridge, New York, a dog’s energy, motivation, and eagerness to please its handler are the most important qualities.

He calls Kiah a sweetheart, and says she’s the only pit bull he’s heard of on the east coast.

“Dogs are individuals,” he said. “They have their own personalities, just like people. And I’d rather train dogs than people.” 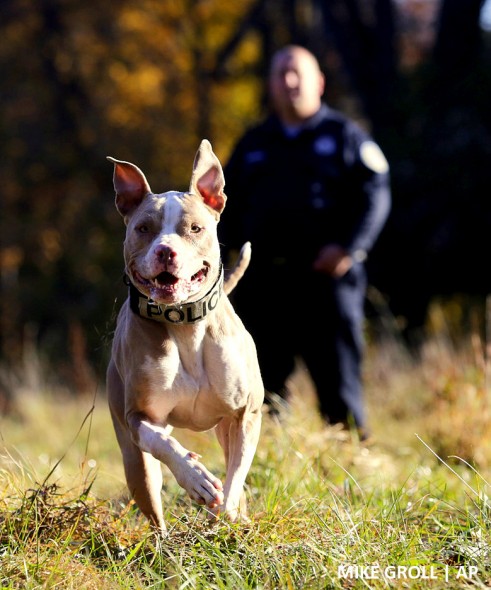