Kerry Haney, a volunteer with Don’t Bully Us Rescue, was just relaxing at home one night when she started receiving a lot of calls and texts. Everyone was trying to alert her about a pit bull found in the most despicable situation.

A pit bull was found in a family’s yard tied so tightly to a tree that he couldn’t move his head. He had no food or water and couldn’t move to get to it even if he did. She arrived to the address still in her pajamas to see if she could spot the dog and talk to the owners. 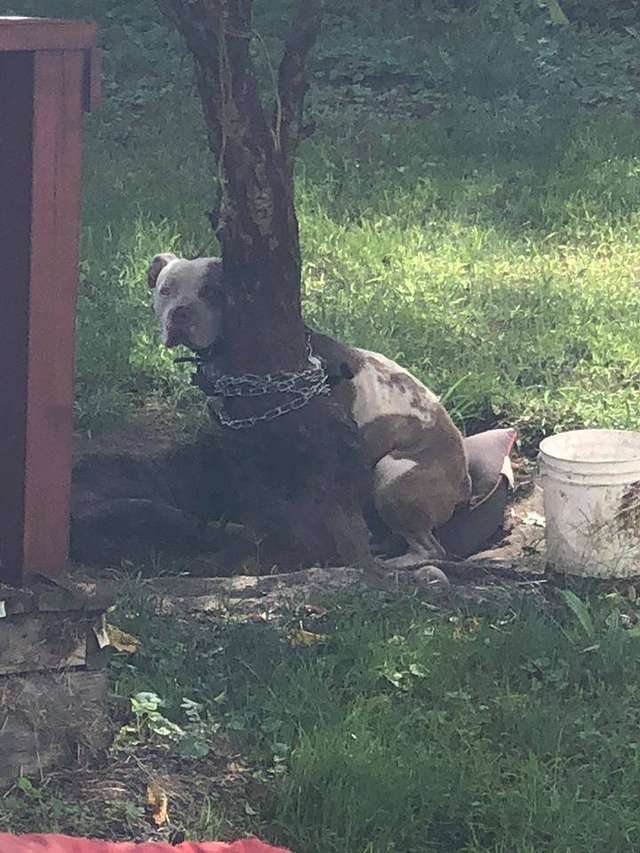 But when Kerry arrived, she didn’t see any dog outside. She contacted the police who said they were already aware of the situation and were doing everything they could to ensure the dog was safe. All Kerry could do now was sit in the dark for a few days while the police did what they had to do to pull the dog from his owners.

Later in the week, Max was finally removed from the property and placed in the Gloucester County Animal Shelter. They would care for him until the court hearing where his owners would be found guilty and fined. Max was then officially surrendered to the shelter. 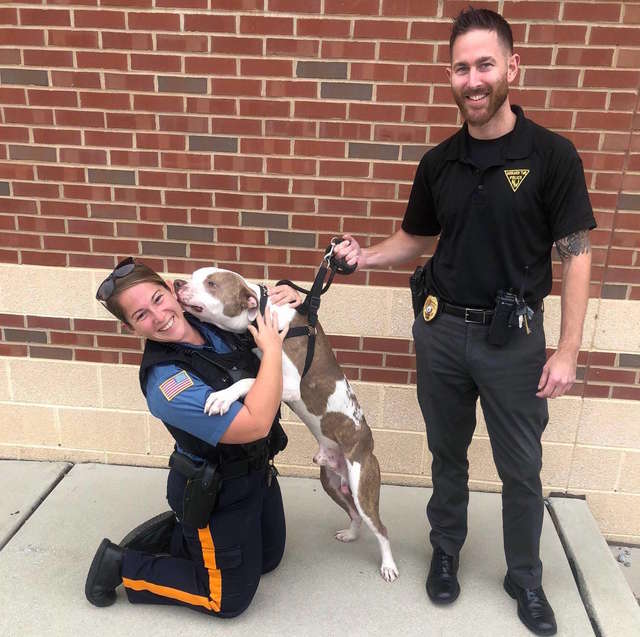 Don’t Bully Us Rescue wanted to take Max in right away, but the shelter seemed to want to keep him. But after Max tested positive for heartworm and failed some basic behavioral tests, the shelter reached out to the rescue to see if they could get him more personalized care. Kerry was thrilled to be able to take Max in! 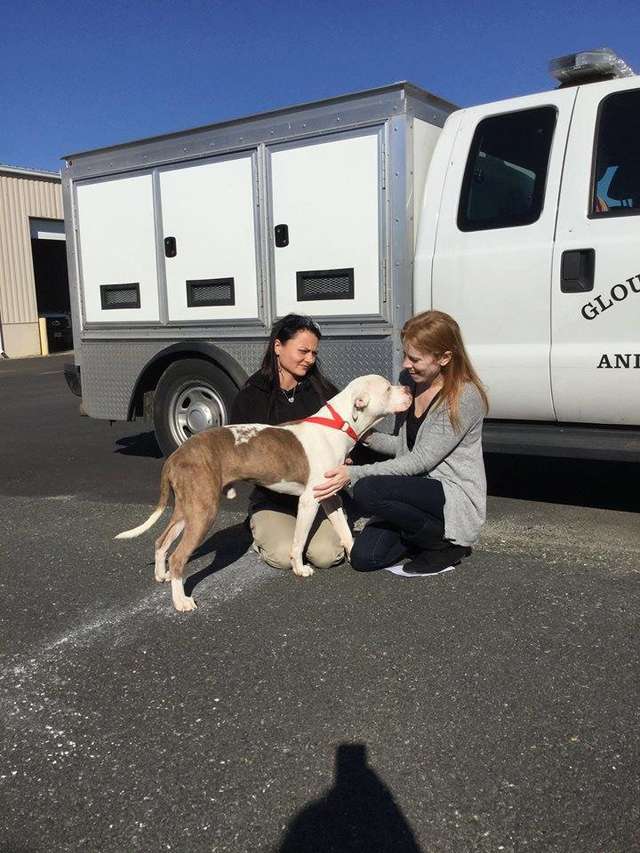 Since Kerry was part of the dog’s original rescue, it was decided she’d be the one to foster him. Kerry was excited to give Max the second chance in life that he so much deserved! She found the pit bull to be sweet and friendly despite the shelter suggesting how aggressive the dog could be.

She quickly found Max to be a puppy in a big dog’s body. He never got to play as a puppy and live the life of a dog, so he didn’t really know how else to act. He had no manners, but that’s something Kerry would work on with him. 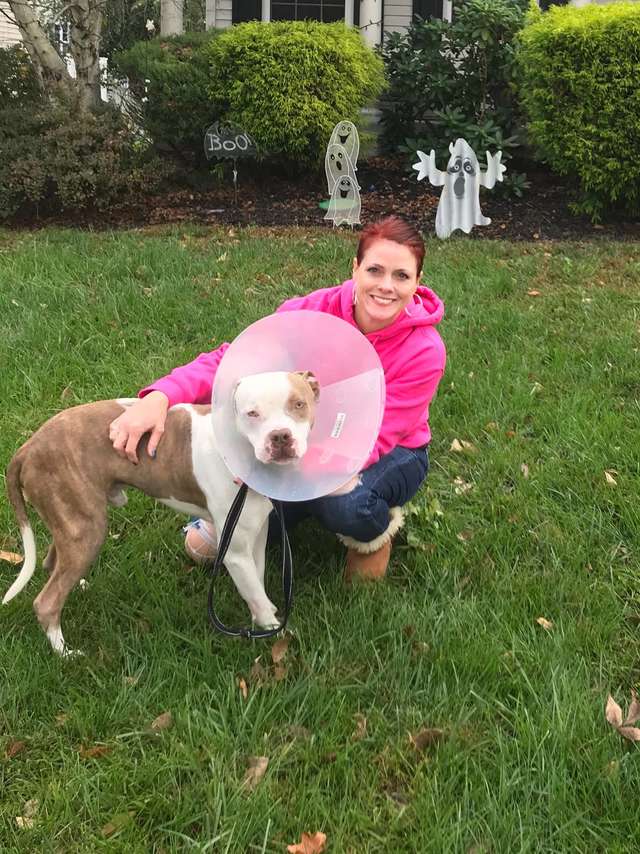 Max never learned to properly enjoy life or learn any basic skills, but that was all about to change for the sweet pit bull. Kerry and her family are doing everything possible to show him the ropes and teach him how amazing life can be.

Max gets along well with the family’s other two dogs and is friendly with everyone he comes in contact with. He loves kids, and they think it’s because he came from a home with two young kids whom he misses very much. 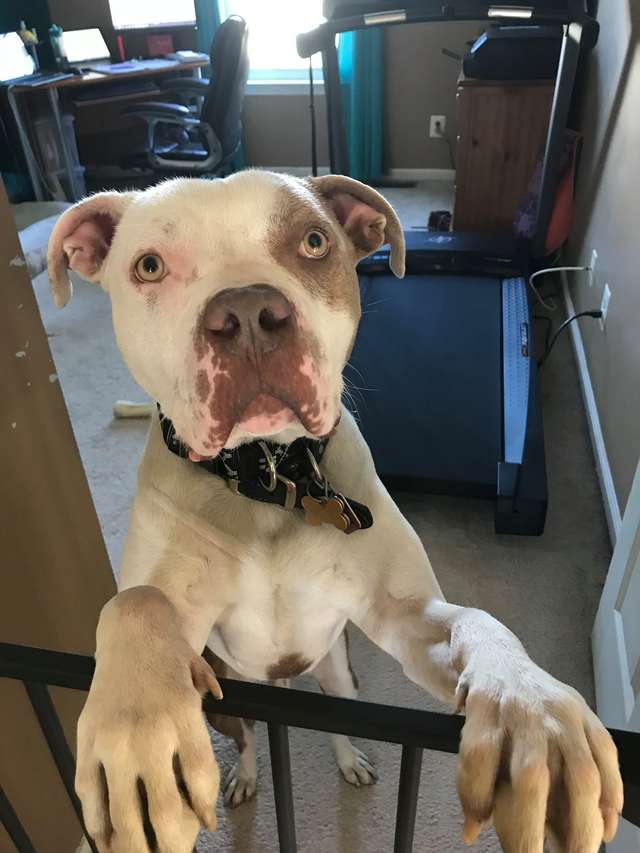 “He’s a goofy big pup,” Kerry told The Dodo. “He loves to play… more than any dog I’ve ever seen. And if you are sitting on the floor or couch, don’t think you’ll have any personal space. He will be on you in the drop of a dime. He hangs with me in my office every day. He just chews on his bone while I work and he never barks at the mailman or kids passing by. He is an absolute pleasure to have!” 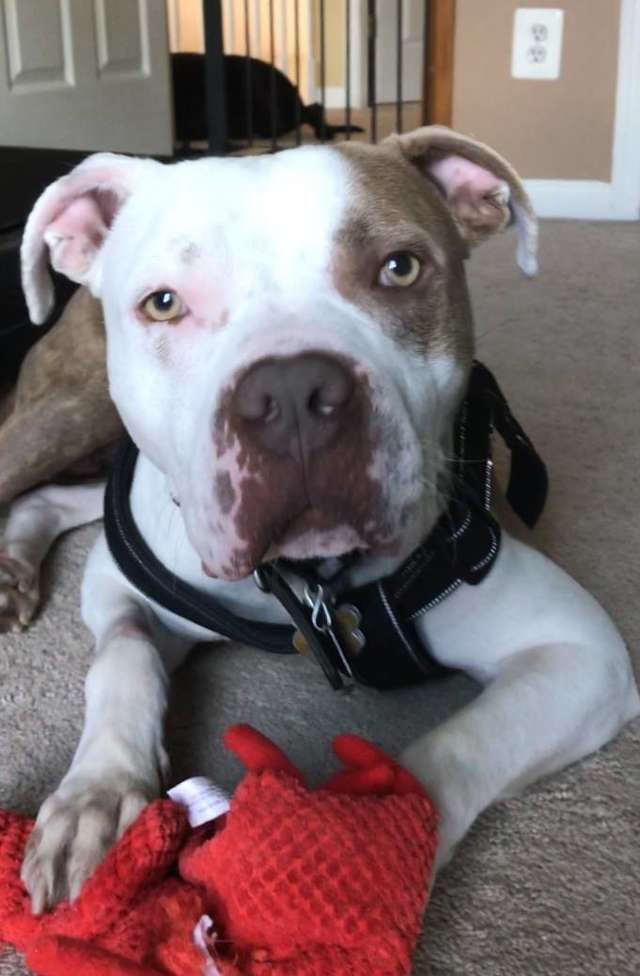 It would be perfect for Max to find an active family to take him in and give him a forever home. He loves to go on walks and run around and play but will also curl up and cuddle when the time is right. He just needs that steady dose of love for the rest of his life.

“It’s sad to think he was tied to a tree with no one, all day, every day,” Kerry said. “That was his yesterday … but his future is full of people and love. That is a promise!”