Some people are too quick to dismiss the term “Love at First sight.” I mean, sure, can you find someone and love them automatically in the very second you lay eyes on them. Probably not. Not with people. With dogs on the other hand, I 100% agree it’s a thing. 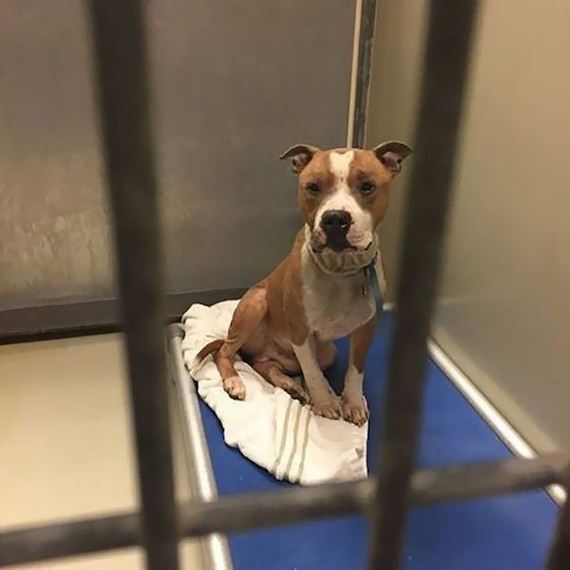 That’s what happened to Philadelphia student Kayla Filoon. She volunteers at the ACCT Philly shelter as a dog walker and one day she came across Russ the Pit Bull, just looking at her. In that second, it was love. 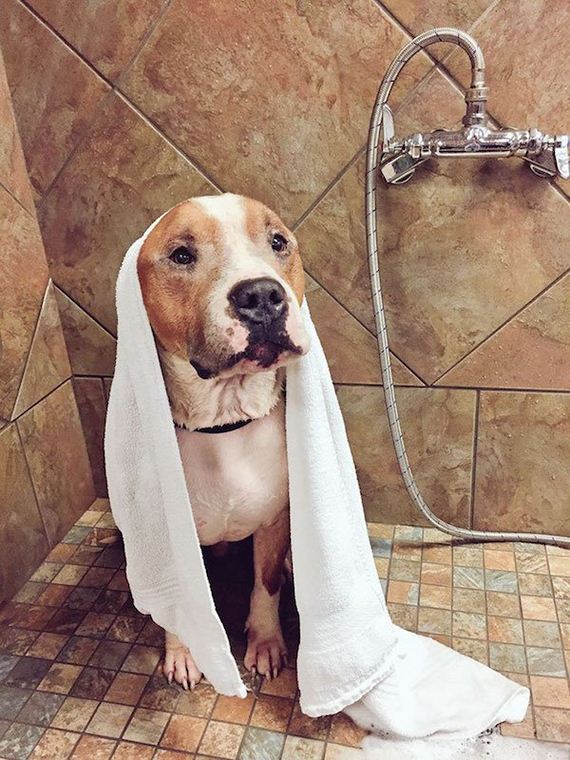 Russ had been brought into the shelter as a stray and he was really worse for wear; he was missing fur on his tail and ears and was incredibly skinny. Kayla knew that she had to take him home. 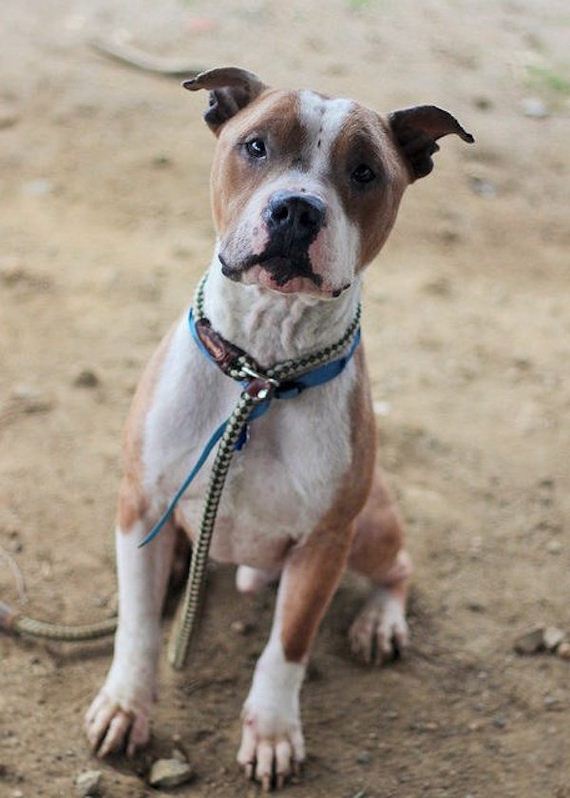 But you know, there’s protocols and such to follow, so she went about the rest of her day and came back later to check on him. He was still just chilling there, quietly waiting. She took him for a 45 minute walk and it only took the first 5 for her to fall in love. As soon as she came down to his level, he was super cuddly with her and acted so sweet towards her and the other dogs. 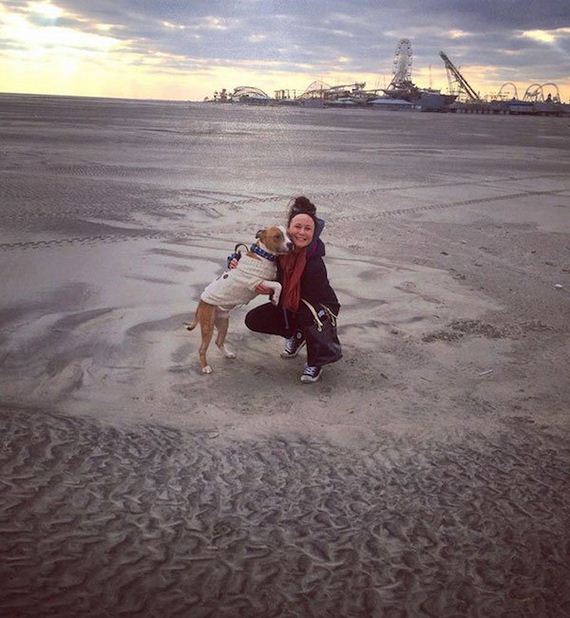 She also found that he knew basic commands like ‘sit,’ ‘down’ and ‘stay’ which made her think that he used to belong to someone who cared enough to teach him, but somehow he ended up on the street.

She decided that she had to take him soon, as the kennel was going through some renos and was overcrowded. They had recently euthanized several dogs and Russ had a good chance of being on the list for the next round as he had kennel cough, was in rough shape and of course, his breed. 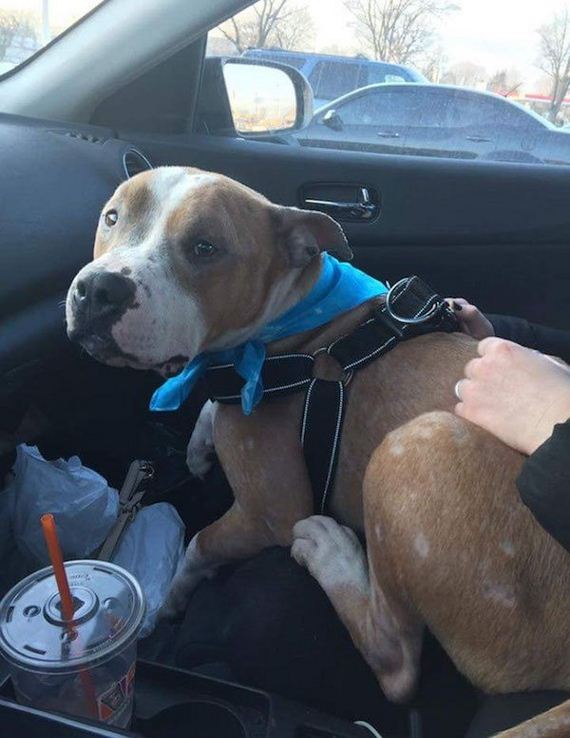