Layla eventually felt Harper’s good intentions and went to him to receive some pats on the nose and forehead. She ran back to her friend.

Harper felt that she gained Layla’s trust so he came over and put police vests over the dog to keep them warm. He rushed them to the vet as soon as he could.

At the vet, Gracie could barely open her eyes. Harper feared that she might be euthanized. 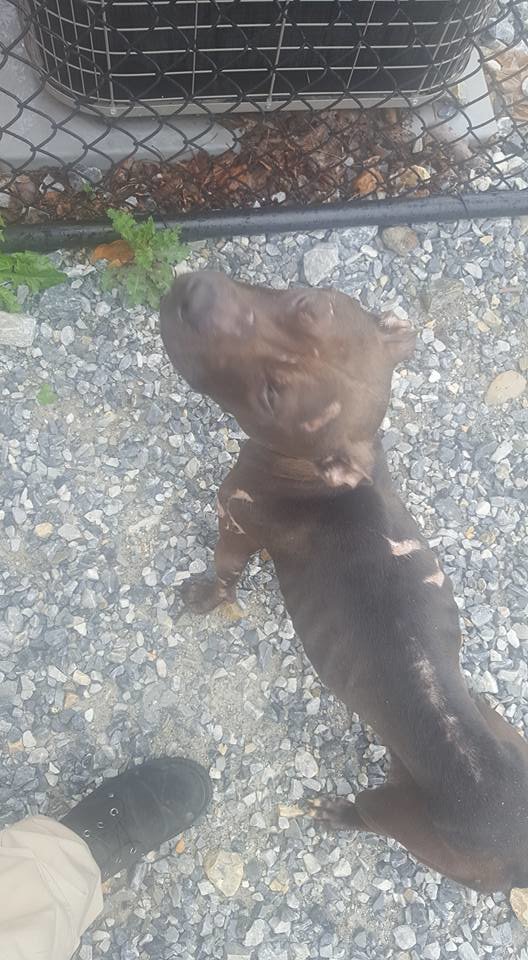 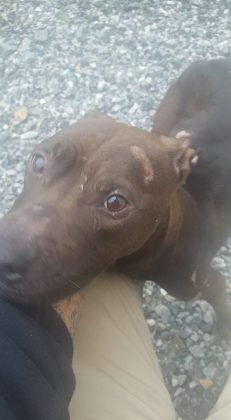 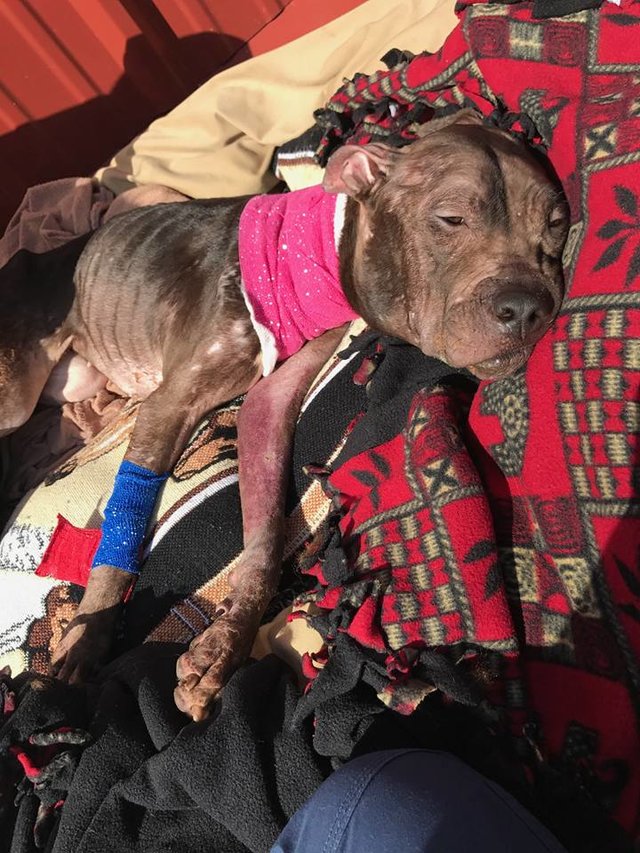 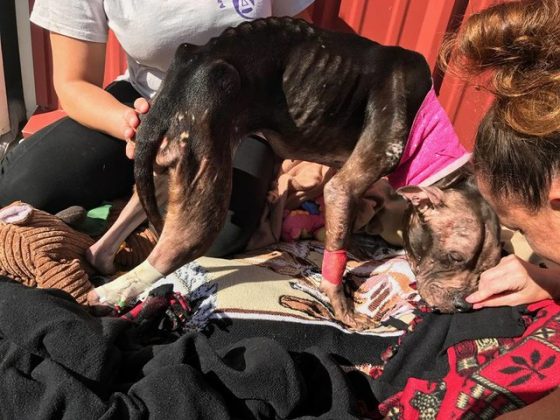 But the pups stood strong.

“Gracie was dying,” Harper said. “The vet gave her fluids and started warming her up.” 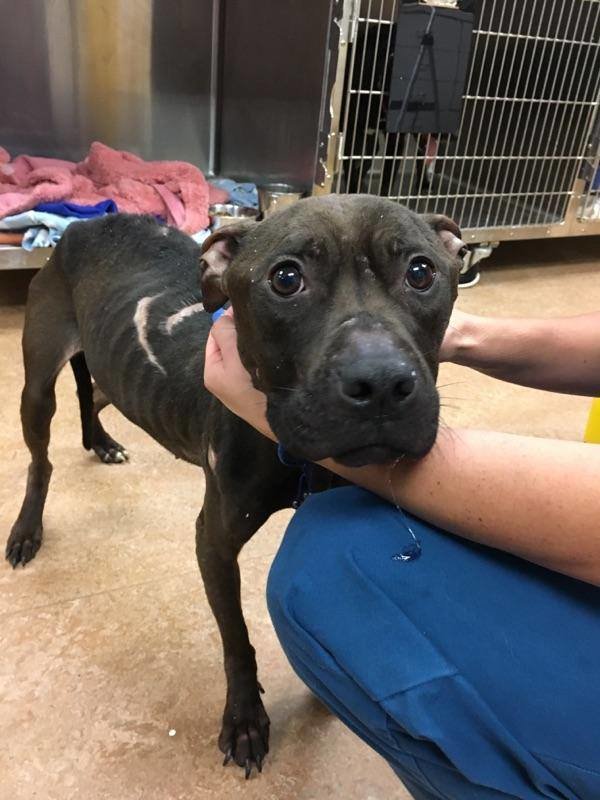 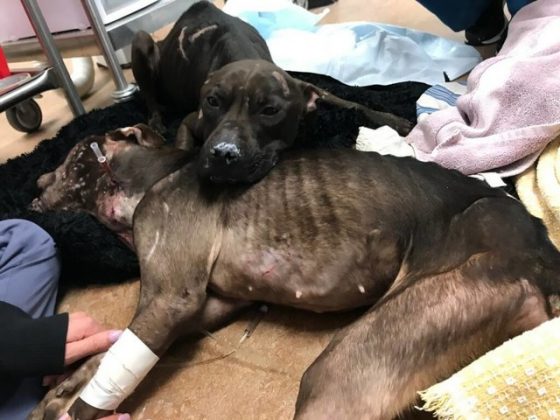 Harper underwent training as a law enforcement officer so that his team is first on the scene when police gets cases like his. The police isn’t normally trained to handle animal cruelty cases and officers like him fill that gap.

They are certified crime scene investigators that locate abusers and help bust dog fighting rings. Turn to the next page to see how this story ends.

Harper visited the emaciated Pit bulls at the vet. The two dogs definitely transformed. “Gracie saw me and actually stood up,” Harper said. “She started eating out of my hand. She remembered me … She wanted to follow me around. I sat down and she sat right on my lap.”

The two are positively shocked to be rescued. They are enjoying the love, attention and care but since they haven’t felt anything like it before, they do not know exaclty what to do with it. 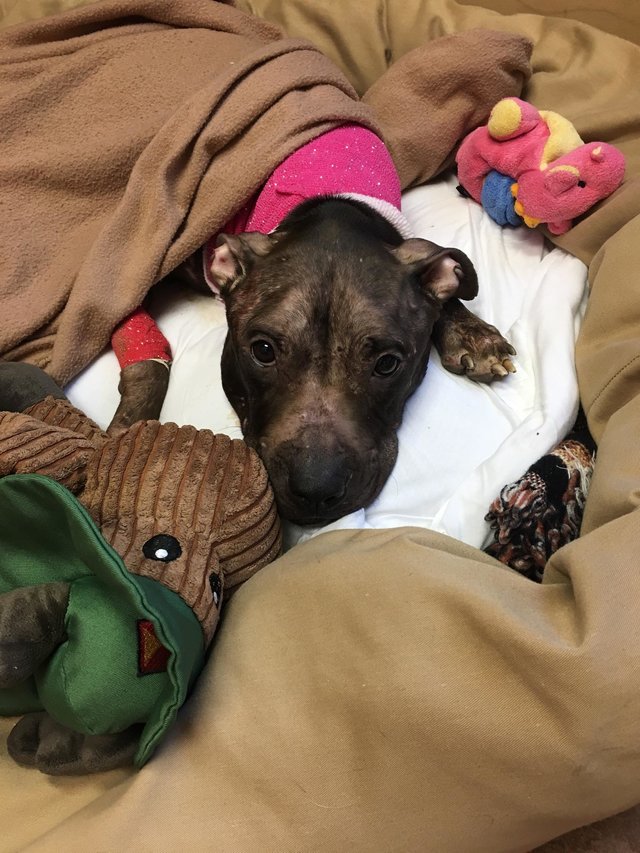 When they recover, they will go home with Harper for a while for some basic training and learn how to trust again. When they are ready, they will be adopted out to forever homes.

“In a lot of cases, dogs bond so closely because they don’t have anybody else,” Harper said. Now that they have so many people helping them get better, they can hardly believe it. “They just look at you. They just stare, like, ‘Is this real?’”