A man named Andy Mills is someone that you should forever hold in your heart. What he did for a sweet Pit Bull who was in grave danger is absolutely astounding. 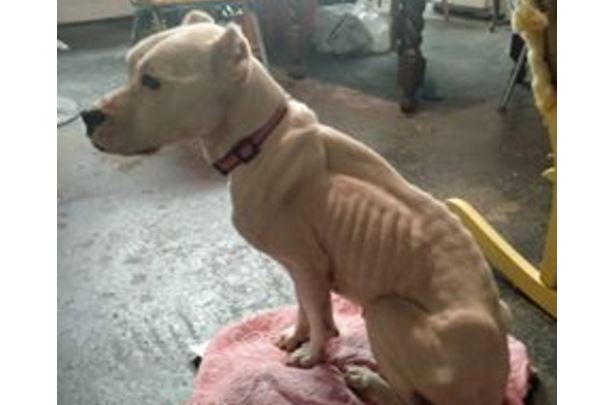 Last fall – an extremely neglected dog showed up at his house. Her ears had been horrifically cropped, she had gravel in her stool and she was frighteningly emaciated. Her poor ribs were protruding worse than he had ever seen.

Immediately Andy knew that he had to take her into his home. But of course, we was skeptical and worried. He knew he had to keep his distance and take her to the vet before he got too attached. He didn’t know what condition she was really in – she was very sickly looking.

Andy decided to call her Macy and took her into the vet clinic. Clearly – the veterinarian was shocked and couldn’t believe someone could do this to such a sweet dog. Even after all she had been through – her personality was loving and gentle.

Continue to the next page to see what the vet had to say about Macy after her visit to the doctor’s office. You might want to get a box of tissue ready. Don’t worry…happy tears!

The vet determined that Macy was a terrifying 24 pounds which is dangerously underweight. She also had worms. But other than that? She was surprisingly healthy! Even better? A stranger in the vet’s office at the time had paid for Macy’s initial doctor’s visit! 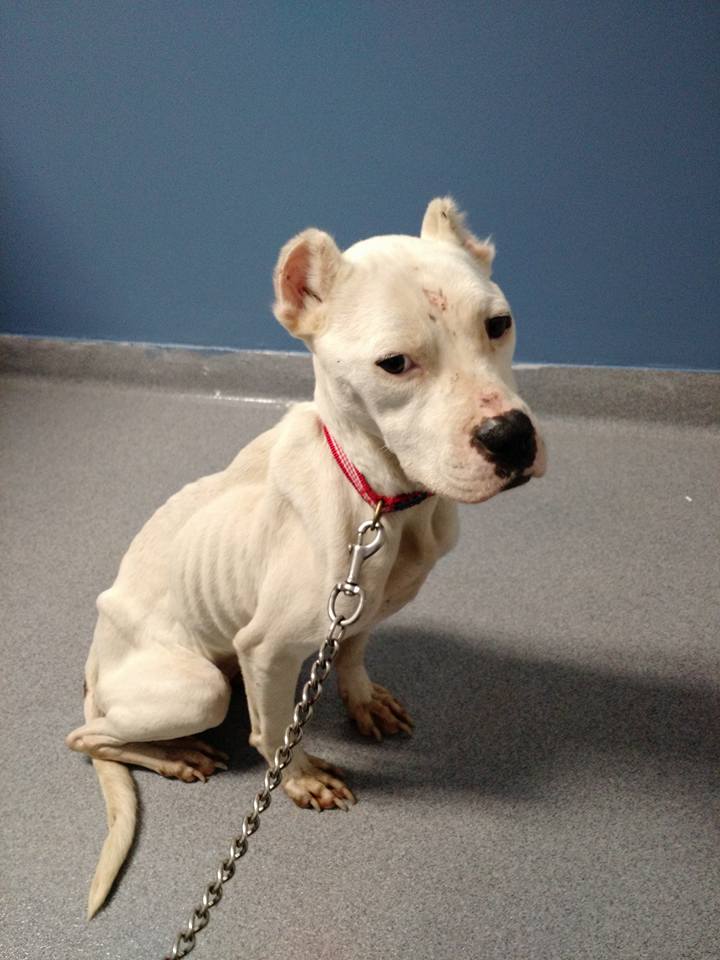 Andy knew that Macy was going to make it – and boy was he right. After just a couple weeks of some healthy eating and some TLC, her ribs no longer showed. She is now a VERY healthy 50 pounds! 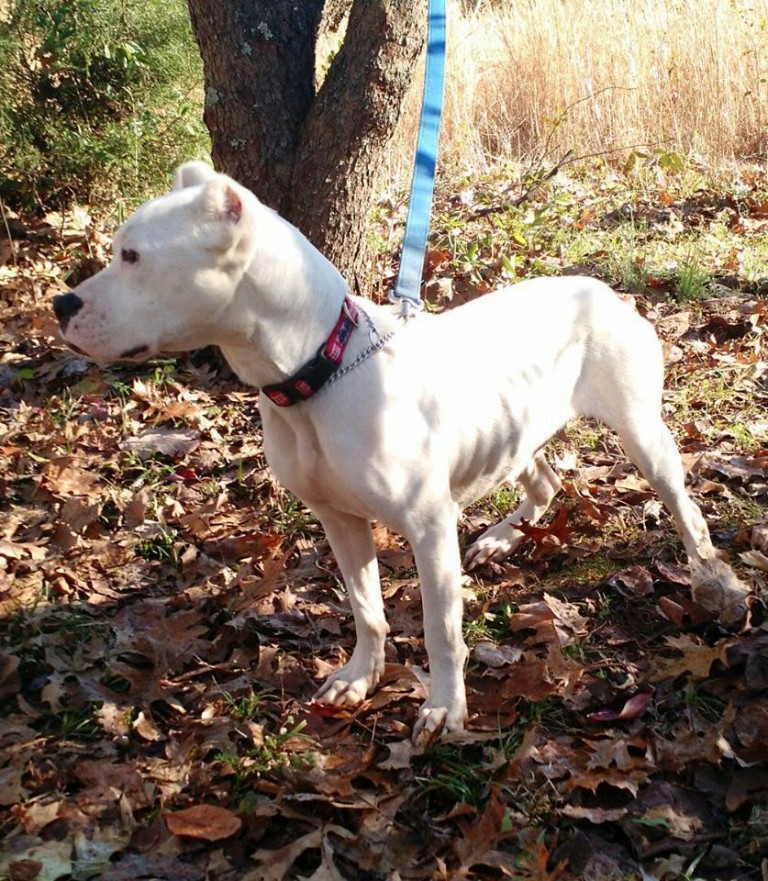 Andy even has another dog, named General, and Macy immediately loved her new best friend. Andy says that they play together all the time and love each other very much! 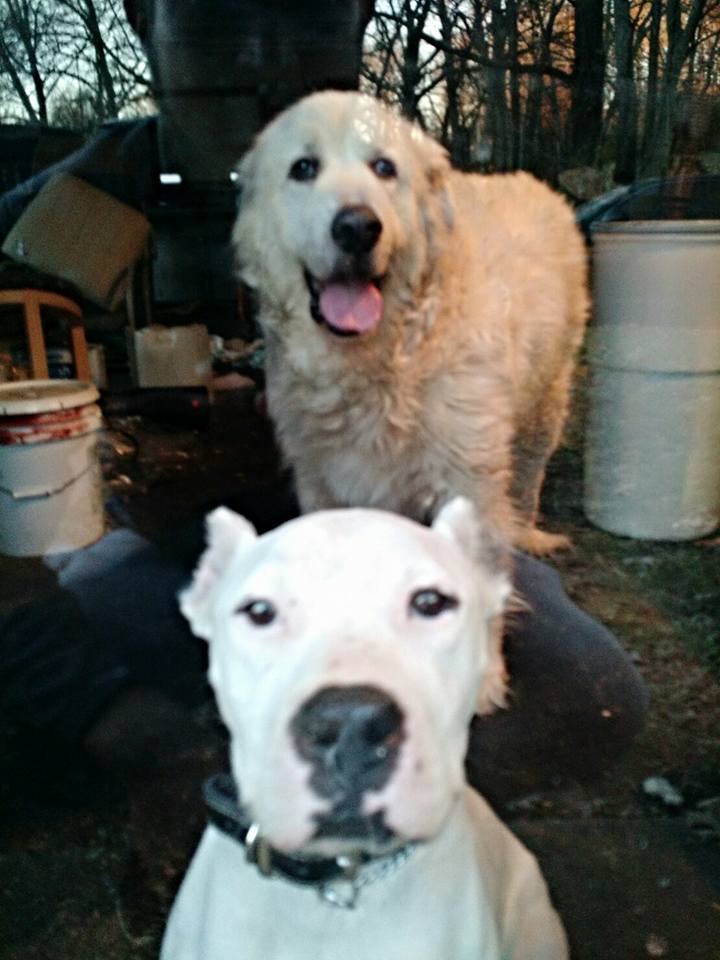 Even though Macy’s life was saved when she wandered up to his house – Andy says that Macy has brought wonderful energy into his life, even making General a happier and more energetic dog!

“She was raised by heathens, who didn’t feed her much less train her to behave. She chews on things and steals socks and yes, rolls in poop. But when I’m with her, she is fine; she follows me everywhere,” Andy says. “She knew she was rescued.”

YAY for Macy!! Please share this amazing story with all the dog lovers you know!