Every now and then, a group of Canadian animal rescuers visits one of America’s busiest kill shelters, hoping to save a few lives.

The idea, for Dog Tales Rescue and Sanctuary, is to identify some of the shelter’s most at-risk dogs.

They look for the old, the overlooked, the seemingly broken — the dogs who would surely be put down if they remained at Miami-Dade County Animal Services.

It never quite works out that way. 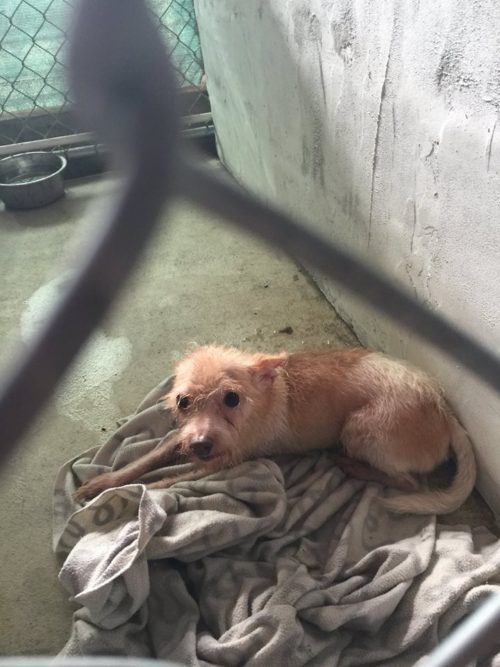 “Every time we travel to Miami we tell ourselves that we will only take a small amount of dogs,” Clare Forndran, media director for Dog Tales, tells iHeartDogs. “But once there, it’s simply impossible. To see such an overwhelming amount of dogs without hope makes it difficult to turn away.”

When the group visited earlier this month, they looked to bring no more than 15 dogs back to the Canadian sanctuary — and from there, find them real homes.

But, as is all-too often the case, it’s not the dogs who bite — but rather, reality. 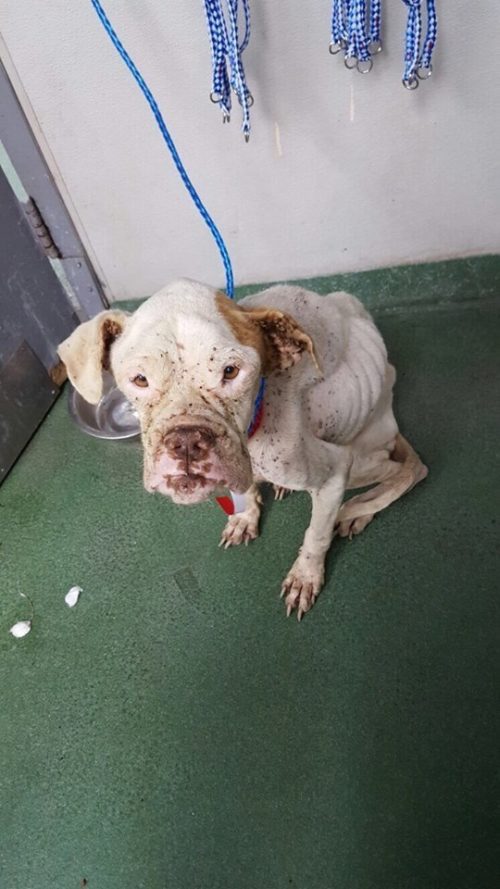 And so the Dog Tales delegation found itself making too many hard choices: Who do they save? Who remains behind?

They could only bring 15 dogs home.

They ended up rescuing 85 dogs.

But, like the shelter itself, no rescue group can keep up with the massive inflow of castaway pets. Laws must change, Forndran says, to prevent irresponsible breeding and dog ownership.

“Any individual considering bringing a pet into their home must understand that this is a serious, life-long commitment that is not to be taken lightly,” Forndran says.

This week, 17 of Miami-Dade’s ‘death-row’ dogs arrived at the Canadian sanctuary.

No longer living under a cloud. No more shrieks of fear. No more every-day uncertainty.

And every one of those dogs ran with it. 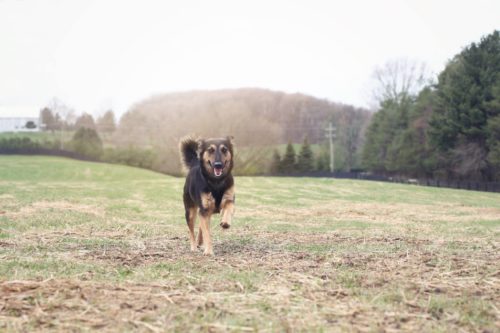 “It has been such a joy to watch these dogs come out of their shells in their time at our shelter,” Forndran says. “It is clear to us that they feel safe.

“Dogs who were untouchable in Miami are now playing with our volunteers and asking for belly rubs.” 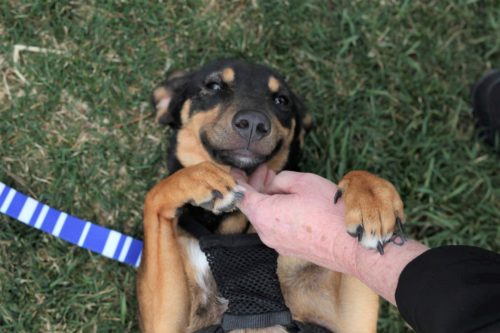 More Miami-Dade dogs are on their way. And more belly rubs await them.

“We are now searching for adoptive homes just as special as these lucky dogs are,” Forndran says. 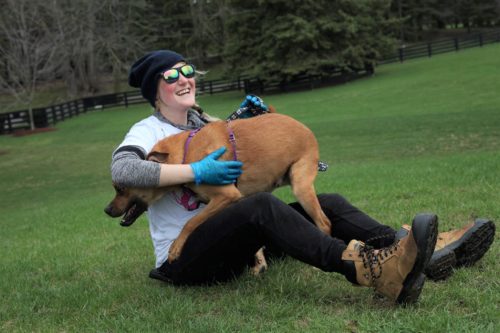 If you might be interested in giving one of these so-called ‘untouchables’ a real home, please visit the Dog Tales adoption page here.