He has been undergoing months of training with his human parter, Officer Garza, at Highland Canine Training, LLC in harmony, North Carolina. 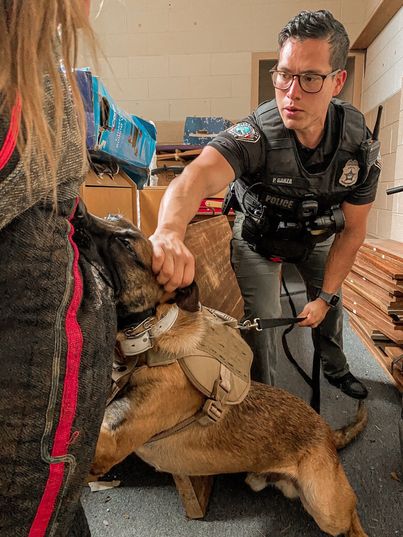 The Belgian Malinois pup was sworn in by Chief of Police Battiste, where he knelt down and recited a pledge to him.

K9 Ghost clearly couldn’t contain his excitement during his swearing in ceremony.

“Repeat after me, Officer Ghost,” Chief Battiste tells the K9 Officer, “I, Ghost, do solemnly swear or affirm that I will uphold the Constitution of the United States.” 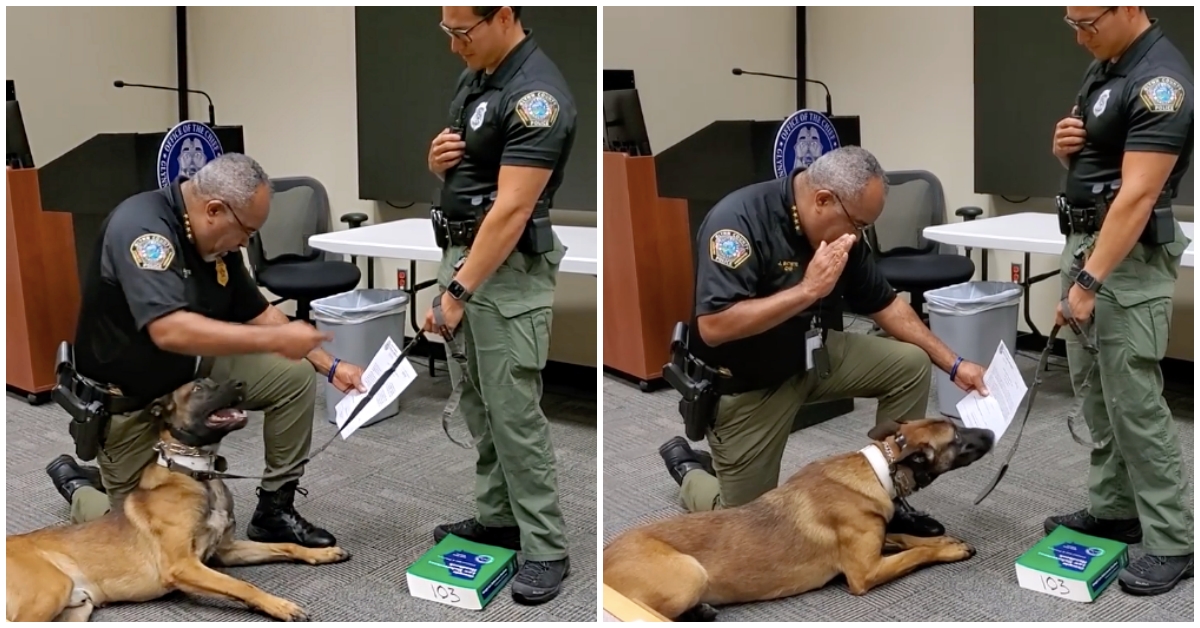 We’re not sure if Ghost was listening or not, but he began smelling the document, most likely looking for some treats.

The pup then reaches for the chief’s badge that was dangling around his neck, before getting overly exited and climbing all over him, wanting to play.

At one point, K9 Ghost even laid on his back, hoping to get some belly rubs. 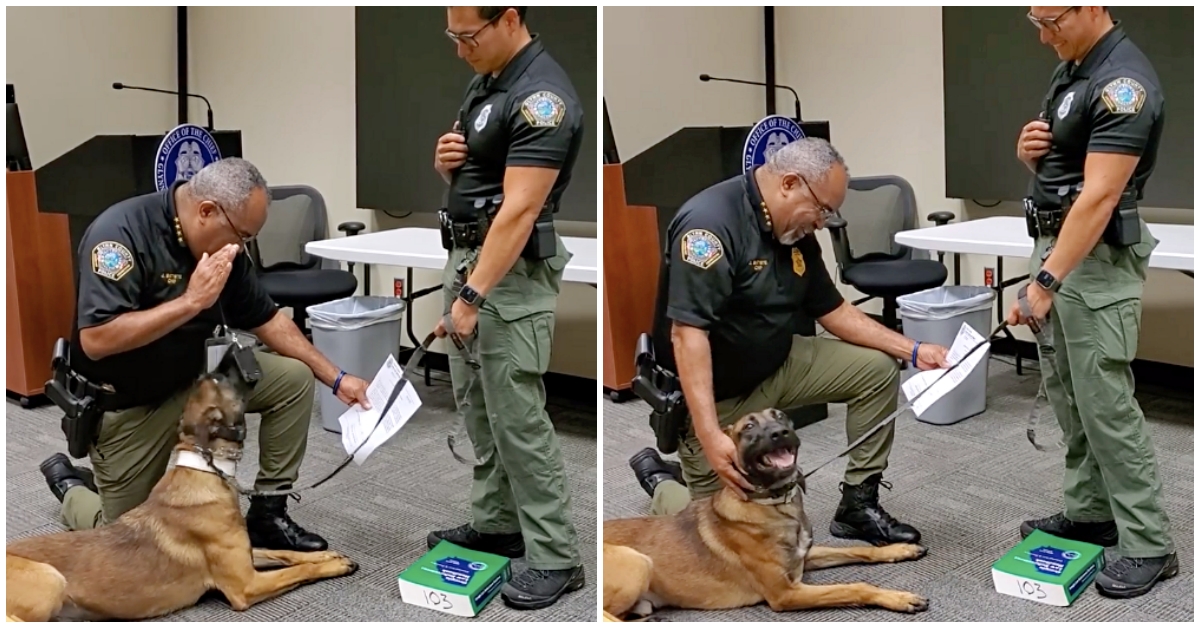 Battiste didn’t mind, but tried his best to hold back his laughter so he could continue with the oath.

Once he finally finished, he asked K9 Ghost to bark to confirm that he understood the oath. Although Ghost didn’t bark, another dog barked at the command for him.

Ghost was still much too busy chasing after the chief’s hand and acting silly. It’s safe to say that Ghost is still a puppy! 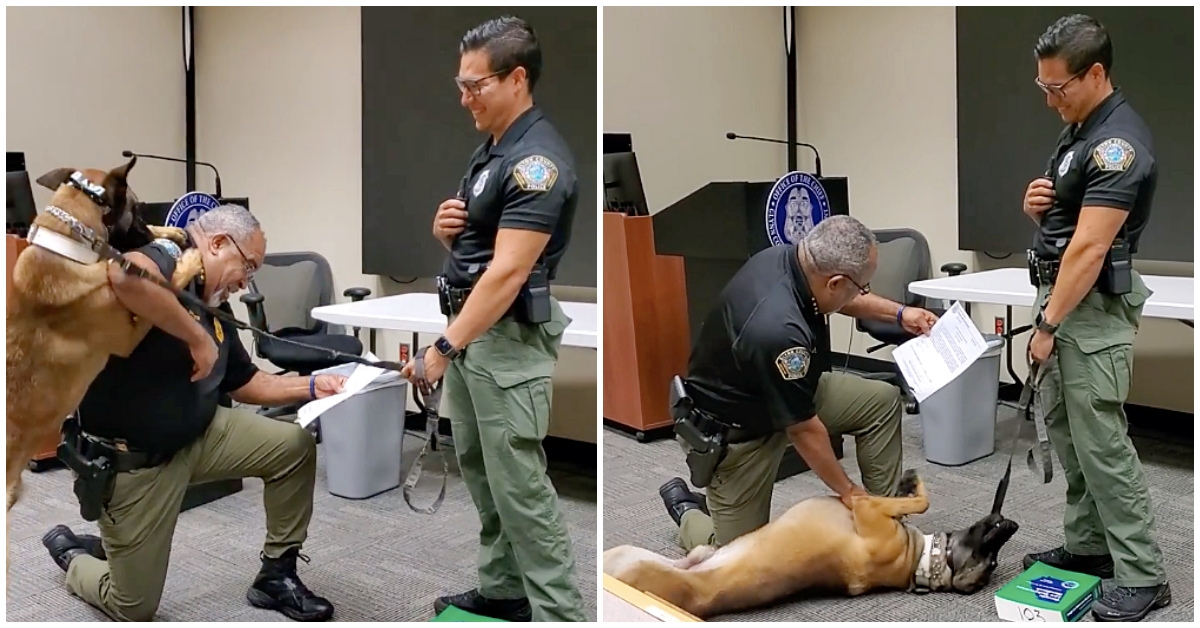 Ghost may be young and goofy, but we have no doubt that he will be great at his job and help serve the community.

Watch his hilarious swearing in ceremony in the video below: