“Once we had Lady Diana cleared of ticks and fleas she was OK. Thor took three vet visits and [needed to wear a cone] for a week to fix his jaw. Once the pain started to go, he [recovered] really fast and only wanted to play.”

That was Niall Harbison, digital creator and dedicated dog rescuer in Thailand, who has been encountering harrowing experiences as he rescues puppies in their rural community. 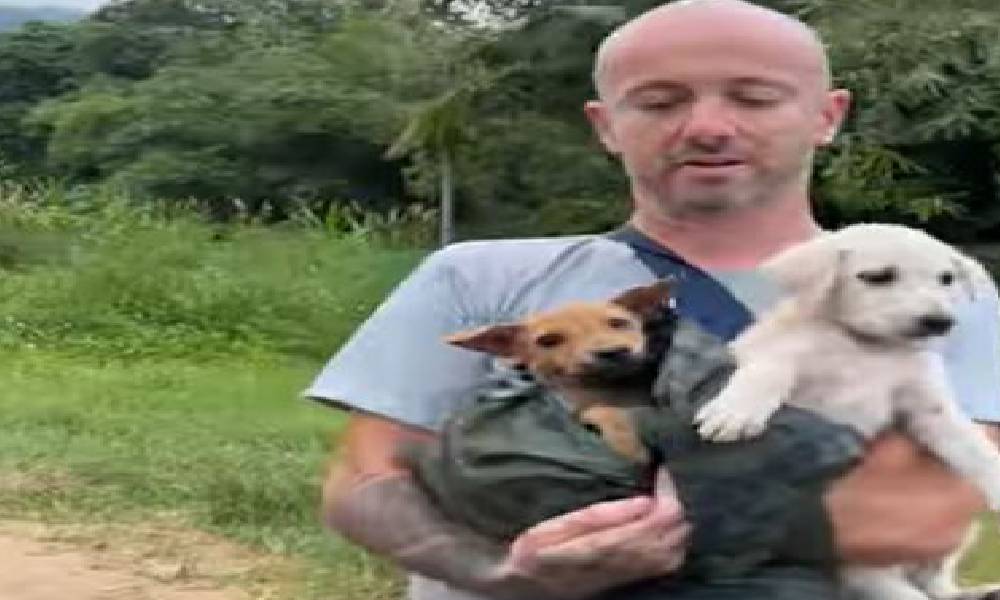 Harrowing, that’s the fact since some residents in his area have developed the habit of dumping dogs and puppies in the woods like trash.

Bone-chilling, that’s how Niall described to The Dodo the sound of screams he could hear from the woods. Poor puppies crying out for help and in fear. Nobody among those who have been doing this merciless dumping even thought about how these small creatures feel out there alone and cold. 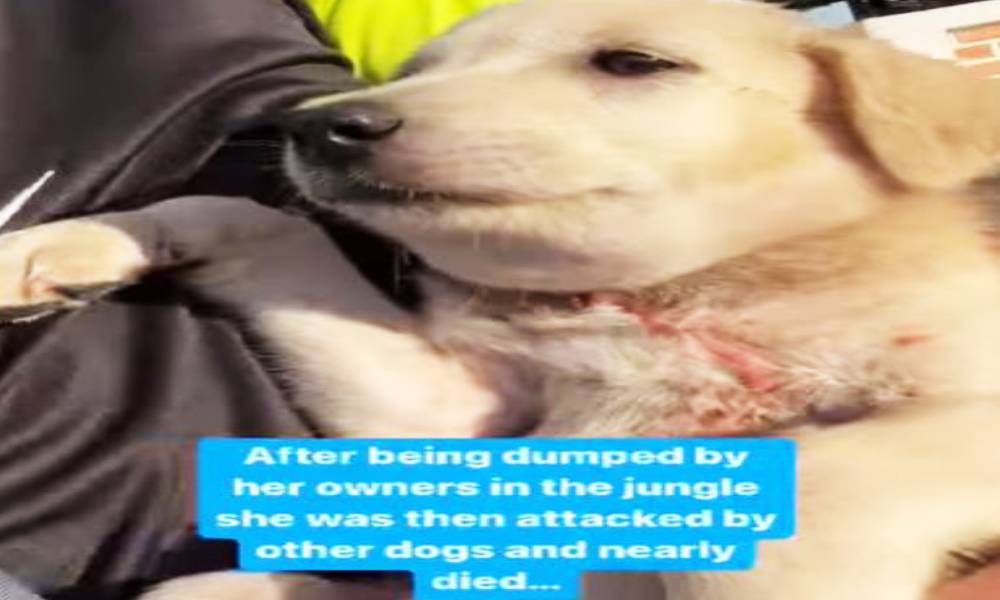 On this particular day, Niall and his friends had just rescued a girl puppy when they heard another frightened scream. About 500 meters from where they found the first white puppy, there was another with a brown coat.

Niall took it in his arms and off to his dog sanctuary. He named the white puppy Lady Diana and the brown pup Thor. But, unlike the god of thunder, Thor was weak,sick, and skinny. He took them to a vet for check-up and treatment including the elimination of ticks and other parasites.

Meanwhile, Lady Diana was in a critical condition too. She was dumped in the woods then attacked by other dogs. She was near death, and the infected wound on her neck required surgery. But Someone up there must be looking after these puppies, as well, like Niall and both she and Thor were able to survive.

Currently, the two puppies are being cared for at foster homes. Lady Diana has been taken in by the kind-hearted Ramona and Stefan from @love.palmtrees, where other rescue dogs are helping her to recover from her trauma. Niall is hopeful they’ll soon find a permanent family to love them with all their heart.