Plumber Carlos Carrillo and his work partner were heading to a job one day when they noticed a strange figure on the side of the road. They decided to pull over and investigate.

They couldn’t believe their eyes. Someone had clearly left this dog here to die. 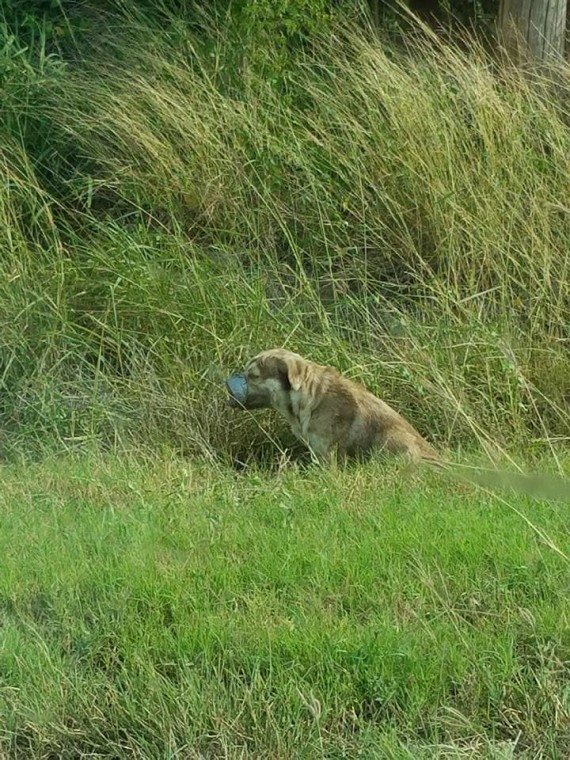 Tied up with tubing and his mouth taped shut, the dog was in desperate need of help. 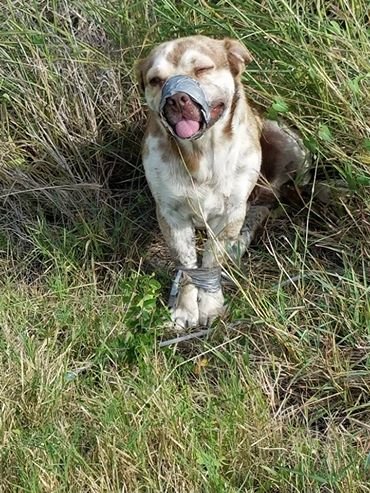 The two men weren’t about to ignore the poor thing, so they cut him free. The dog seemed to like the attention and had a very loving demeanor. 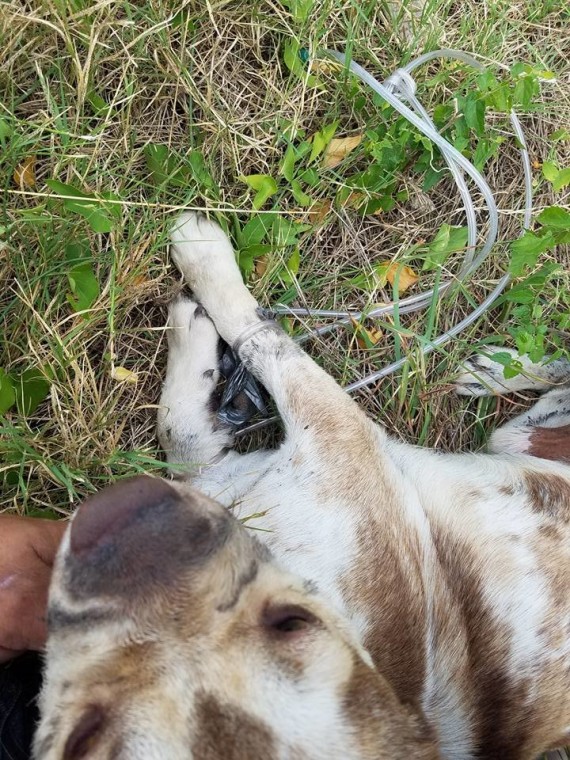 The dog’s face said it all — he was thrilled to be rescued. The men loaded him up and took him to Peewee’s Pet Adoption, a no-kill shelter where he could be checked out and treated. 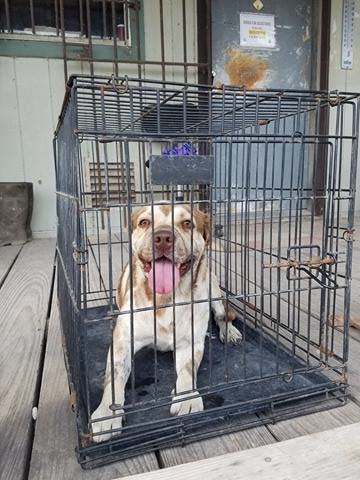 Despite everything he’d been through, he was in good overall shape. He was just happy to be alive, wagging his tail over and over and kissing his rescuers. 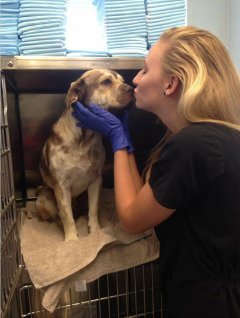 Who knows if the person who left the dog to die will ever be found, but the most important thing is that this pup will never have to endure such a thing again.