Bruno the K-9 faced a life-threatening situation when he was shot in the face while chasing down a suspect. The dog selflessly through himself in the line of fire, and while the suspect was killed in the gunfire, Bruno was a hero that saved the lives of the other officers.

His partner RJ Young was understandably distraught over how the situation played out.

He notes about the experience-

“[Bruno was shot] point blank, it was a horrific thing to have to watch,” he told ABC News. “My entire world came tumbling down in the matter of a second.” 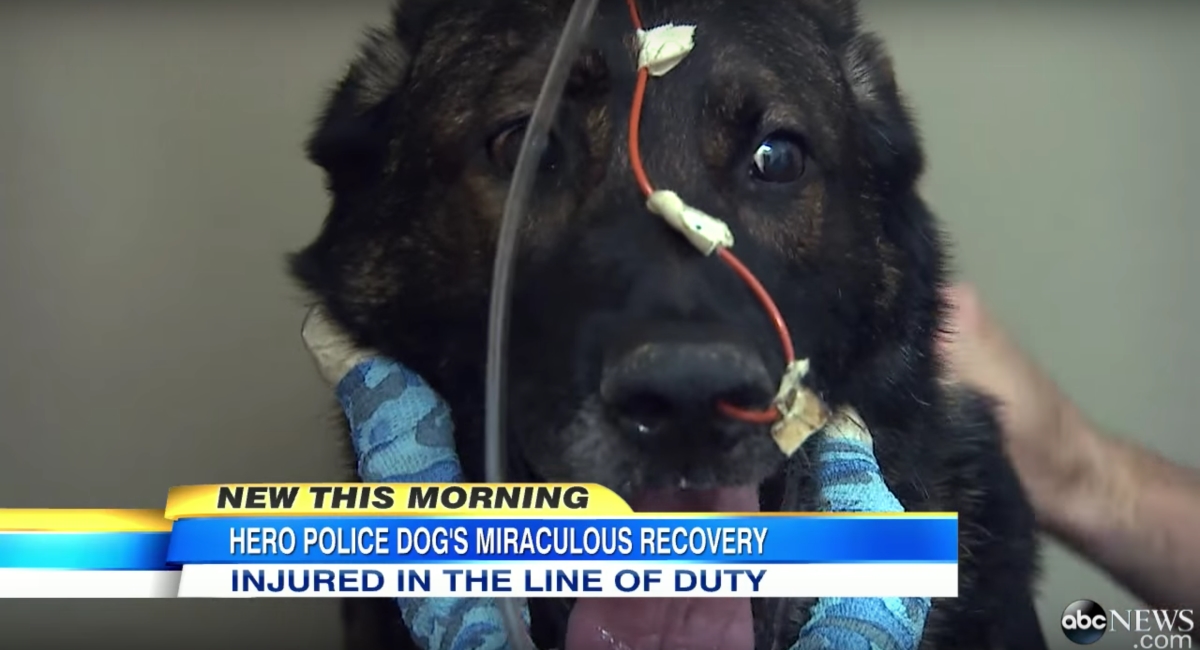 The German Shephard was immediately taken to the hospital. The bullet narrowly missed his heart, and he underwent two surgeries before he could be taken off his breathing tube. A week later, the two were reunited!

While Bruno is healthy, he’s now retired from service and has been adopted by Officer Young and his family. Officer Young explains- “He’s like a son to me. Bruno will be with me for the rest of my life.”

The bond that partners share is special, even when one is an animal. Officer Young and Bruno will always share a special friendship, and we’re glad the two of them are able to share their lives together forever! 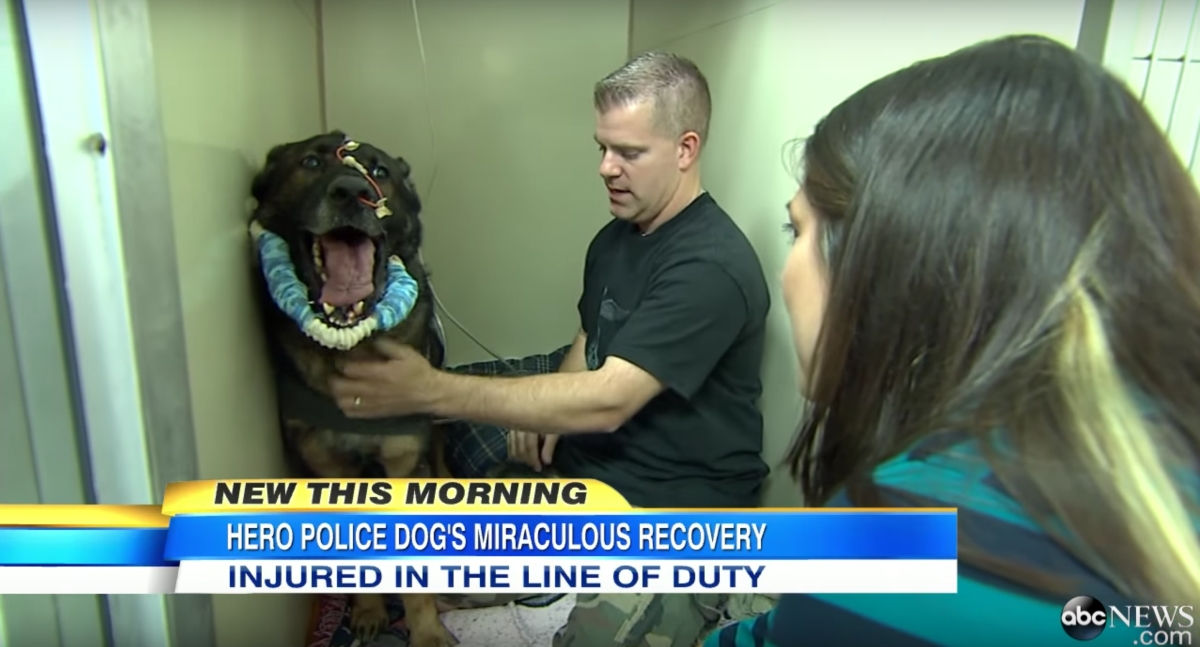