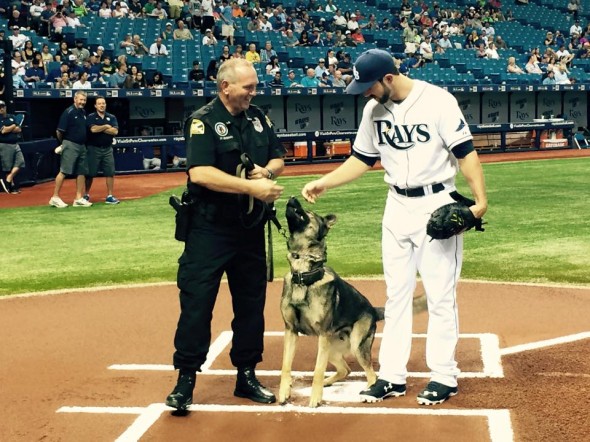 On April 26, 2015, K-9 officer Ajax accompanied by Officer Joseph Lehmann from the St. Petersburg Police Department had the honor to throw – correction – walk over – the game’s first pitch. The four-legged officer not only did a splendid job, he also brought good luck to the home team, the Tampa Bay Rays, who won the game that night against the Toronto Blue Jays.

Ajax wasn’t the only pet present at the game; other dogs such as shelter pets looking for forever homes and fans’ dogs were mingling in the ballpark. It was Dog Day at the Rays and all pets were welcomed. 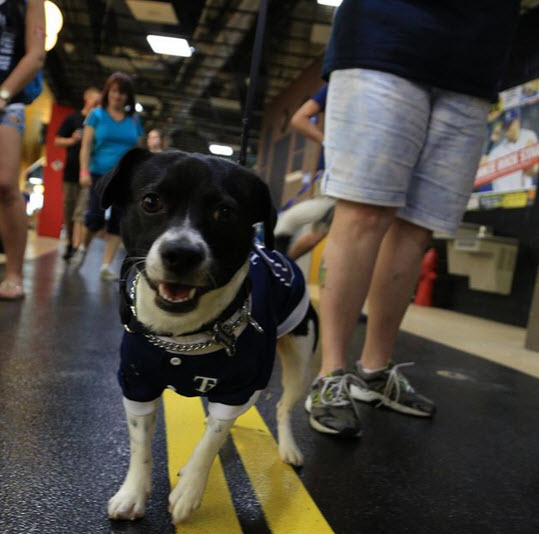