When they arrived a mother dog was desperate to free a puppy from a trash bin, according to the Tampa Police Department. A woman called 911 when she thought she heard crying come from a trash bin. 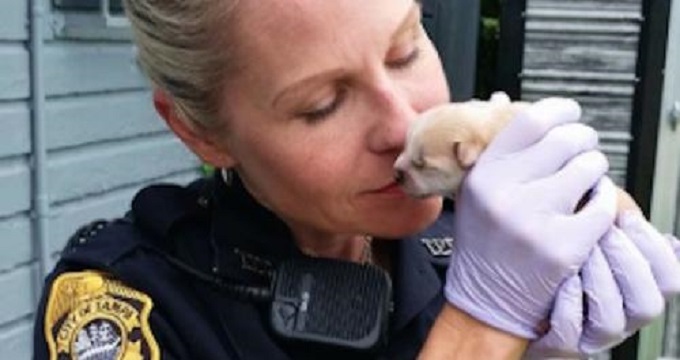 Ofc Lewis discovered a tiny puppy, the runt of a litter, inside of a plastic bag. Underneath a nearby shed was the puppy’s mother and three other puppies. A Tampa police officer crawled under the shed to rescue the mom and pups.

“We don’t know if she was successful in getting the other three out of the can and under the shed, but she sure was trying to get that last one out,” Tampa police spokesperson Andrea Davis told Bay9 News. 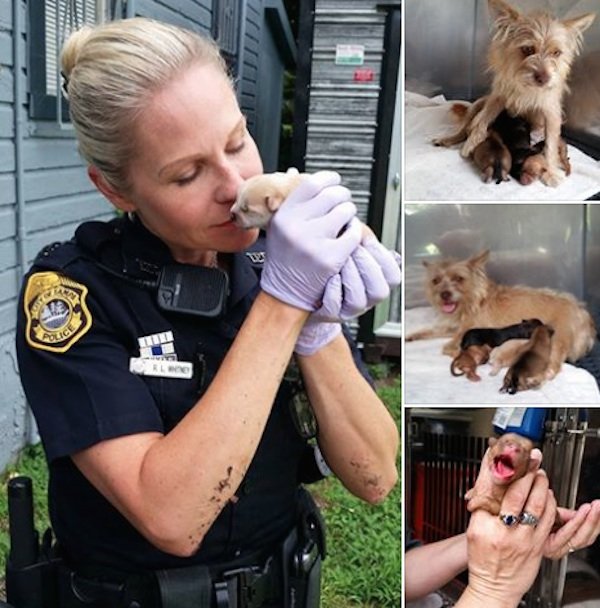 Police are investigating and looking for those responsible for abandoning the dogs, and are asking for the public’s help. Crime Stoppers of Tampa Bay is offering a reward of up to $3,000 and the Florida Voices for Animals is also offering a $500 reward for information leading to an arrest. 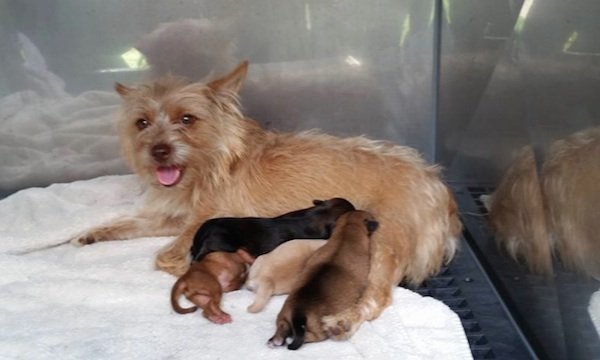 I’m glad the police arrived in time to rescue this family! Please share this story with your friends and spread the word to help the authorities!