Pit bulls are like the Dwayne Johnson, aka “The Rock,” of dogs. Like Johnson, a former WWE wrestler turned action star, the breed of dog is muscular, strong, and intimidating looking. But once you get to know a pit bull, and its many lovable facets, the dog is about as scary as a tooth fairy, which Johnson played in the movie Tooth Fairy (complete with pink tutu).

Many pit bull owners know that the breed is naturally affectionate, smart, and ultimately super goofy, which is exemplified in this video compilation about why they’re simply the best dogs ever.

Yet, unfortunately, not everyone knows this about pit bulls. The stigma attached to the breed, which has been unfairly perpetuated by abusive and illegal dog fighting culture, is the stereotype most people are familiar with, and thus, many people are afraid of them.

This is precisely why residents in Ft. Myers, FL called the cops when they noticed a pit bull freely roaming the streets of their quiet neighborhood. Deputy Mark Elsaid of the Lee County Sheriff’s Office happened to be patrolling the neighborhood when they got the call and decided to check it out… 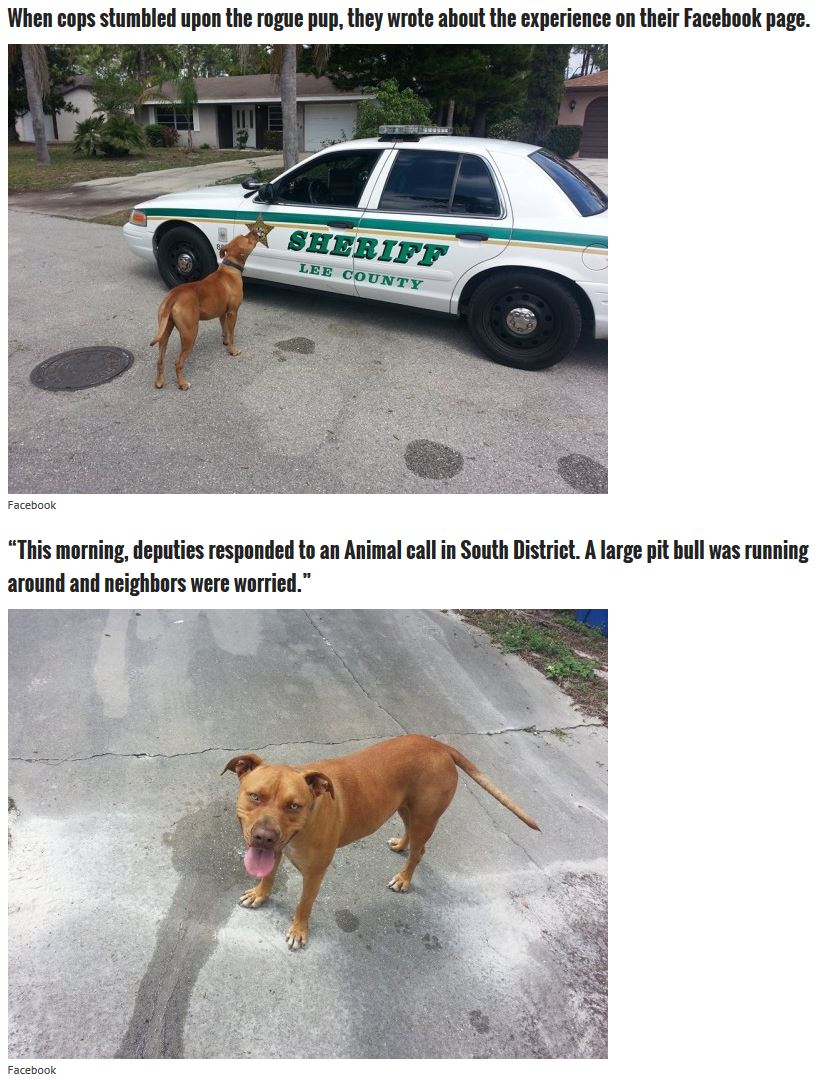 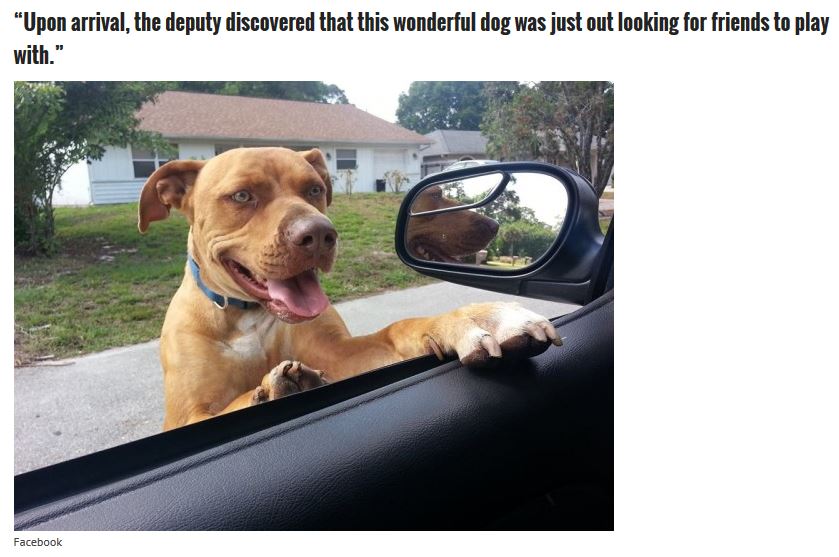 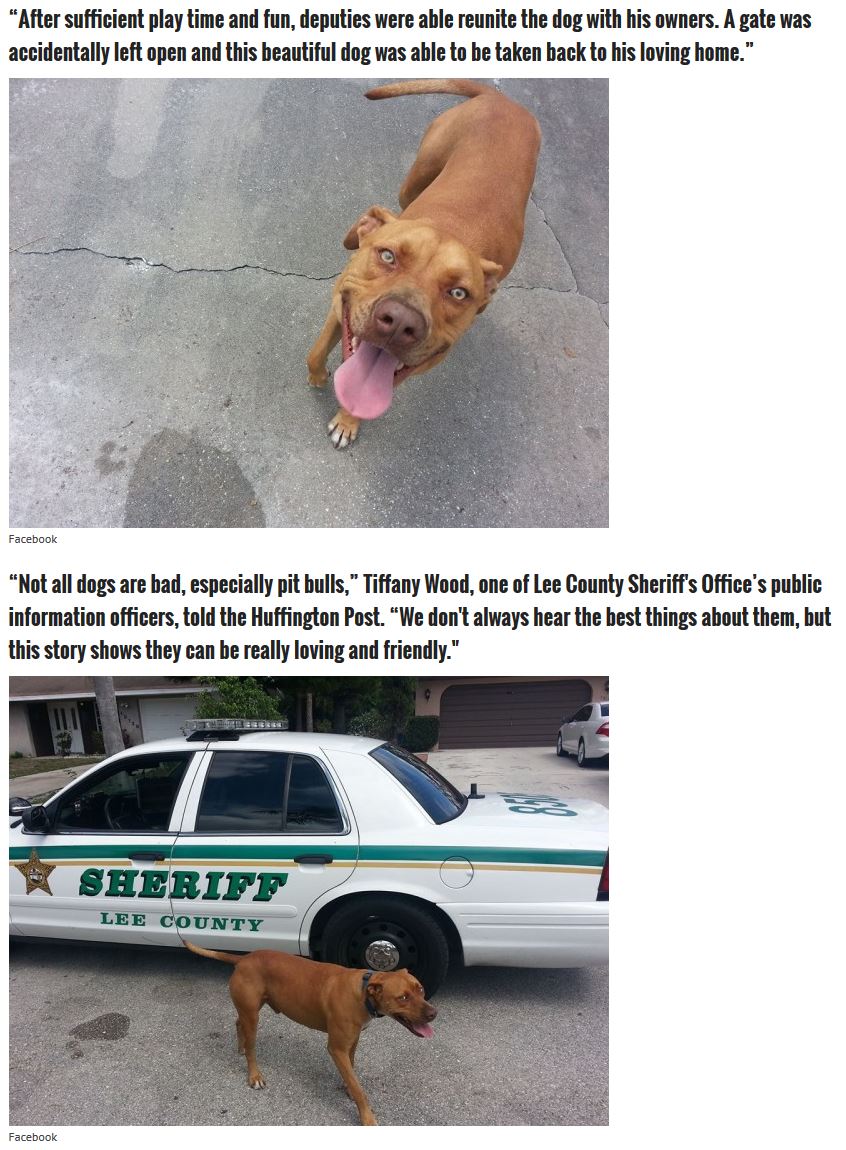