Thankfully, there is a happy ending to what could have been a tragic story!

When Officer Paul Shaw returned to his Jacksonville, Florida home on Tuesday, he discovered someone had broken in. His pickup truck, guns, and some jewelry were missing, but worse, so was his 8-year-old Pit Bull, Hemingway. Shaw was even more terrified for his pup when he saw a pool of blood that was left on the floor.

The community rallied to support the officer and help find the missing pooch. Then, three days later, their efforts paid off. Shaw, who said he’d barely slept since the incident, was thrilled when he finally received some incredible news: Hemingway had been found!
Watch a video of the sweet reunion:

It seems that Hemingway felt the same way when he saw his human after the terrible ordeal.

“He was actually a little skittish and had his head down. … And then when I came up and he saw me, it hit him like ‘This is reality and I’ve been found!” Shaw said in the story. 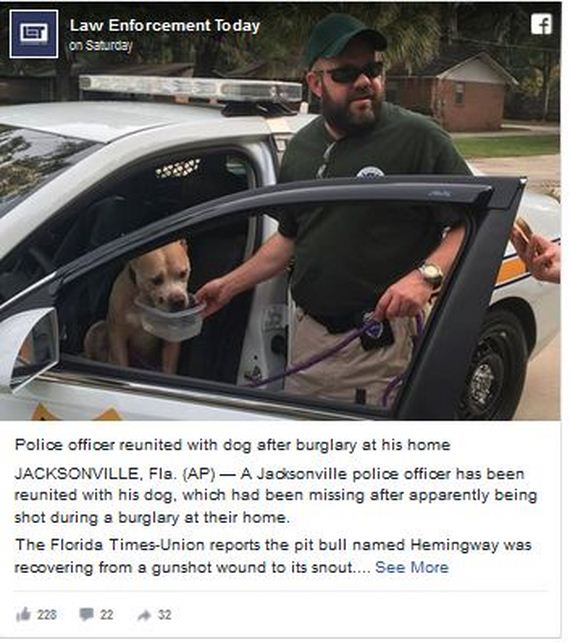 The poor pup had a bullet graze wound on his snout, which he’d suffered with for several days. It’s also thought that he may have been hit by a car. But thankfully, Affiliated Veterinary Specialists, where Hemingway is being treated, says he’ll be able to make a full recovery. They have a fund that helps families cover vet care costs, and it will be used to pay for the Pittie’s treatment. 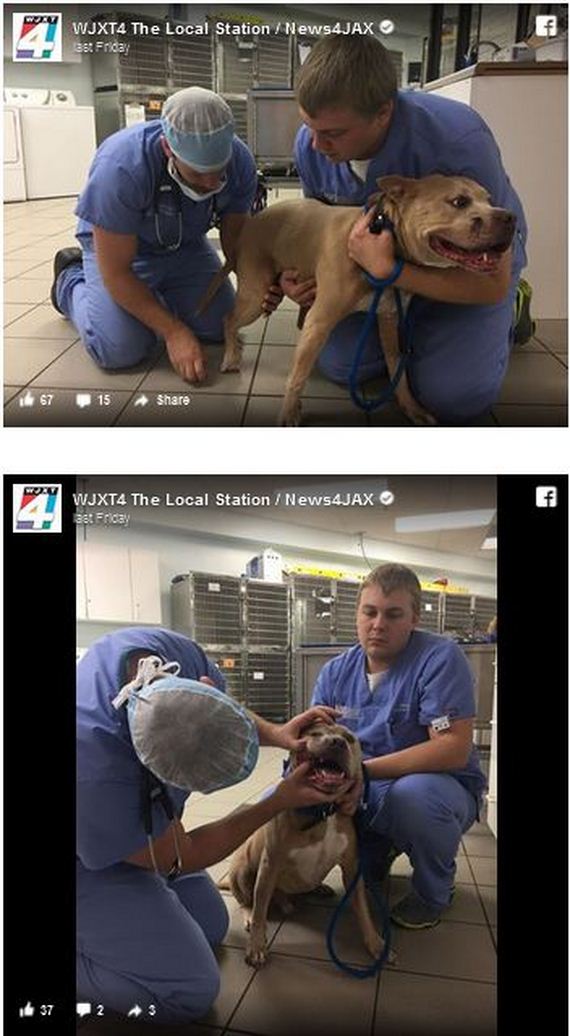 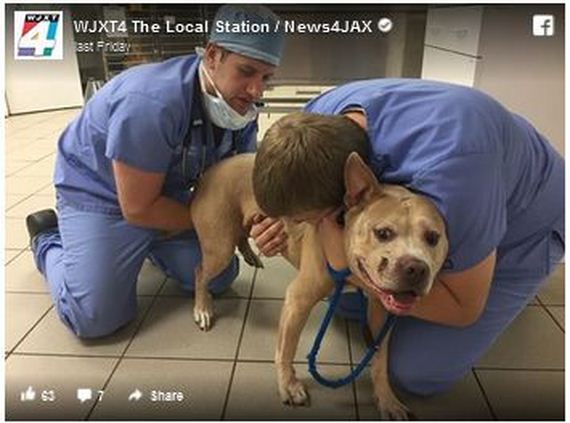 In the meantime, Officer Shaw is taking a few days off to be with Hemingway as he recovers from surgery.

“I felt guilty that I wasn’t there to protect him,” he said in the The Florida Times-Union.

We bet that this community is thrilled to hear about the happy ending for this sweet dog and the officer who works to serve and protect them every day. 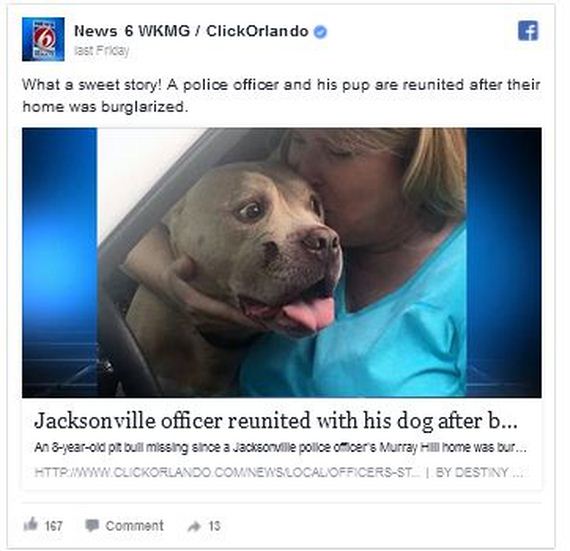 What a wonderful community!

As for the intruder that hurt Hemingway? A 14-year-old boy has been arrested in connection with the incident. He was apprehended after hitting multiple police cars and crashing the stolen truck near an apartment complex. There was a second person in the vehicle, who police are still searching for.

We hope that justice is served. Most importantly, we’re glad to see that Hemingway is well on the road to recovery, and wish him and Officer Shaw the best of luck!