Gonnelli is the Master Deputy of North Carolina who happened to form an unlikely acquaintance with a Bulldog named Daisy. He found her when he was handling a domestic dispute in a home where she lived and they bonded in a second. Daisy is blind but she is so good at understanding sign language. However, Gonnelli was at work and he thought he would never see Daisy again but fate had other plans for them.

Just a few hours later, he got a cruelty to animals call at the same place he had just came back from. He got there quickly and found out that another officer was arresting a woman named Lorraine Villanueva and Daisy was lying on the floor, bleeding badly. It was the result of the wound that Lorraine had given her so he rushed there and pressed his hands over dog’s neck to stop the bleeding. Luckily, help arrived sooner than they expected and Daisy was taken to a hospital but no one really expected Daisy to survive, given her condition. 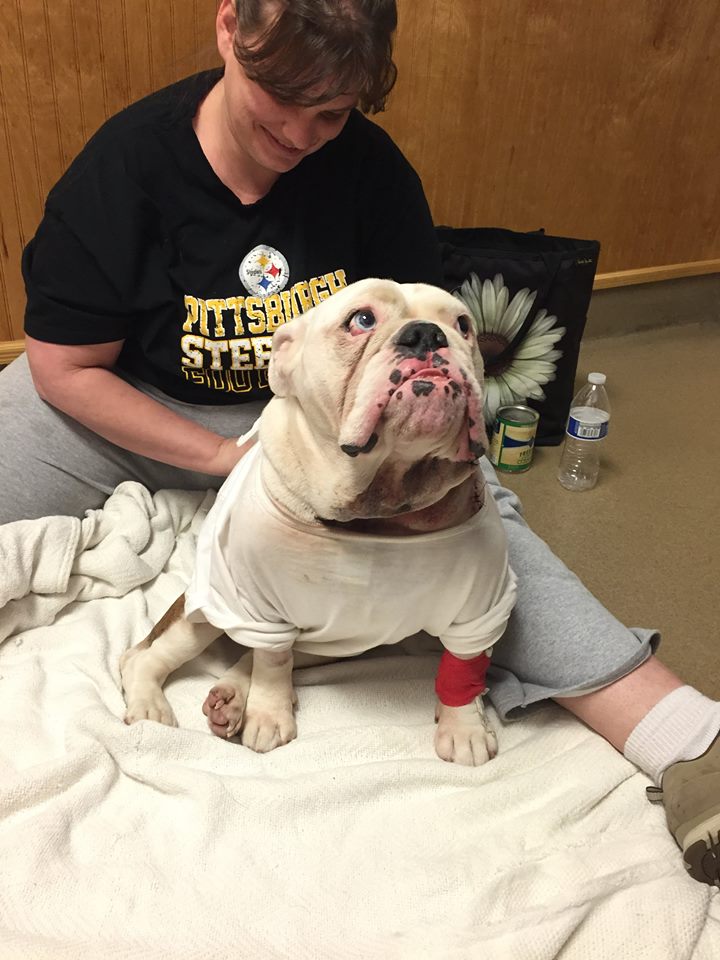 However, it was the result of Gonnelli’s great work, doctors’ efforts and Daisy’s resilience that she pulled through. She got better and her ownership from Lorraine has been relinquished and Gonelli testified in court that the bail bond of Lorrain be moved from $10,000 to $100,000.