One officer’s act of kindness was caught by Good Samaritan Carlos Irizzary who was out walking his own dog on Royal Palm Drive in Kissimmee, Florida, when he saw the heartwarming scene.

Deputy Josh Fiorelli used his own coat to drape over an injured dog who’d been hit by a car. He wanted to keep her warm and comfortable while waiting for help, and he didn’t realize anyone was watching at the time. 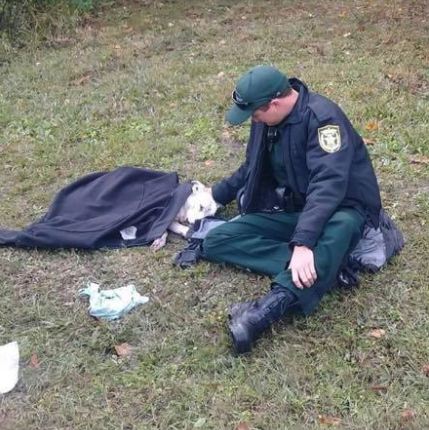 “It was cold out. She was wet,” Deputy Josh Fiorelli told WFTV News. “She didn’t have anyone there so I decided to be that person.” 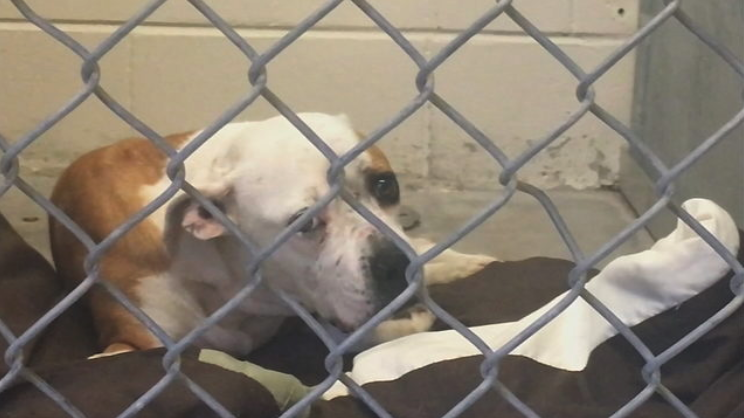 “I know a lot of dogs become defensive when they get hurt. She was not defensive at all. She was acceptive of me trying to pet her and take care of her,” Josh said.

The dog had no collar or microchip, and her leg became dislocated in the accident. She’s being monitored at the shelter while they search for her owner. The dog is expected to make a full recovery after surgery to correct her leg. 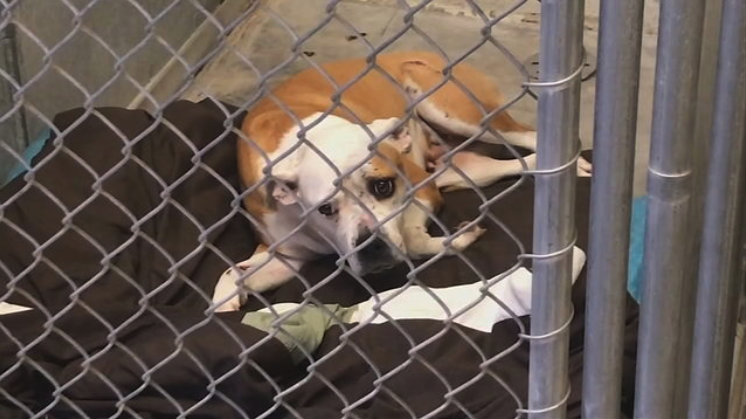 The deputy hopes the dog will get to go home and that the owner will consider a collar and/or microchip for her. He went on to say, “Keep an eye on them. They may only be a part of your life, but you’re their whole life.”

The officer certainly didn’t do this for praise or attention, but he deserves all the recognition he can get for the kind gesture. He’s a true hero!