When Pebbles was a puppy, she was adopted into her new family. At her new home, she had a new sister named Ruby. Ruby and Pebbles became the best of friends and did everything together. Their dad, Rob Gower, said the two girls enjoyed laying next to each other and trying to hold their open mouth over the other’s nose – a little like how we humans like to thumb wrestle. 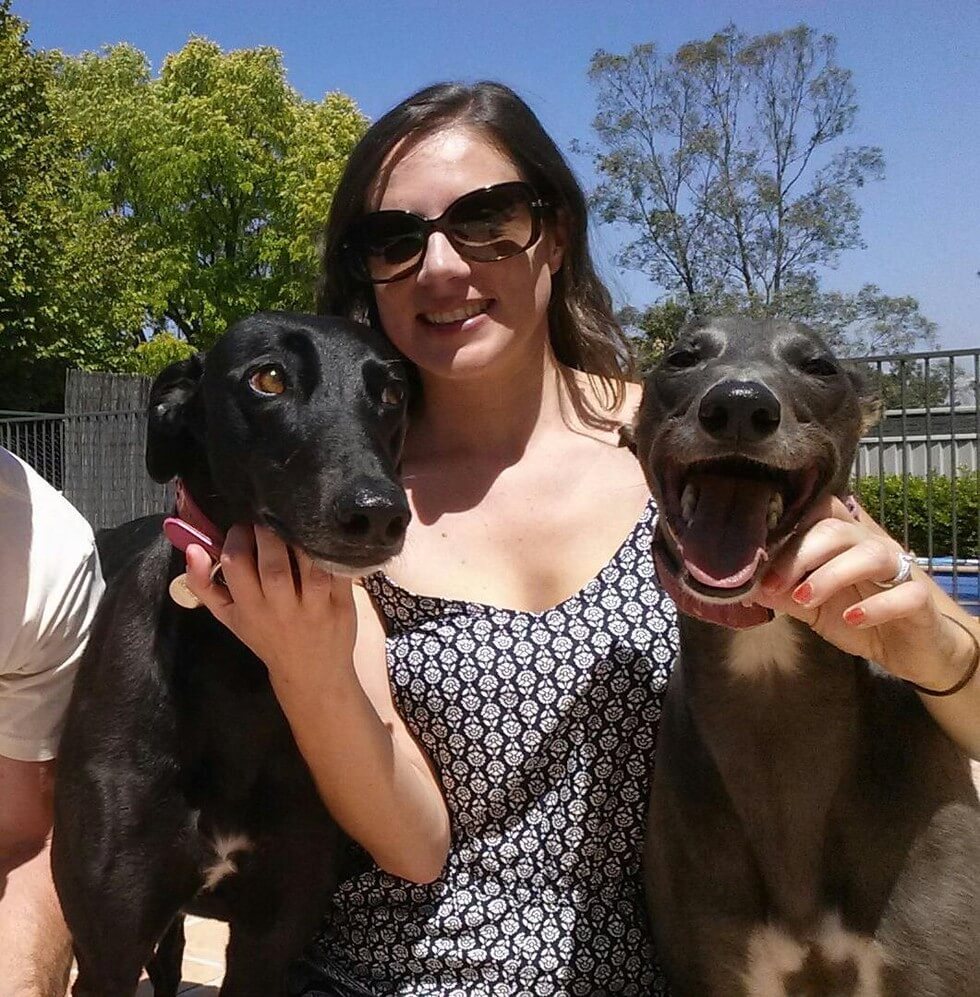 Ruby and Pebbles were inseparable, Pebbles had never known life without Ruby. Sadly, Ruby was diagnosed with cancer and died when she was just 4 years old. 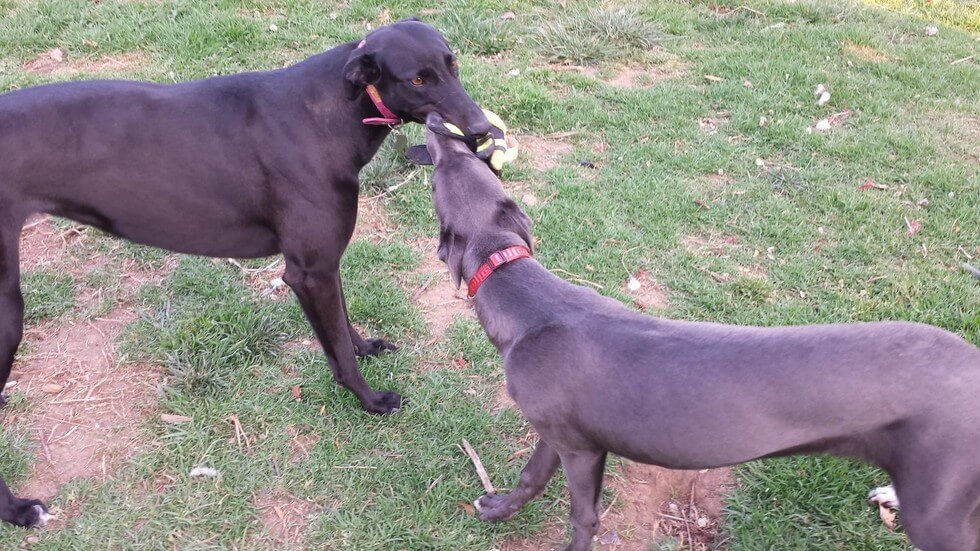 Pebbles was devastated and couldn’t understand why her sister never came home. The girls shared the same bed, but after Ruby passed, Pebbles refuses to lay on it. Ruby was cremated, and Gower placed her ashes on a table with a new tennis ball and her collar. 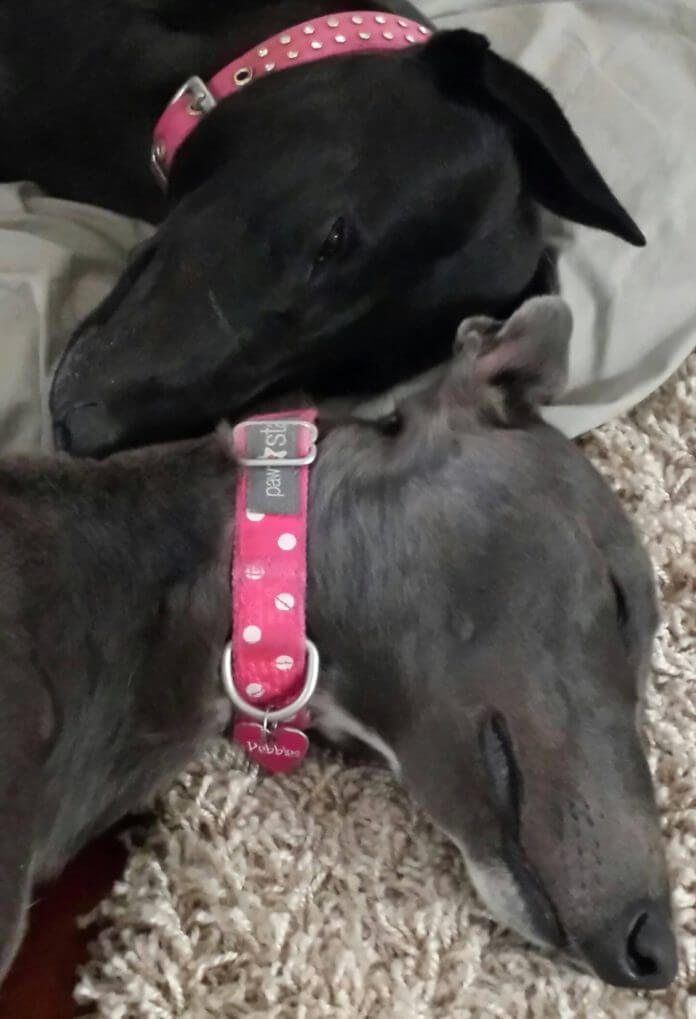 He had just left it there to gather his thoughts. As he was sitting there, Pebbles came over and took the ball off the table and ran like she was going to play with it, she brought the ball back and put it next to the table with Ruby’s ashes. 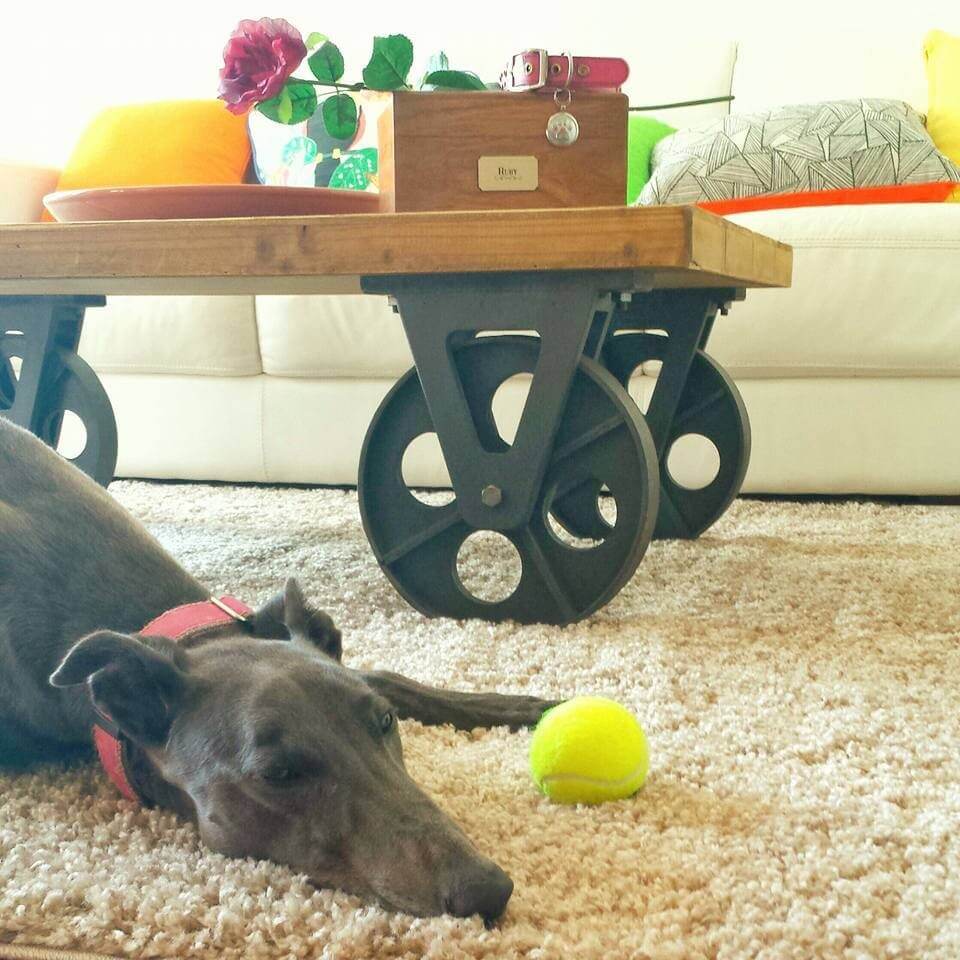 The ball kept rolling off the table, and Pebbles put it back every time. Pebbles fell asleep next to Ruby – which was her favorite place to be. 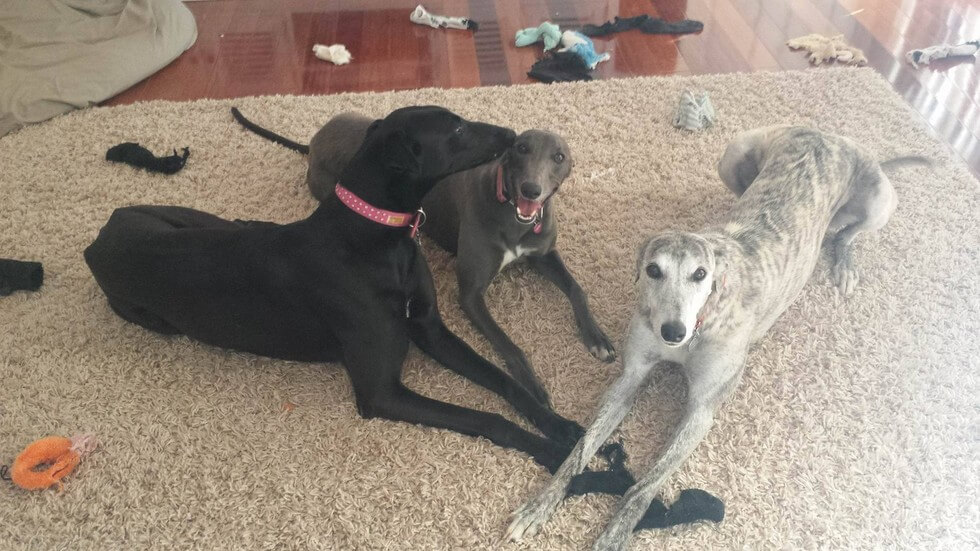 Gower said that it seems like Pebbles understands now that Ruby is gone. The display of intuition and intelligence from Pebbles reminded Gower that dogs are members of our family. Share away, people.