His new middle name is “Lucky George,” and lucky he certainly was.

The pup struck by a motorist on the George Washington Bridge, which spans the Hudson River between New York and New Jersey, was rescued by two caring cops: Port Authority officers Fred Corrubia and Jonathan Harder. 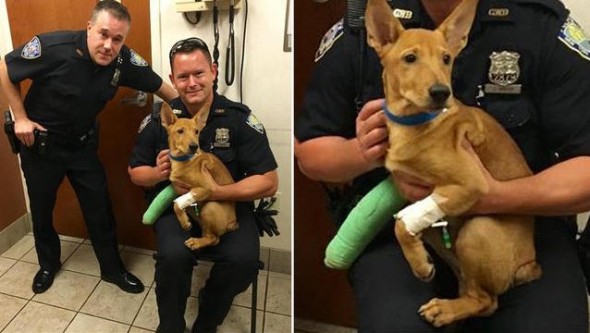 The pair were monitoring bridge activity when they were notified of an injured dog on the road. The Daily News reported the officers retrieved the 6-month-old pup with the prominent, pointy ears and shuttled him to the Oradell Animal Hospital in Paramus, NJ, according to Port Authority spokesman Joseph Pentangelo.

Hours later, the dog’s owner, Desiree Justin, contacted the Port Authority after hearing her dog, whose name is Ronin, was spotted on the bridge.

Ronin had slipped his collar during a walk.

Officers were pleased to report that Ronin would be fine, though he did suffer injuries to his right leg and paw. 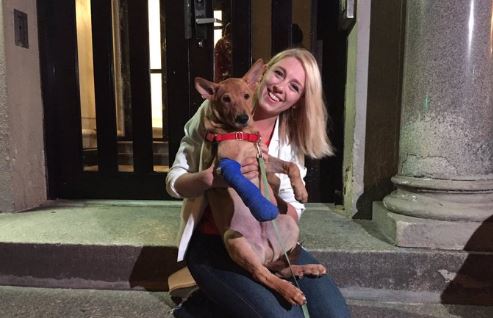 “They said he didn’t make a peep the whole time they rescued him, that he was so tough,” Justin told NBC News. “And when he saw me, he started squealing and I started crying.”