Taylor Williams and her husband Brad brought home a prairie dog on April 21, 2016. They named him Prince after the singer because he had passed away on the same day.

The Williams’ quickly learned that raising a prairie dog is much different than a regular dog. They did plenty of research and learned a lot from prairie dog specialist Gena Seaberg. 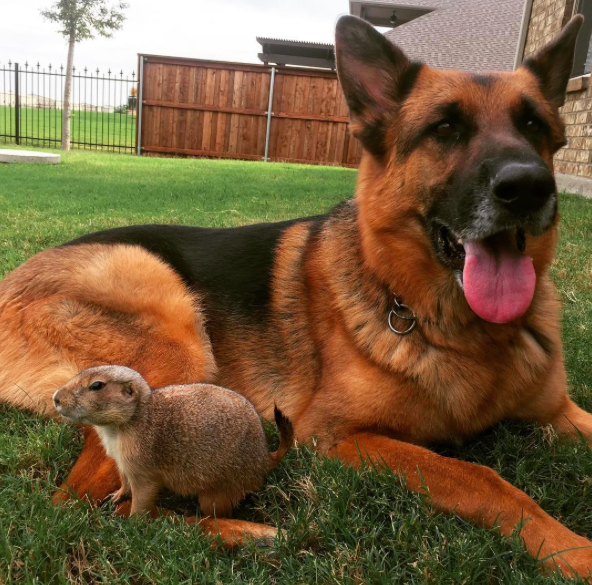 Prince has a lot of personality and is very intelligent. Although he differs from normal dogs in many aspects, he also has a lot in common with them.

Not only is he similar to them, but he has developed a special bond with one of the Williams’ dogs, a German Shepherd named Banksy. They took a liking to each other from the moment they met. 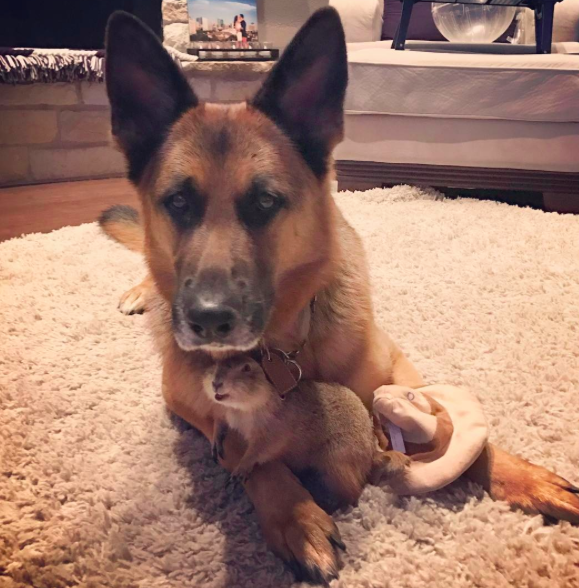 Banksy is very loving toward Prince and is always licking him and wanting to play. Prince loves playing around with Banksy and is always bothering him just like a younger brother would.

When they aren’t playing, they enjoy napping and snuggling together. You can always find Prince lying in between Banksy’s legs. 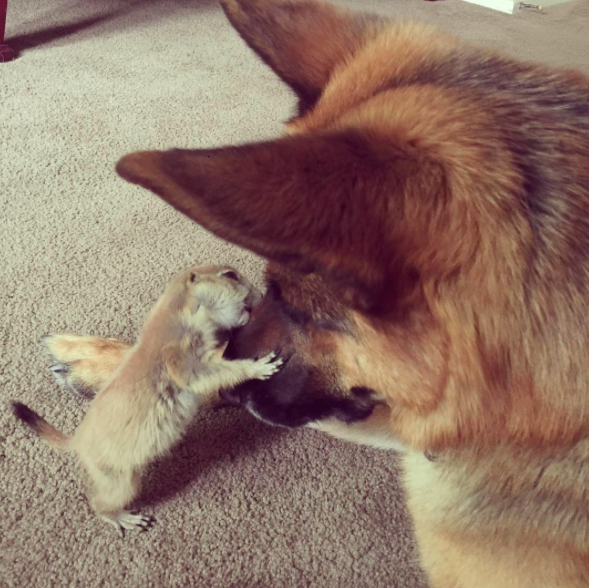 Prince also enjoys begging for treats, running on his wheel, and getting into trouble.

Prairie dogs have no relation to dogs, despite “dog” being in their name. They are actually burrowing rodents that are native to the grasslands of North America. 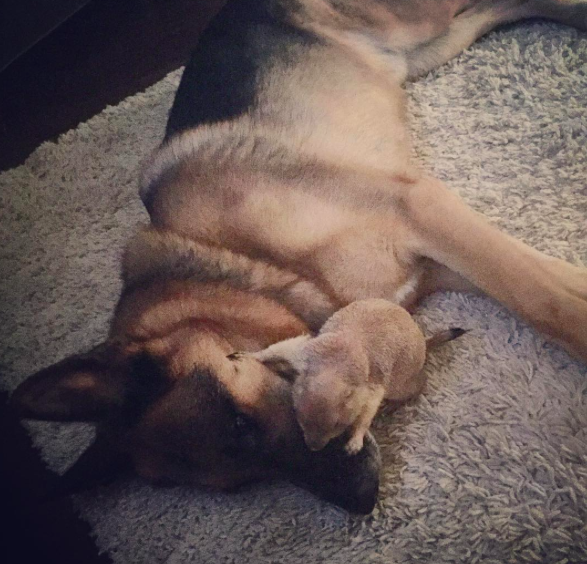 Watch Prince and Banksy in the video below: