This dog, later named Trin, was heavily pregnant when she was sadly hit by a car. She was seriously injured, but was so terrified from the accident that she ran away.

A man who witnessed the accident chased after her to help, but the dog was nowhere to be found. She was eventually spotted hiding in a large concrete pipe near a construction site. 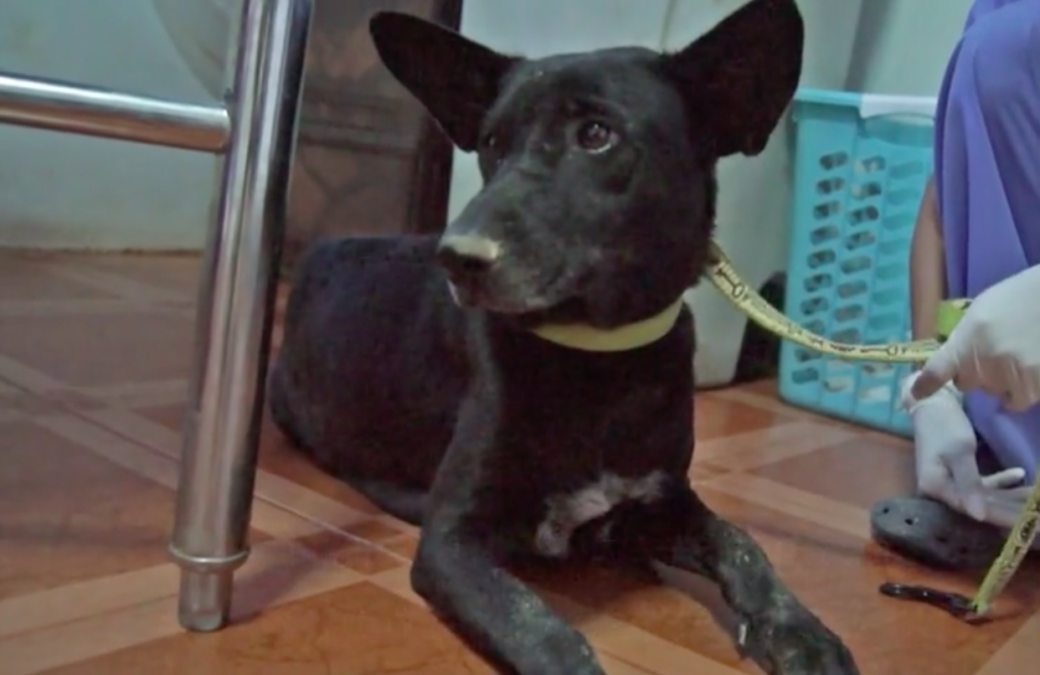 When the man went to reach for her, she wound up going into labor! The man immediately contacted The Soi Dog Foundation for help. They quickly got her to their clinic where they performed surgery on her leg, which was so badly injured that it unfortunately needed to be amputated. 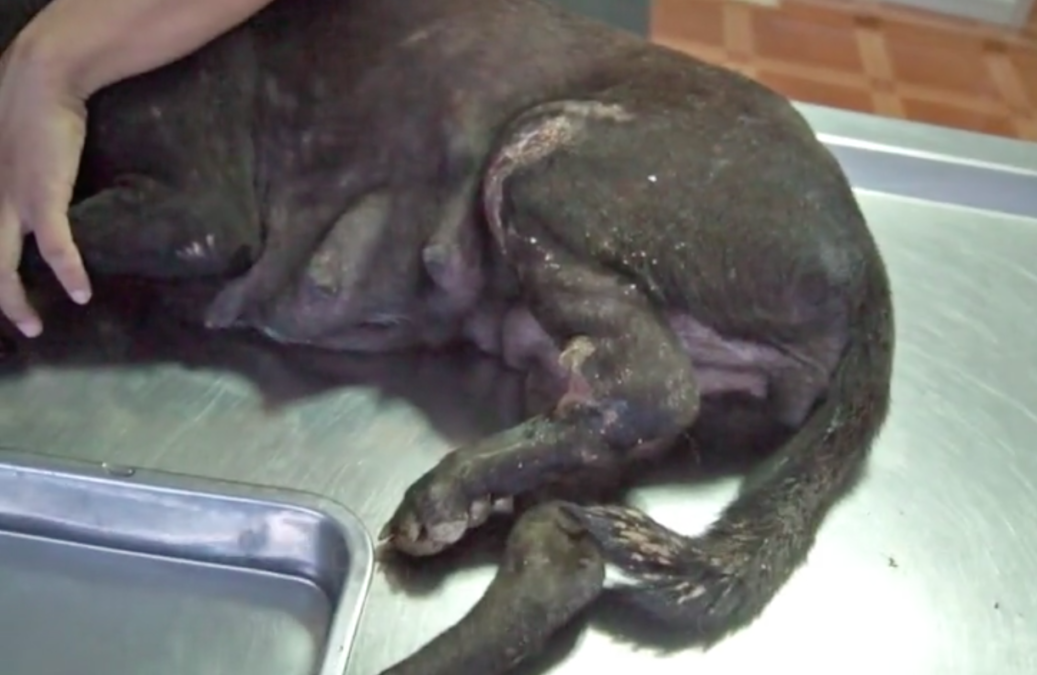 Staff cared for the precious puppies until Trin fully recovered. Luckily, she healed up well and was reunited with her babies. They are growing bigger and stronger every day, and so is Trin! Thank goodness that man was there to help Trin, along with the Soi Dog Foundation! 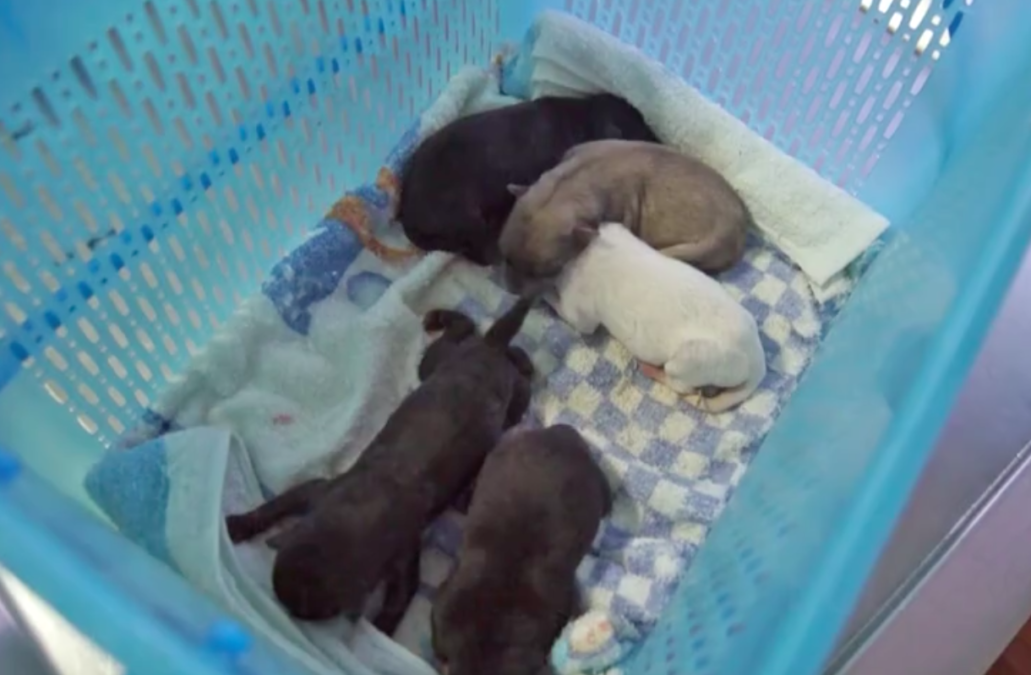 Many strays die every day from getting hit by cars. Trin was lucky enough to not only survive, but have all of her puppies survive as well. She may have lost her leg, but she gained so many precious pups! I’m so glad Trin and her babies got a second chance at life! 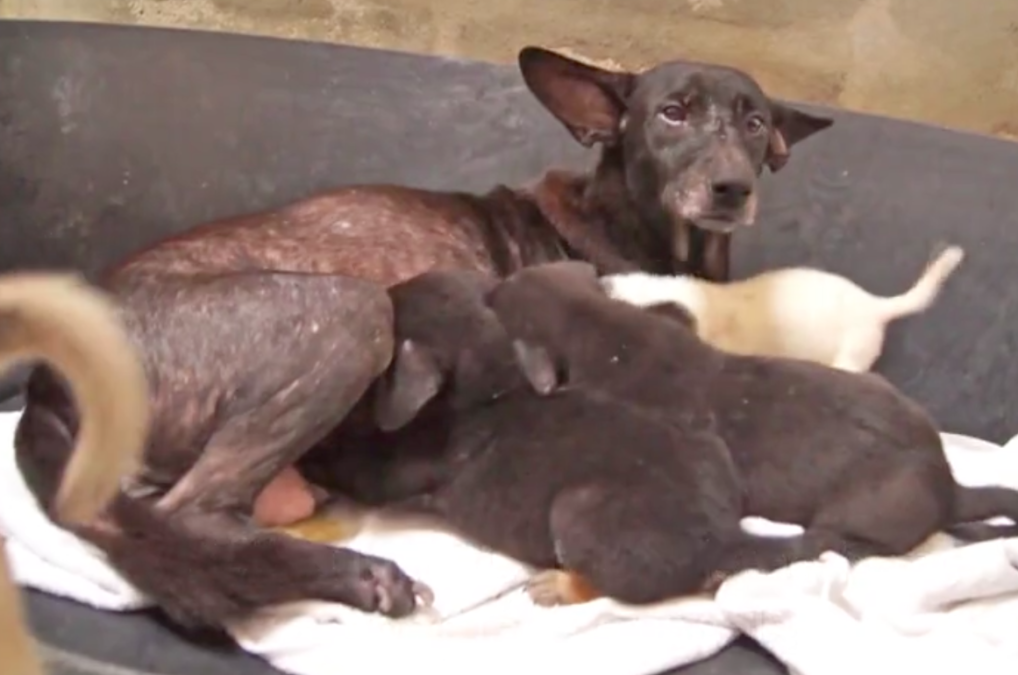 Trin is extremely resilient and has gotten through so much. Watch her story in the video below: