A pregnant shepherd had been dumped in the night drop box at Animal Friends of the Valley in Wildomar, California. Just days later, the three-year-old dog, dubbed “Mama,” gave birth to eight puppies. As Kelly Reeves, founder of Paw Prints in the Sand Animal Rescue, had been on her way to rescue another puppy from that same shelter, she received the following message:

“Mama gave birth to 8 puppies yesterday. Mama is available now with her puppies to a rescue partner, her stray holding period is over. Mama is so sweet, loving and submissive and has been since intake. She is a little timid but such a loving, affectionate dog.”

“When out in the play yard before giving birth, Mama did not fence fight with other dogs. Mama has not been protective of her puppies thus far, we are able to handle them without issue.” 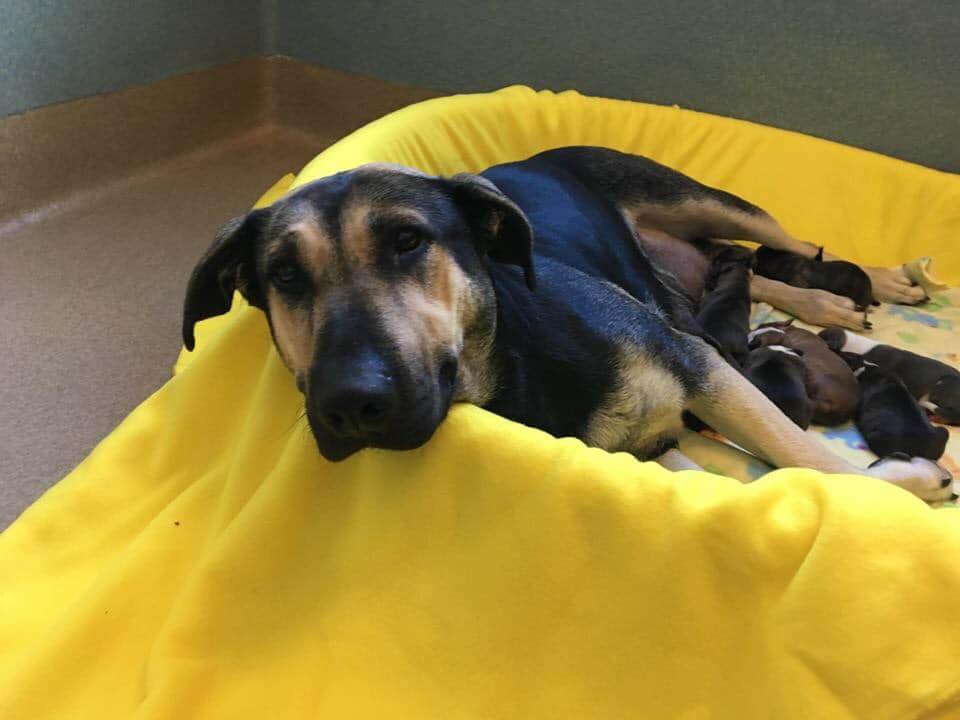 So was it fate or good fortune that Kelly had been on her way to save another pup? After all, taking on the expense of another dog and newborn puppies would require a neonatal experienced foster plus the added expenses.

“I just couldn’t leave this dog or her puppies at the shelter,” Kelly stated. 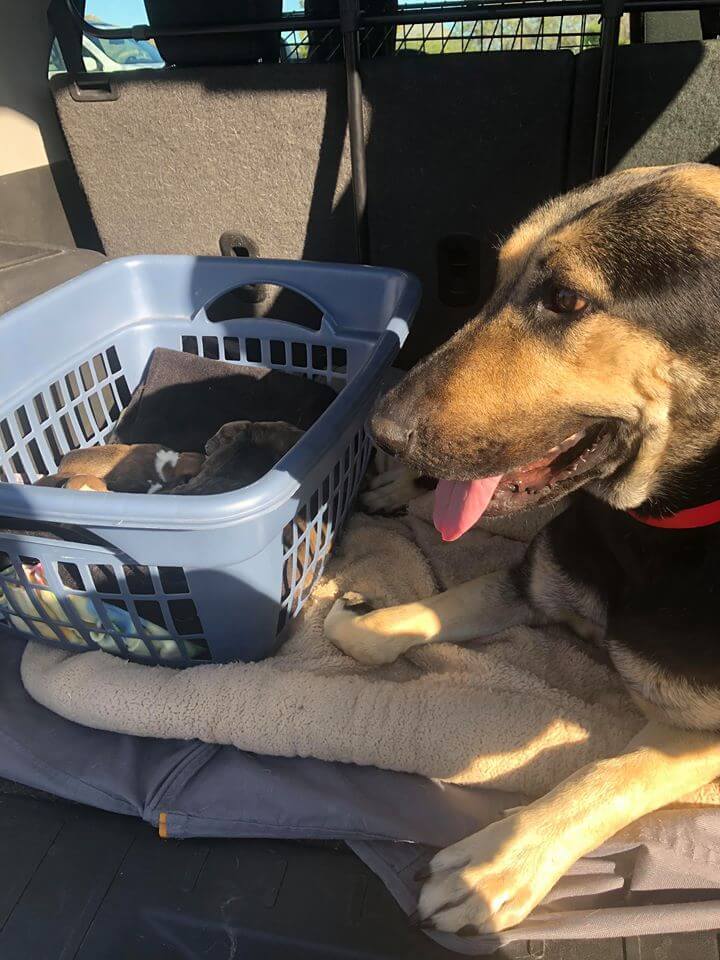 And with no trouble at all, Mama allowed Kelly to pick up her newborn puppies; she knew she had been rescued. An experienced foster home has been found to care for the family. Welcome to the world little puppies – you and your mother are indeed very fortunate.

Check out the new family.