Patron, the famous Jack Russell terrier with a nose for sniffing out explosives, has just been recognized for his life-saving efforts by Ukrainian President Volodymyr Zelensky.

The 2-year-old dog is a Ukrainian hero for detecting over 200 explosives since the Russian invasion began on February 24. The little dog, whose name means “cartridge” or “ammo” in Ukrainian, has saved countless lives by helping defuse hundreds of explosives in and around the city of Chernihiv. 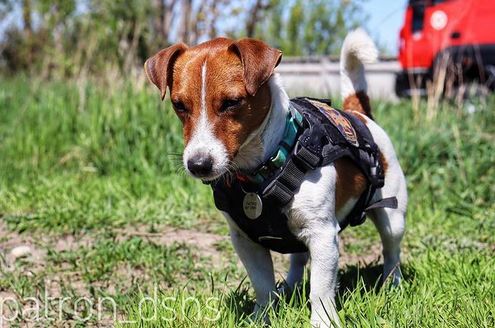 He is not only great at his job but enjoys his work. Patron is an inspiration to all and often featured on Ukraine’s official social media pages.

Stratcom Centre UA tweeted, “One day, Patron’s story will be turned into a film, but for now, he is faithfully performing his professional duties.” 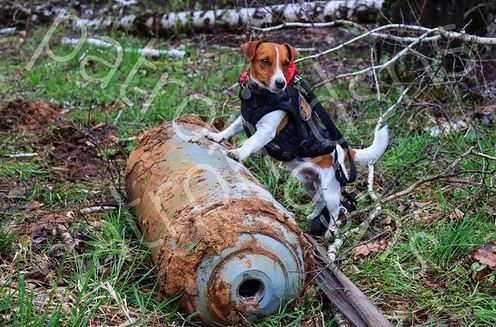 On May 8, Zelensky awarded a medal to Patron and his owner, Mykhailo Iliev, which the small dog accepted wagging his tail and voicing his thanks with a bark.

His dad couldn’t be prouder.

Patron the dog has received an official award alongside his colleagues from Ukraine President Zelenskyy, in the presence of Canada PM @JustinTrudeau. What an honour! pic.twitter.com/uig8VFi5z4

The special ceremony took place in the presence of a surprised guest – Canada’s prime minister, Justin Trudeau. Trudeau patted his pocket as if looking for treats as Patron received his medal.

The good news was shared on Patron’s Instagram page with the caption, “This day will be etched in my memory for a lifetime, because on this day the President of Ukraine Volodymyr Zelensky in the presence of the Prime Minister of Canada Justin Trudeau awarded my master the state award of Ukraine – the Order of Courage III degree, and me with the medal “For Dedicated Service”. Glory to Ukraine and the Armed Forces. Everything will be Ukraine !!! 🇺🇦🐶🐾”

The little hero works hard and plays hard, so it may come as no surprise that he fell asleep during a press conference. The adorable photo has gone viral.

🐶 The famous dog Patron, who saves Ukraine every day from the "gifts of the russian measure", fell asleep at a briefing with journalists.

It seems that we will not see anything more adorable than that pic.twitter.com/JjlT9Du97x

When Patron is not sniffing out landmines, he spends some of his time giving back to the community by visiting children at Okhmatdyt children’s hospital in Kyiv. He’s such a good boy! 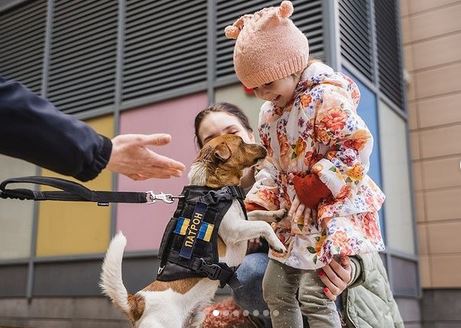 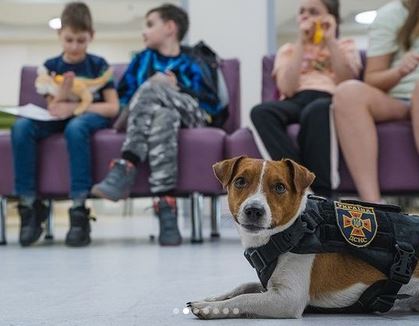