It is hard to believe that the life of Prince William the dog did not always involve launching on couches, playing with toys, eating good meals and playing with his fur-bother Harry. Just a year ago, the Lurcher dog was handed to an RSPCA center in England by his previous owners weighing just 7 lbs. 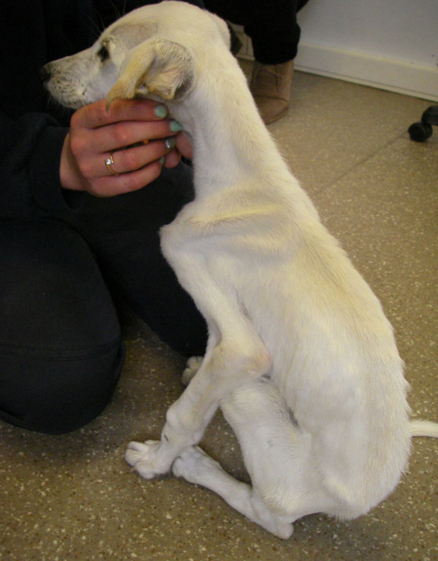 Christopher Rushton and Kirsty Halesm admitted they had no experience as dog owners since they had never own a pet, but nevertheless, the 37- and 29-year-old first-time pet owners bought William online and drove him to his malnourished state.

Not knowing how much to feed the dog or how to care for the pet, William was surrendered unable to stand on his own and with every bone on his body visibly showing. What’s worse, the dog lay in his own urine and feces. 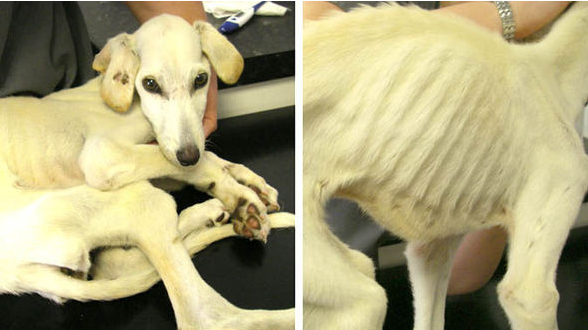 The couple surrendered the pet saying they had found him on the side of a road, but after an investigation, Rushton and Halesm were identified as the pet’s owners and faced animal abuse charges. A judge found the inexperienced dog owners guilty, and sentenced them to a life-time ban of pet ownership, 12-week prison sentences, 12 months suspensions, 35 hours of unpaid work and each had to pay more than $2,500 in fines. 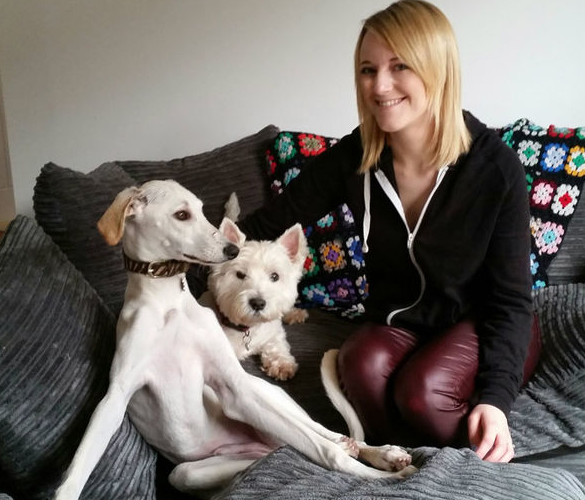 According to Express News William found his loving forever home with RSPCA press officer Rachel Butler and her partner Chris Mallett. At his new home, the prince dog met his fur-sibling named Harry and is currently being nursed back to health.

Today, William weights a 30 lbs. and lives the life of a true Prince. He continues his road to recovery and is expected to live a royal life.