Thanks to a new initiative called Project: Active Duty, military families who get called into active duty, don’t have to worry about who will take care of the dog while they’re gone. Recently, the Locke family was helped out by this great new project, and they didn’t lose their dog completely!

The project is run through the Arizona Humane Society (AHS), and was started in part thanks to a $50,000 donation from PetSmart Charities. They just wanted to make sure than families with dogs called into work for the military can rest easy knowing that their dog is well cared for, and has a safe place to be. 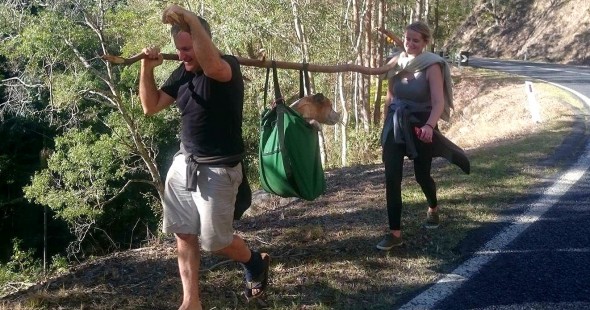 The program operates free of charge for enlisted service men and women. AHS found a foster family for Layla, the Locke family’s four-year-old pit bull. She was taken in by Larry and Janet LeBlanc from Surprise, Arizona. They fostered her the entire time that her human dad, Master Sergeant Doug Locke was deployed to South Korea.

Larry and Janet took care of Layla as if she was one of their own. It may have been a bit difficult to say good by to the dog they cared for the past 15 months, but they were happy to know that Layla would be going back to her rightful family, and that they were able to give back to a serviceman’s family.

“I think our faces tell [the story],” said Janet in the video. “But we’re not sorry that we did it. Not at all. It’s just a different bond. And you know, we’ll have a bond with them for the rest of our lives now.” 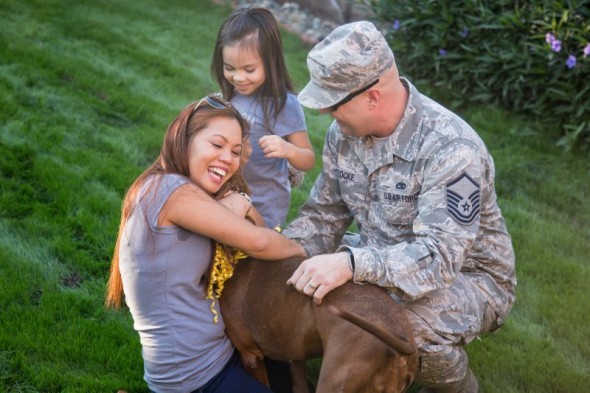