If you have a pet that you’ve adopted, you know just how wonderful of an experience it was to give your little furbaby a second chance at life. There is nothing sweeter than seeing their faces light up when they realize that they’re leaving the shelter. And it makes you feel good knowing that you helped save a life and make a difference. But how much more of a good feeling would it be knowing that you’re being rewarded for choosing adoption? One state might soon be giving tax credits to those who adopt animals.

In New York state, there is a new law that is still under consideration, that would be giving tax credits to people who adopt animals. According to WIVB, the credit would give pet owners a $125 credit for each animal that they adopt – and it can be from any animal shelter in the state. At the moment, the bill would only include the adoption of domesticated animals like cats and dogs. The premise of the credit is to help cover the cost of adoption fees, which would hopefully help to incentivize people to “adopt instead of shop.”

And waiving adoption fees can really help get animals adopted, as one shelter in Minneapolis found out in November before Thanksgiving. When the Minneapolis Animal Care and Control waived adoption fees for all pets, including dogs, cats, and birds for one day, they ended up clearing the shelter. The shelter’s fees, which usually range from $10 up to $1000 for Minneapolis residents, were waived under what they called their “clear the shelter” campaign, and it worked – every single animal was adopted. It made all the difference to those animals who were looking for a forever home. 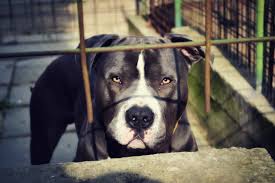 Shelters and foster homes already do so much in order to help animals get adopted – from hilarious ads to big marketing efforts, to word of mouth, these institutions are tirelessly working to care for animals and get them adopted. With this law, more animals would hopefully get adopted, freeing up more space in shelters to care for other strays and rescues.

There is still no news as to whether or not the bill would include tax credits to rescue organizations, or if owners who’d previously rescued/adopted pets would be eligible for a credit. Regardless, if passed, it would be a big step forward in helping out animals in need of homes. Fingers crossed that it passes and that other states would follow their example.