Every year, without fail, people leave their dogs for too long in cars that are too hot, or even too cold. This is a form of neglect, and the cause of completely preventable injuries and deaths. While you’d think it’d be common sense to not leave your dog sealed in a hot metal box on an 80-degree day, well, common sense isn’t always so common.

In order to make the message even clearer, two bills have been introduced to increase fines and even assign jail time to irresponsible owners who subject their pets to conditions “that endanger the health or well-being of the animal,” according to Dog Heirs. The site states that said conditions include (but are not limited to), “heat, cold, lack of ventilation or lack of food or water.” 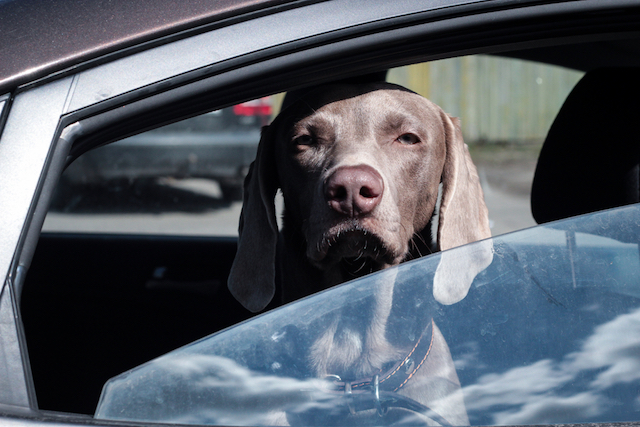 So what punishments could guilty owners be facing? According to MLive, owners responsible for dog deaths due to this negligence could be slapped with a $5,000 fine, or better yet, a 5-year jail sentence. Parents of injured pups could be charged with $1,000, or 1 year in jail. First-time offenders are looking at a $350 fine or 45 days in jail, and second-time offenders a $500 fine or 3 months hard time.

Michigan lawmakers are hoping that if risking their dog’s safety doesn’t deter people from putting them in danger, perhaps the threat of becoming a felon will.

We hope this law passes in Michigan, and eventually spreads to all the states. If it does, its awesomeness will be right on par with the states who have laws that allow good Samaritans to break dogs out of hot cars, most recently passing in Florida.