A tiny dog was filmed displaying concern for his human after the man fell and seriously hurt himself. Filmed in Ipeúna, São Paulo, Brazil by a bystander, the dog is seen being held by a group of people (possibly neighbors or friends), who are comforting him as he barks. 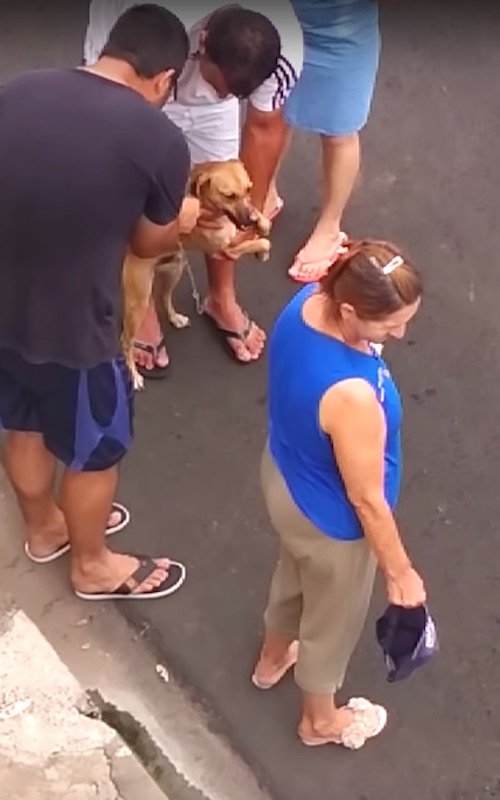 But at 1.05 minutes he breaks free and runs over to his human and leans on his chest. 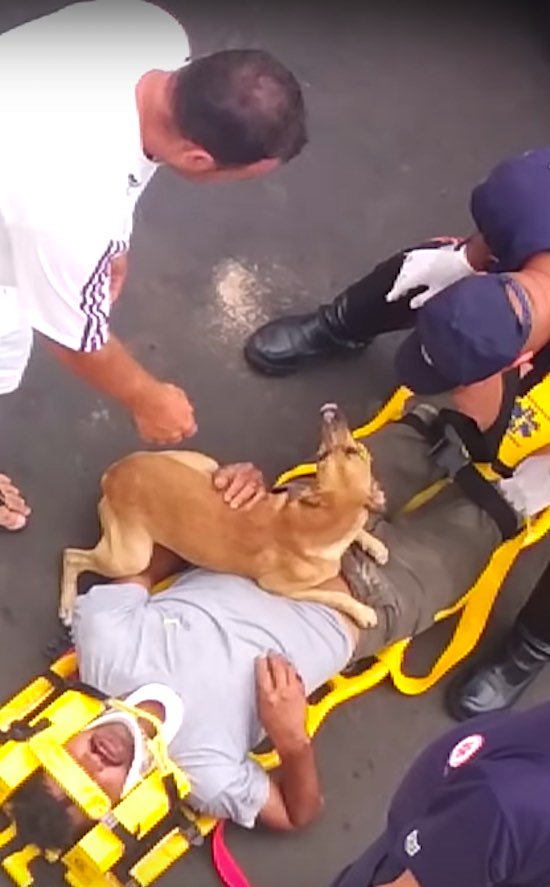 He is visibly protecting the man, who holds his dog in his arms to comfort him. 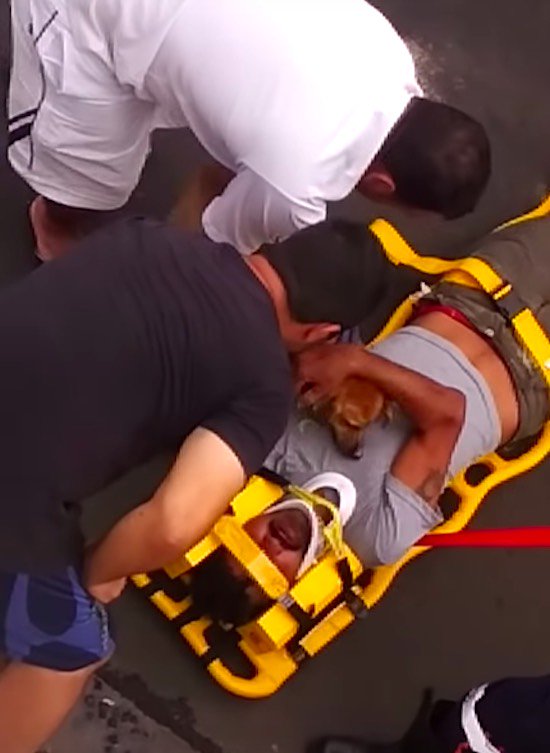 The incident occurred on Christmas Day and the person who filmed it told ViralHog:

“I was going to have lunch at my sister’s house, when I saw an ambulance in front. I saw a man who had fallen and his dog didn’t want to let the firemen help him, he wanted to protect him.”

His friend ends up covering the dog’s eyes with a baseball cap so that he doesn’t interfere with the paramedics loading the man onto a stretcher.

It’s so touching to see the dog’s emotion and care for his dad. We’re hoping the man and the dog are reunited soon.