It’s a happy ending for a story that stared out sad.

Bubba, a Jack Russell terrier-Chihuahua puppy found high on methamphetamine in Tustin, CA, four months ago, is drug-free and has a new family.

Bubba has He’s been at the shelter since being rescued by OC Animal Care – a rescue that went viral on social media. He’d been found in the corner of a known drug user’s room, listless.

His owner was arrested on an outstanding warrant and suspicion of possession of methamphetamine, heroin and drug paraphernalia and booked into Orange County Jail; Bubba was taken to OC AnimAnimal Care in Orange, where tests that revealed the little dog was high on methamphetamine and heroin.

Following treatment, and lots of fluids, showing signs of improvement immediately. Last week, his test results came back clear, and shelter staffers were delighted to put him up for adoption.

“We just want a nice warm home with a heart for animals,” Jennifer Hawkins, shelter director and chief veterinarian, told the OC Register.

Supervising Animal Control Officer Lt. Brian Frick was the first called to the scene at the motel. He came by to wish Bubba well. He recalled their meeting.

“I walked in and saw all these drugs on the ground,” he said. “I said ‘where’s the dog?’ and walked around the corner and saw him lying listless. He was so cold and lethargic, I thought it was just that he’d been taken from his mom too soon. I never suspected he may have gotten into drugs.”

He expected Bubba would be adopted quickly. 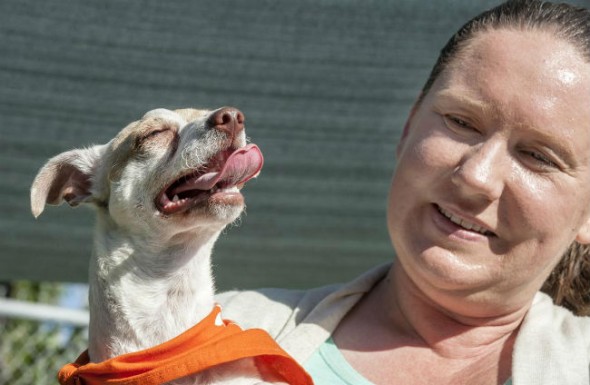 A father and son from Silverado Canyon showed up before the shelter opened. They had just moved to a house where they could have a dog. When they stopped in at OC Animal Care, they heard the story of the rescue.

“I want to get him,” he told his dad. “His troubled background makes me want to get him even more. It makes you feel good to give him a second chance.”

Father Jacob Allen said he lost a dachshund to coyotes a few years ago. He wondered if Bubba’s small size could make him more vulnerable.

“It’s an important decision, we have to think about this,” he told his son. “Having a dog is a big responsibility.”

Not long after, an Orange couple who had followed Bubba’s story since his rescue showed up at the shelter excited that he was still available, said Katie Ingram, assistant director of OC Animal Care. 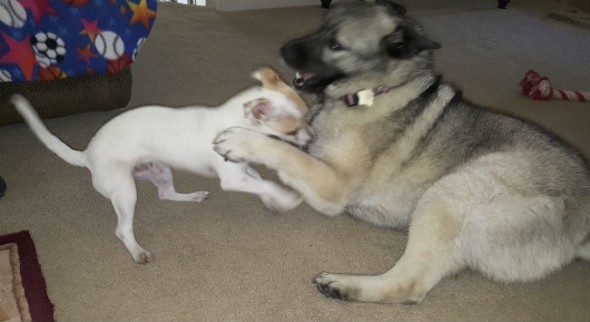 “They were a really nice couple and told us that Bubba would have a sister,” Ingram said. “Bubba bonded with them immediately.”

Shelter staff approved the adoption with the couple, who asked not to be identified. They took Bubba home at about 4 p.m.

“It made it more meaningful that they were able to help him out because of his rough start in life,” Ingram said. “We were happy they are home quite a bit. It’s what he deserves.”