Earlier this year, we brought you the story of Picasso, a dog whose facial deformity nearly got him euthanized until a rescue stepped in to save him. 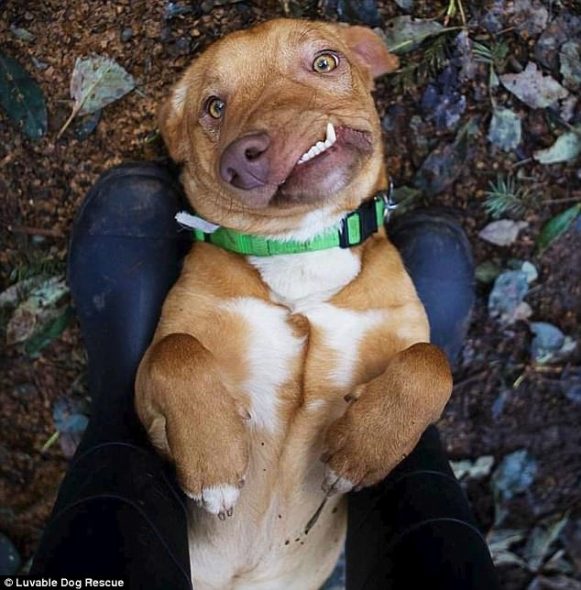 A corgi-pit bull mix, Picasso was born with a misaligned jaw. His backyard breeder dubbed him “unwanted” and he was dumped off at a California shelter where he was scheduled to be put down. His brother, Pablo, later ended up at the same facility.

That’s when Luvable Dog Rescue founder Liesl Wilhardt stepped in and scooped the pair up.

Sadly, the bonded pair is no more. Pablo, just 1, died tragically from a brain aneurysm — and Picasso, understandably, was very sad. But now he has found new purpose — and a forever home with Wilhardt — working as a therapy dog helping people with disabilities! 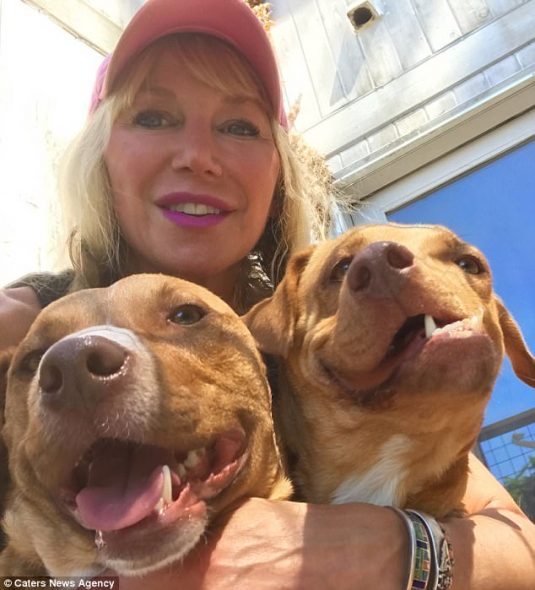 “I just fell in love with him as soon as I saw him,” Wilhardt told the Daily Mail. “He is training as a certified therapy dog and also serves as a Luvable Dog Rescue ambassador. He lives in my home with nine other rescued dogs. Picasso is courageously going forward with his therapy and service dog training without his brother by his side for the first time in his life.”

Wilhardt said losing Pablo was heartbreaking for Picasso. “They were so close. They had always been together.”

Picasso was not officially hers at the time. But once Pablo passed, she realized she’d fallen in love with the “abstract-faced” pooch and wanted him to join her forever family.

“Picasso is a very special dog, with an exceptional temperament….” she said. “I decided to bring him to my home and integrate him into my pack of dogs. I couldn’t face the thought of him being alone. He is a real survivor: he has survived his birth defect, living on the streets, the shelter and losing his brother. He has made new friends. This is his new family.”

Wilhardt wants folks to know that Picasso’s facial deformity doesn’t detract from his quality of life. 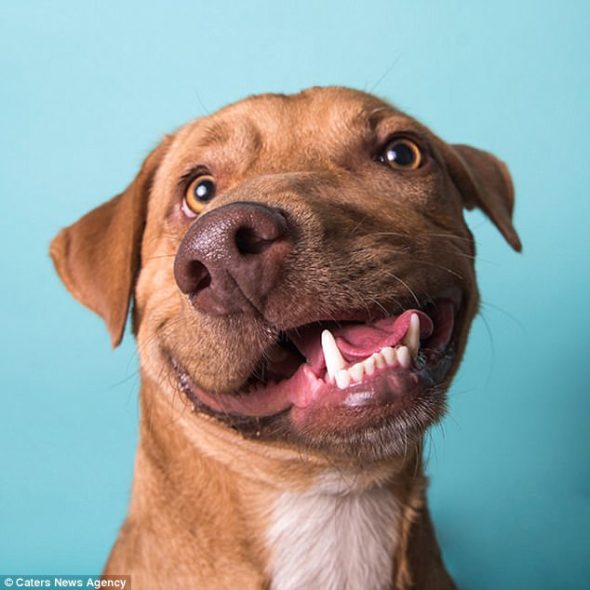 “Picasso’s jaw just grew crooked. The vets say he isn’t in any pain from it. It can sometimes make his eating difficult but other than that he is fine.”

These days, Picasso spends his time working toward his therapy dog certification and being an ambassador for Luvable Dog Rescue.

“I love this boy so much, and he’s had a hell of a rough life so far. I want the rest of his life to be amazing.”