Last month, in California, a man was out for a walk with his dog when he came across an unexpected sight. A puppy, dumped off to die because of some medical difficulties and deformities, was just sitting there on the side of the road. He wasn’t positive that the pup would make it, but he got the dog to help, and a life was saved. 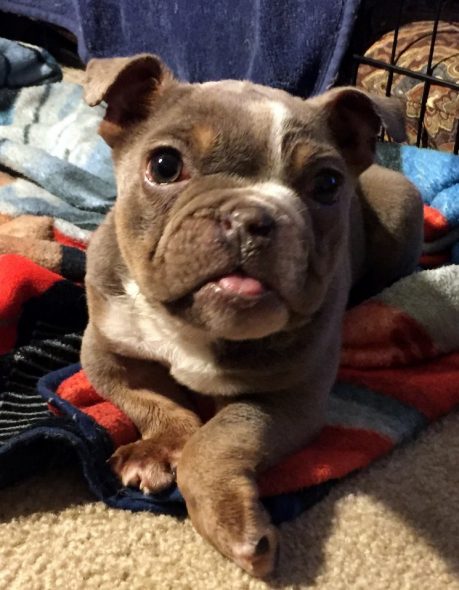 The man took the dog to local animal control officers.  The staff there began reaching out to rescues, but at first there wasn’t very much response.  Then, they got a hold of Leslie Bird, founder and director of NorCal Bully Breed Rescue.  As soon as she saw the puppy on a Facebook post, she dropped everything to help. 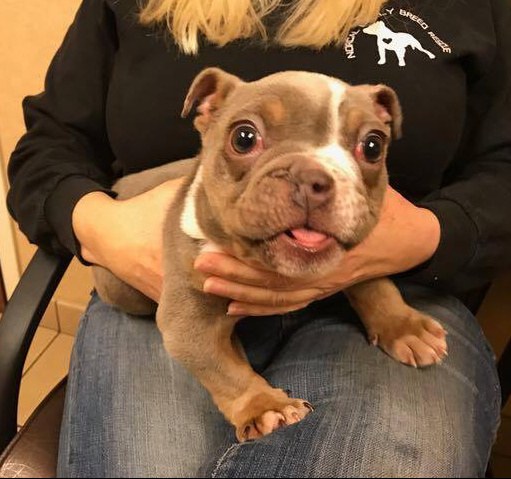 “Here was this little guy in front of us,” Bird said to the Dodo.  “He had the will to live and, at the time, we had the funds available to help him.”  She fondly named him Buggy and rushed him to her vet, Dr. Seth Bleakley. 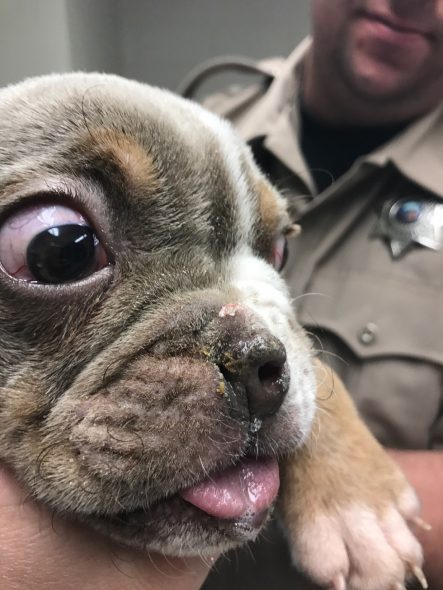 Dr. Bleakley figured the dog’s age to be about four months, but he only weighed 10 pounds.  Aside from that, there was a mile-long list of health problems this poor guy was facing, almost all of them genetic, and due to over-inbreeding, or just plain old poor breeding practices altogether.  One of the genetic issues has caused him to have a “bug-eyed” look to him, so he’s been named Buggy. 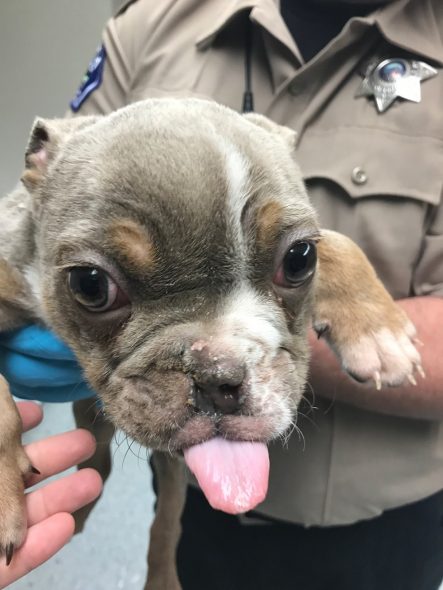 Buggy may have a metric ton of issues, but interact with him for just a few minutes, and you can see that he’s a very happy puppy.  Bird has shared his progress with Facebook, and not surprisingly, some people have words that are less than encouraging.  However, there are many still pulling for the little guy, and Bird is just deleting the detractors and moving on. 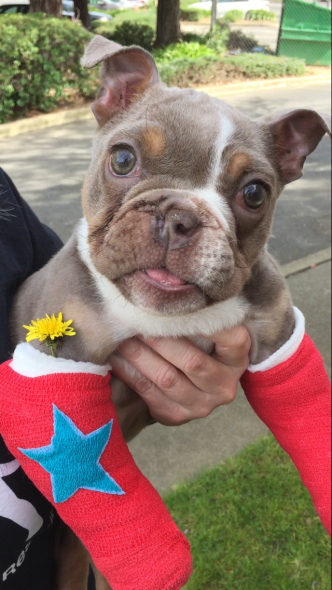 “One comment said Buggy needed to be rescued from us so he could be euthanized,” Bird said.  “I began deleting comments.  I wanted to keep positive thoughts only.” 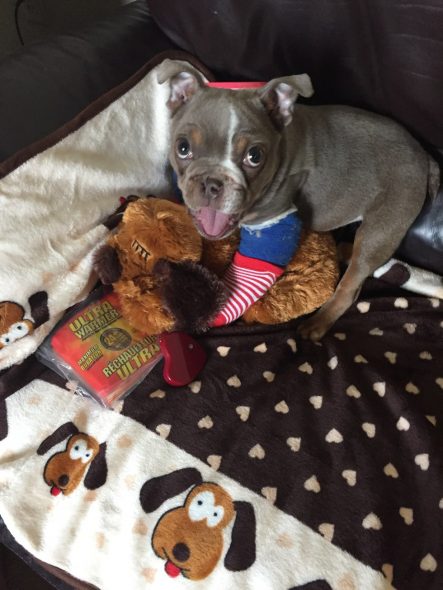 The vets that treat Buggy all agree, there’s no reason to euthanize him.  Instead, they have done every single thing they could think of, including many surgeries.  After a lot of hard work, it is expected that Buggy will have a full, and happy life. 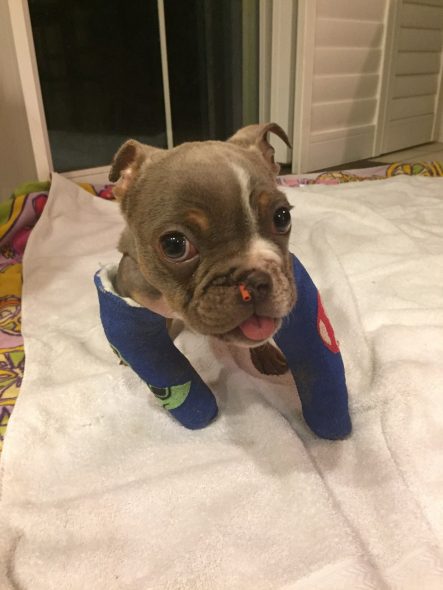