A drug-related crime scene is where this tiny puppy was left behind, scared and all alone. And she’s the last thing officer Mike Lynes was expecting to find in the bathroom. But once he saw her, he knew he had to have her. This was the beginning of Daisy’s new life.

Detective Mike Lynes found this puppy on the bathroom floor during a drug bust. He was not about to leave her behind… 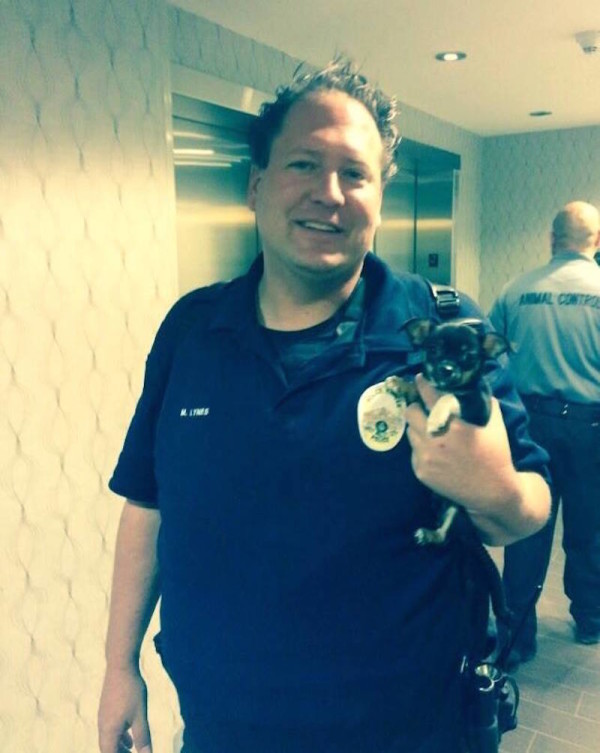 Daisy was brought back to the police station where she seemed to fit right in! 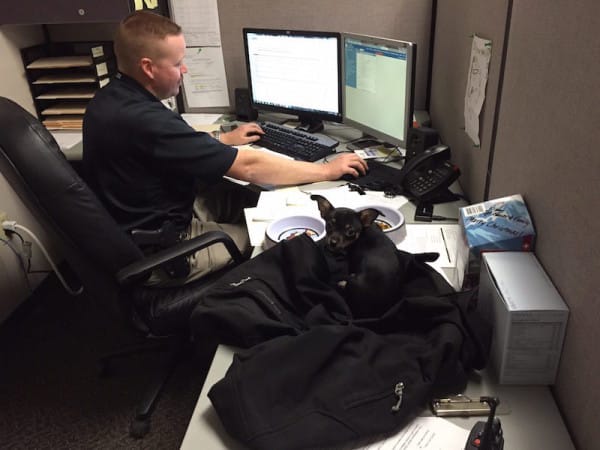 But they had to drop the pup off at animal control for a mandatory waiting period to see if anyone would claim her. 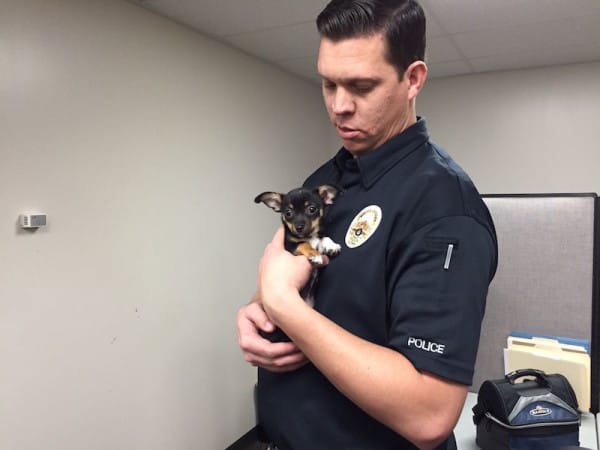 Officer Lynes couldn’t stop thinking about Daisy. After she went unclaimed, he filed to adopt her! 🙂 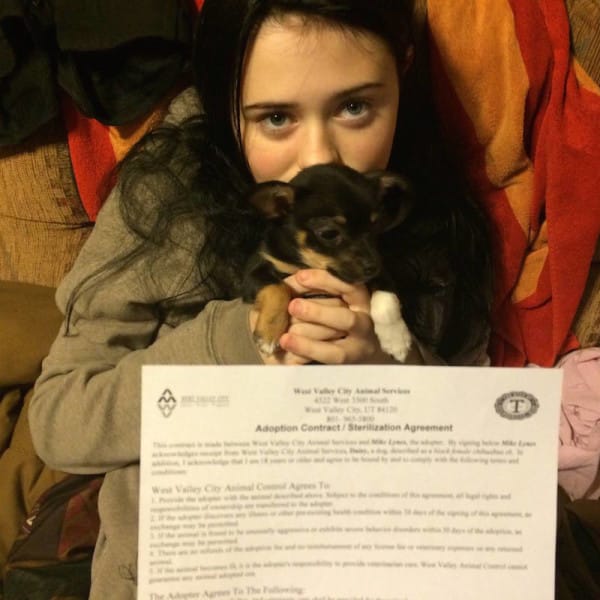 Now with her new loving family, Daisy spends her days teaching kids about the dangers of drug abuse while wearing this adorable vest. 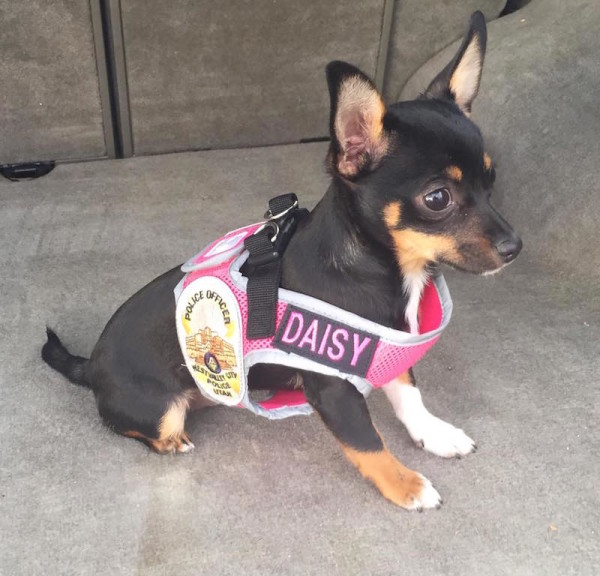 Thanks to a cop who refused to ignore her, Daisy has a place she can rest and a family that loves her. 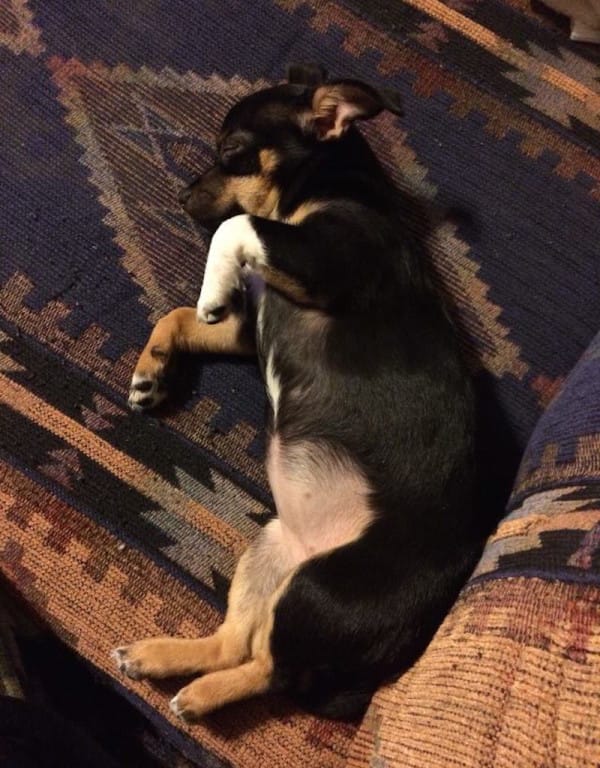 Daisy looks so content in her new home! What a happy ending after such a rough beginning for the little girl. 🙂